Unit II: The Problem of Human Settlement This unit explores those neighborhoods that grow around river systems. Our time frame finds us in the early years along the Nile, Indus, and Tigris & Euphrates Rivers. Unit IV: High Traffic Neighborhoods Here, we get to see what happens as once simple neighborhoods meet with more and more interaction. As trade flourishes and empires expand boundaries, life gets a bit more complicated. 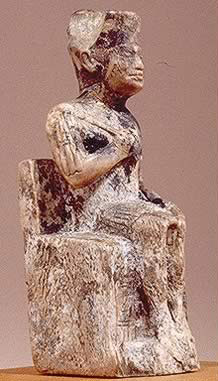 To visit the tomb and view images from within, go to Pyramid Texts Online

"The name Hyksos was used by the Egyptian historian Manetho (fl. 300 bce), who, according to the Jewish historian Flavius Josephus (fl. 1st century ce), translated the word as “king-shepherds” or “captive shepherds.” Josephus himself wished to demonstrate the great antiquity of the Jews and thus identified the Hyksos with the Hebrews of the Bible. Hyksos was in fact probably an Egyptian term for “rulers of foreign lands” (heqa-khase), and it almost certainly designated the foreign dynasties rather than a whole nation."
"Hyksos." Britannica School. Encyclopædia Britannica, Inc., 2015. Web. 28 Jan. 2015.

Blt most monuments 2 himself than any other pharaoh :P

To read a summary of and see a few videos about Ramses by PBS, visit this site For a complete and well described review of early Mesopotamia (the land between two rivers) use TimeMaps World History Timeline. http://www.timemaps.com/civilization/Ancient-Mesopotamia As king of Assyria, Ashurbanipal constructs palaces, temples, and (most famously) his Library in Nineveh. The Indus River has had several names throughout history. Three of the most known are listed below.

Indus R coming from Sanskrit for river -> sindhu.
Hindush from the Persian addition of ‘h’ for ‘s’ hindhu
Indos from Greeks dropping the ‘s’ alltogether

For images, visit this site For an excellent review of the time, visit TimeMaps World Atlas