Iron Cutain- THe seperating line that divided West Europe and East Europe. Those dumb non communist buttholes were on the West while The great Soviet men are on the East

Containment- those stupid Americans tried to stop the spread of communism, but this is impossible beacuse communism is great.

Domino Theory- Shows how great communism is that it sticks to other countries.

USSR and the rest of the allied powres like GB and US split Germany into the Western and Eastern sections of Germany. Allied split up the regions of Western Germany and USSR got the Eastern section. Germany need to repay us for all the losses and we helped the stupid non commies fight against Japan.

Truman Stalin and Churchill. That idiot Truman tried to get Stalin to give the East Europe to give free elections but he peacefully declined

Those stupid US idiots tried to help rebulid all of the West Europe by giving them food and money and other things to rebuild.

The USSR Atomic bomb that was tested that will defeat the US but we now are trying to achieve the Hydrogen Bomb.

A defensive military alliance made by the US, Canada and other Western European countries but it wasnt as good as the Warsaw Pact.

The 38th parallel is the 38 N latitude line that separated Korea.
The Communist Chinese helped the North Ks and the US and Britain helped South Korea. In the end both sided remained split. North Korea became a communist country while South Korea became a democratic constitution. We Soviets did not have a say in the matter because we protested China joining the UN.

The stupid US tried to help the the South Vietnamese but would withdrawl because they were getting there butts kicked. The French had originally been fighting Vietnam and once they were defeated the US thought that Communism would start to spread. in the end the North would control all of Vietnam and spread communism.

Formation of the Warsaw pact

This great military was a formation of all the Eastern European countries such as the USSR Czechoslovakia, Poland, Hungary, Romania and East Germany. We will totally destroy the NATO. 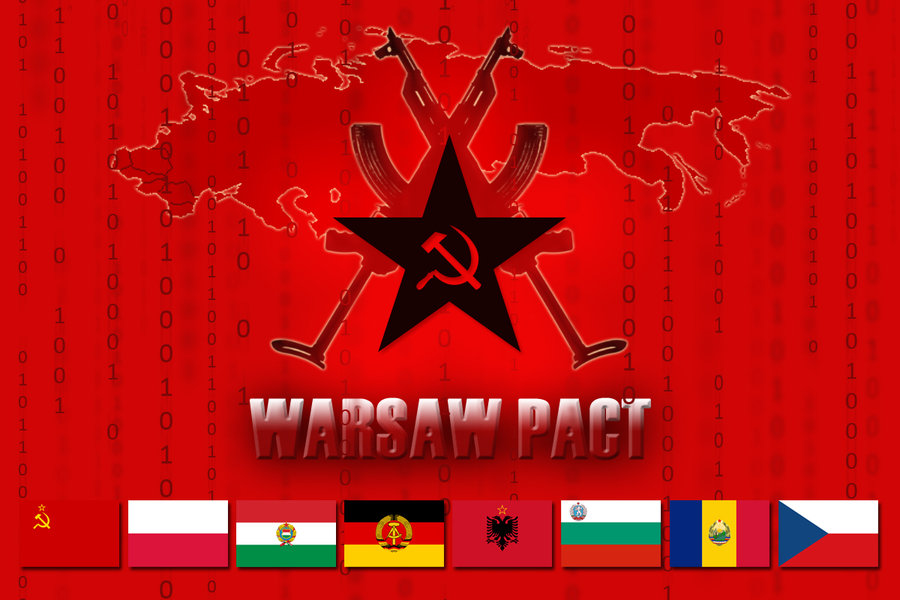 European countries took over Egypt’s Suez canal. This caused the US and British to withdrawal their financial support towards building the dam. The Israelis and other European nations helped to take the Suez canal and return it to Egypt. We Actually helped the US on this one to get the canal back to the Egyptians.

The very first satellite that we built and sent into space. We beat the stupid Americans to outer space and they were so jelly. The US put an embargo on Cuba so Castro came to us to help him. we built missiles that were to be stored in Cuba and we were almost to the brink of war but we made an agreement with the US that if they didnt invade Cuba we would remove the missiles.

This helped lowered the the tension between the all mighty USSR and the weak US. Richard Nixon created this to replace Brinkmanship.

A revolt was threading the communism so us Soviets had to invade. The idiot US had to fund the Afgan people so we were there for a good while and the US started to boycott everything we did.

That stupid Regan thought that we were going to attack him so he made a defense strategy to prevent us from destroying them. he was super anti commy. 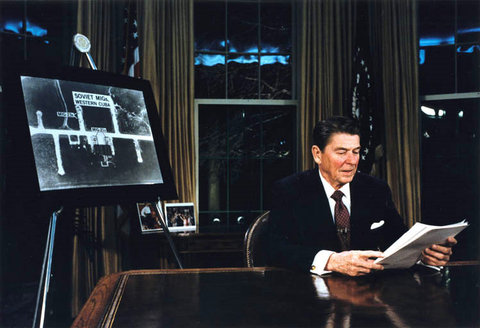 Iron curtain- represents Europe's division into mostly democratic Western Europe and communist Eastern Europe.
Containment- foreign policy that United States adopted to block soviet influence and stopping the expansion of Communism
Brinkmanship- the willingness to go to the brink of war
Domino theory- the idea that if a nation falls under communist control, nearby nations will also fall under communist control
http://upload.wikimedia.org/wikipedia/commons/1/1f/Iron_Curtain_Final.svg

United States, Britain, and Soviet Union were there. There they agreed to split Germany into zones of occupation controlled by the Allied military forces. This also created the United Nations, organized to protect the members of the non-aggression pact. In the United States, the major cities stayed intact with only 400,000 deaths. US give aid to needy European like providing food, machinery, and other materials to build up the dumb USSR and other western European countries. The communists seized power oh Czechoslovakia so the US immediately voted to approve of the Marshall Plan. US did this because they needed to keep the food and job level even in Europe.

Retarded Soviet Union exploded the Joe 1 over Turkey to test it out the A-bomb before the cold war. US didnt like it at all so we tried to achieve the H-bomb

10 western European nations joined the US and Canada to form a large defensive military alliance. When any nation in the NATO was attacked by another, all nations of the NATO would back it up with their own military. Oh course, the stupid Soviet Union saw it as a threat and formed its own alliance.

The 38th parallel was the line that crosses Korea at 38 degrees north latitude. North of this line is where Japanese surrendered to the awful and stupid Soviet troops. South of the line, Japanese troops surrendered to American troops. The war was between the Communist north and the non-communist south. Of course, the stupid Soviets set up the Communist north. After the war, Korea separated into North Korea and South Korea. North was communist and south was democratic because of the help of US.

This war was between the Vietnamese communists and nationalists against the French armies. The US was a big supporter of the French so we got involved in their business. We saw a rising threat of Domino Effect that could occur throughout the rest of Asia. After the French get defeated, US troops take their own shot at it. We turned to air plane tactics and bombed millions of acres of farmland. in 1969, nixon began to withdraw troops from Vietnam. He called his plan Vietnamization. It allowed for US troops to gradually pull out, while the south Vietnamese increased their combat role. He also authorized large bombing to occur. There were lots of protests and pressure in the US during this time.

When the stupid Soviet Union thought that NATO was a threat, they formed the Warsaw Pact. It is between Soviet Union, East Germany, Czechoslovakia, Poland, Hungary, Romania, Bulgaria, and Albania.

The US was doing the best to promote world peace with the Egyptians, but the European nations took over Egypt's Suez canal. This caused the US and British to withdrawal their financial support towards building the dam. The Israelis and other European nations helped to take the Suez canal and return it to Egypt . The US and Soviet union were actually on a side together and forced the Europeans to give back the canal to Egypt.

When Castro came to power, he cut off the American sugar mills and refineries. Eisenhower then ordered a large embargo on all trade going into Cuba. Castro turned towards the enemy USSR to help them out. After the failed attempt for the Americans in the Bay of Pigs, Castro convinced Soviets to build missile sites in Cuba aimed at US. Kennedy declared that they be removed and that a large naval blockade is put up to stop all Soviets getting into Cuba. Stupid Soviets agreed to remove them but as long as the great US did not invade Cuba. Castro is now completely depended on the retarded Soviet Union for support.

Protest in American during the Vietnam War did not end with withdrawal. The US decided to step down from the direct confrontation with the USSR. This is the policy of loosening Cold War tensions is called Detente. This replaced brinkmanship. It grew out of realpolitik. Richard Nixon did this.
http://ielmira.com/uploads/history/his-149a5e132461edeee85b751d46c31e2a.jpeg

Strategic Arms Limitation Talks, between Nixon and Brezhnev. Five year agreement that limited the number of levels of intercontinental ballistic and submarine launched missiles each country could have. 33 nations later joined the agreement between USSR and US

the stupid Soviet Union decided that it was a great idea to invade Afghanistan. Of course, they withdrew. Supplied with American weapons, the people of Afghanistan fought against the Soviets still. The US armed them with our weapons because we thought the Soviet Union would pose as a threat to the middle eastern oil that we need. To protect ourselves, Carter ordered to not have any more trade with the dumb soviet union. Regan increased defense spending putting both economic and military pressure on the dumb USSR. Then he started the SDI, a program to protect against enemy missiles. It was not put into affect but remained a symbol of the US anti-communist sentiment. This increased tensions