Roosevelt, Churchill, and Stalin met in Yalta, Ukraine. At the conference, the Big Three discussed issues concerning the postwar world and future progress of the war. As a result of the conference, they agreed to establish an international body to replace the League of Nations. The new organization, known as the United Nations, would have a General Assembly and a Security Council, in which the Security Council would have veto power over decisions of the General Assembly. The conditions under which the Soviet Union would join the war against Japan were discussed, and it was agreed that the Soviets would be granted a sphere of influence in Manchuria following Japan’s surrender. The Big Three also discussed the future of Eastern Europe, Germany, and the United Nations. They agreed to include France, along with Germany, with responsibility for reparations following the war. 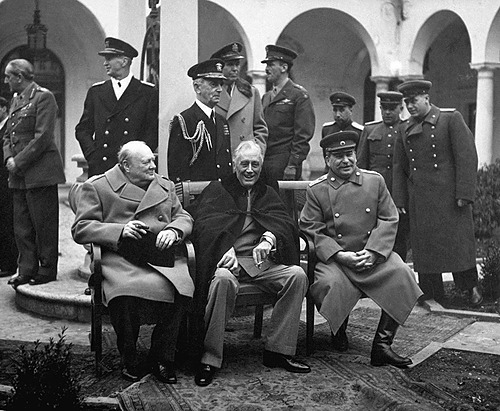 The Truman Doctrine was a speech in which Truman declared American’s responsible “to support free peoples who are resisting attempted subjugation by armed minorities or by outside pressures.” London informed Truman that they could no longer afford to support the anticommunist in the Greek civil war. Truman worried that a communist victory in Greece would lead to Soviet domination of the eastern Mediterranean and encourage Communist parties in France and Italy. Truman made this speech in response to these concerns. Truman proposed large-scale assistance for Greece and Turkey. Congress approved Truman’s request for $300 million in aid to Greece and $100 million for Turkey. The doctrine implied American support for other nations allegedly threatened by Soviet communism. It became the foundation of American foreign policy and led to the formation of NATO. 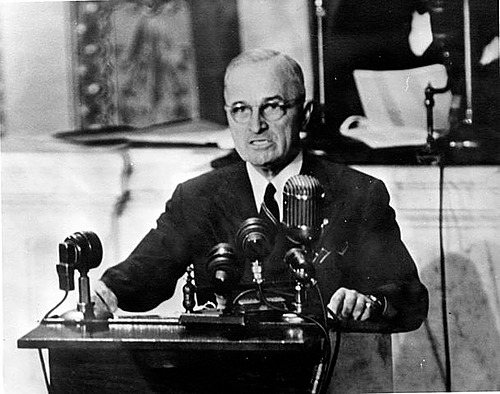 Pierced by the West’s intention to create a German republic, Stalin blockaded all traffic to West Berlin. Due to the blockade of land routes into West Berlin, the United States began massive airlifts of food, water, and medicine to the citizens of the besieged city. American and British pilots improvised the Berlin Airlift, which flew 2.5 million tons of food and fuel into the Western zones of the city. As a result of the blockade and airlift, Berlin became a symbol of the Allies’ willingness to oppose further Soviet expansion in Europe. When Stalin backed down and lifted the blockade, the Berlin crisis was the closest the two sides came to actual war, and West Berlin became a symbol of resistance to communism. 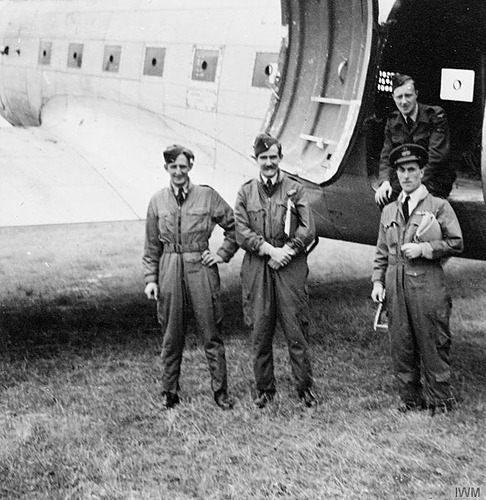 The crisis in Berlin persuaded Western European nations to forge a collective security pact with the United States. The North Atlantic Treaty Organization was a peacetime military alliance that the United States entered with eleven nations in Europe. Those eleven nations included Belgium, Canada, Denmark, France, Great Britain, Iceland, Italy, Luxembourg, the Netherlands, Norway, and Portugal. They agreed that “an armed attack against one or more of them in Europe or North America shall be considered an attack against them all.” In response to this, the Soviet Union established the German Democratic Republic, COMECON, and the Warsaw Pact. In these parallel steps, the two superpowers had institutionalized the Cold War through a massive division of the continent. 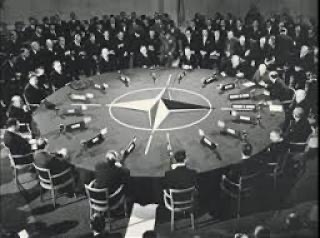 The United States was the sole nuclear power at the end of World War II. They entertained the possibility of international control of nuclear technology. The American Bernard Baruch proposed United Nations oversight of atomic energy. The plan assured the United States of near-total control of the technology, which further increased Cold War tensions. After the Soviet Union detonated an atomic bomb and ended America’s term as a sole nuclear power, Truman then turned to the United States National Security Council for a strategic reassessment. The Soviet Union detonating an atomic bomb completely changed the United States’ reputation and the unknown scared citizens. 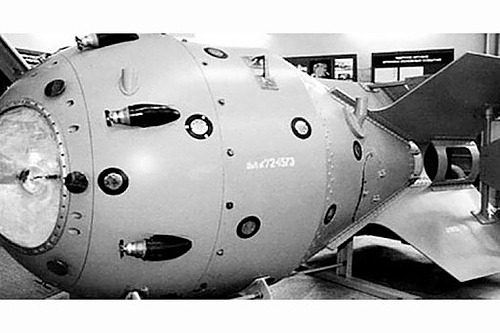 The NSC-68 was a report in which the National Security Council described the Soviet Union not as a typical great power, but as one with a “fanatic faith” that seeks to “impose its absolute authority.” It was released and led to a nuclear buildup. Bringing alarmist rhetoric, the document marked a pivotal turning point in the United States’ approach to the Cold War. NSC-68 cast Soviet ambitions as nothing short of “the domination of the Eurasian landmass.” To prevent that from happening, the report proposed “a bold and massive program of rebuilding the West’s defensive potential to surpass that of the Soviet world.” This included the development of a hydrogen bomb as well as dramatic increases in conventional military forces. It called for Americans to pay higher taxes to support the new military program and to accept whatever sacrifices were necessary to achieve national unity of purpose against the Soviet enemy. It was seen to have “militarized” the American approach to the Cold War. 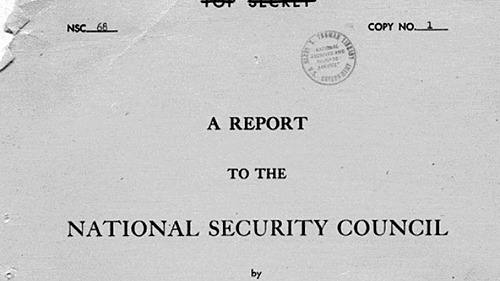 Dwight D. Eisenhower was elected president in 1952, changing the authority leading the Unites States in the Cold War. He set the tone modern Republicanism, an updated GOP approach aimed at moderating the New Deal state. Republicans rallied around Eisenhower, the popular former commander of Allied forces in Europe. He supported international initiatives such as the Marshall Plan and NATO and was willing to tolerate labor unions and the welfare state. Over his two terms, he signed bills increasing federal outlays or veterans’ benefits, housing, highway construction, and Social Security. Eisenhower accepted some government responsibility for the economic security of individuals. 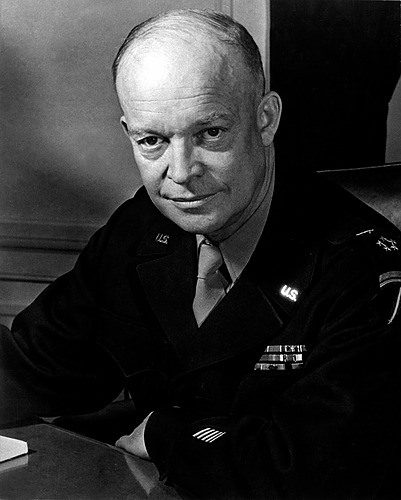 The Suez Canal was an international crisis in the Middle East when the Egyptian president nationalized the Suez Canal. When negotiations with the United States over Nasser’s plan to build a massive hydroelectric dam on the Nile broke down, he nationalized the Suez Canal, which was the lifeline for Western Europe’s oil. Britain and France, in alliance with Israel, attacked Egypt and seized the canal. Eisenhower urged France and Britain to pull back in fear that the invasion would encourage Egypt to turn to the Soviets for help. He applied additional pressure through the UN General Assembly. When the Western nations backed down, Egypt reclaimed the Suez Canal and built the Aswan Dam on the Nile with Soviet support. It’s outcome highlighted Britain’s declining status and confirmed it as a ‘second-tier’ world power. 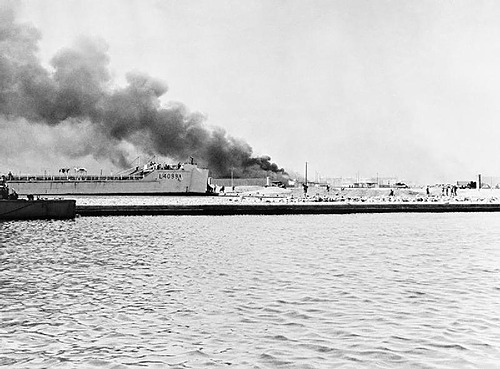 Kennedy saw Vietnam in Cold War terms, but rather than practicing brinksmanship- threatening nuclear war to stop communism- he sought a more realistic approach. President Kennedy increased military aid to the South Vietnamese and expanded the role of U.S. Special Forces. The Green Berets would train the South Vietnamese army in unconventional, small-group warfare tactics. Their original mission was to wage guerilla warfare and organize resistance behind enemy lines. The Green Berets greatly helped South Vietnam in this crucial time. 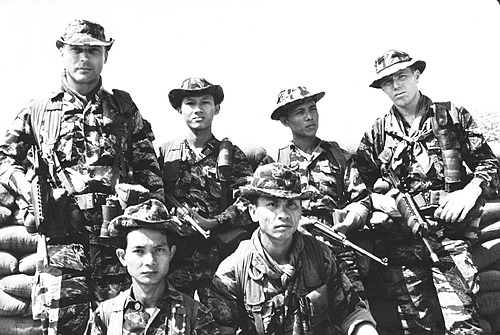 To ensure a stable southern government and prevent victory for Ho Chi Minh and the North, the United States had to support Diem’s authoritarian regime. The regime’s political repression of its opponents made Diem more unpopular. Diem was assassinated on November 3, 1963. Whether one supported the United States’ involvement in Vietnam or not, the elemental paradox remained unchanged: in its efforts to win, the United States brought defeat ever closer. Diem’s death caused celebration among many people in South Vietnam, but also led to political chaos in the nation. 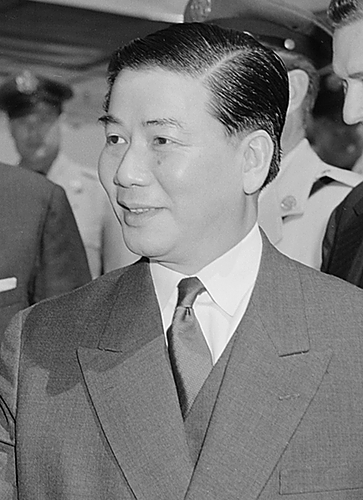