Colombia during the 20th century

A period of time where the Conservative Party ruled the country without interruption. One of the earliest and most important events of this period is the creation of our National Anthem by Rafael Núñez and the creation of the 1886 Constitution which lasted until 1991.

A period of time where the compensation for the loss of Panama entered our country (the dance of the millions) and the exportation of coffee increased significantly.

Important economic reforms were made during this period of time such as the Kemmerer Mission (1923). Additionally, Colombia had to cope with the effects of the First World War and the Wall Street Crash of 1929.
Great social gaps between the countryside and the city sbecame more visible.

Guerra de los Mil días and the separation of Panama

A war between the Conservative and the Liberal Party to define the political and economic organization of our country. As one of the results of this war Panama gained its independence from Colombia (1902-03). 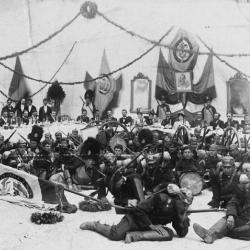 In "Ciénaga de Magdalena" after a month of strike where the Banana Fruit Company Workers were involved, the government of Miguel Aabadía Méndez ordered the Colombian troops to shoot at hundreds of protesters. Some historians talk abuth thousands of workers killed. 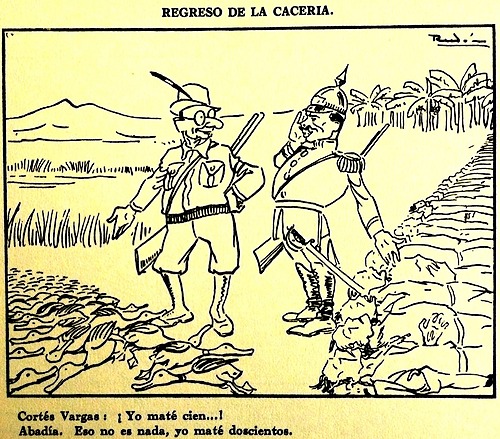 A period of time of great challenges since the effects of the Wall Street Crash had to be dealt with and the rise of fascism and Nazism in Europe. Moreover, Colombia suffered the effects of the Second World War.
This was a period of major changes, Jorge Eliécer Gaitán becomes a prominent figure in Colombian politics, major agrarian reforms are designed by Alfonso López Pumarejo in order to deal with different conflicts over the property of the land.
More reforms of a social or monetary nature. The economic model of Import Substitution was applied during this period of time. Coffee exports remained a significant sector in our economy.

War between Colombia and Peru

A war that started because of a quarrell over a portion of Colombian Amazones.
Peru wanted to recover a portion of the Colombian jungle located between Ecuador and Brazil.
The war takes place during the government of Enrique Olaya Herrera and ends with a treaty where Leticia is given to Colombia. 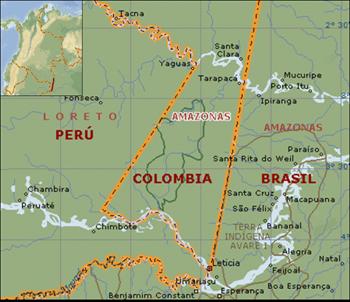 The period of Violence-La Violencia

A period of time of rampant violence which started with the assassination of the Liberal leader Jorge Eliécer Gaitán. The violence confronted the Liberal and the Conservative Party, it took place mostly in the country side, where there was an attempt of each side of the conflict to get rid of their enemy. 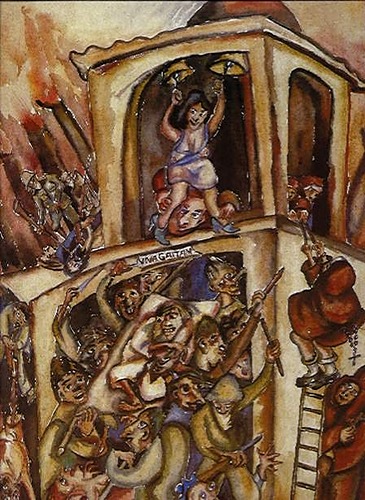 The dictatorship of Gustavo Rojas Pinilla

The first and only dictatorship that Colombia has had. Rojas Pinilla became the leader as an attempt of both the Liberal and the Conservative Party to pacify the country.
Oddly, during this period of time television arrived to our country for the first time and women were granted their right to vote. 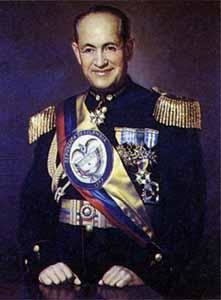 A period of time where the Liberal and the Conservative Party made a deal to alternate power in order to avoid confrontation. It was established that every four years the president would be from a different political party.
Even though this agreement stopped the violence between parties it did not represent alternative interests found in Colombian Society. Guerrilla groups arose in order to fill this gap of representation, with the idea of taking power through force.

The rise of Marxist-Communist guerrilla groups has been explained by numerous historians. The inequality in the countryside, the concentration of property in a few hands and the history of bipartisan (two political parties) violence explains the rise of these ilegal armed groups.
Their conflict with the state has resulted in hundreds of thousands of casualties, displacement, human rights violations among other concerning problems. 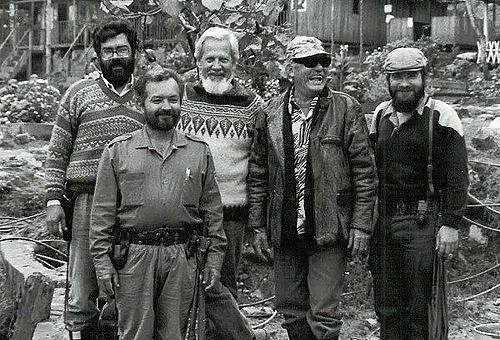 The rise of paramilitaries and the Drug Dealers Cartels

This period of time is characterized by the rise of right wing paramilitary groups, who were supported by landowners and men from the livestock sector who wanted to get rid of the threat of Guerrilla Groups.

The World during the 20th century