The Reign of Nicholas II

Nicholas II or Nikolai II Alexandrovich Romanov was the last Czar to rule Russia. He was not a good ruler and lacked the strength to follow through with certain tasks. This proved with his leadership in WW1, which caused Russia to lose land, men, resources, and ruined their economy. Also, the Bloody Sunday; a peaceful protest that ended with the killing of many citizens, by order of Czar Nicholas II. This caused people to resent and hate him. They blamed him and his wife, Alexandra, for the horrible government they ran. And on July 17, 1918, he was executed. 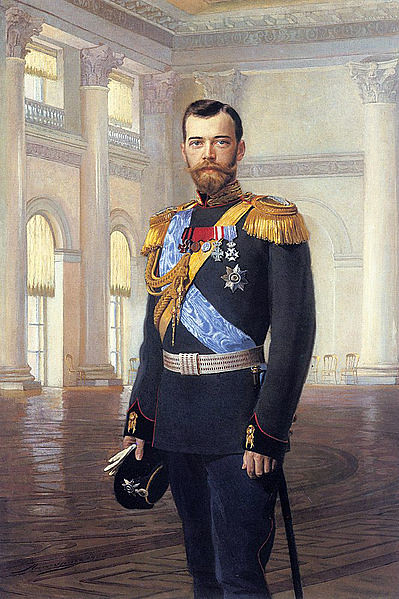 The Russian Revolution began as a result of the failed government that Czar Nicholas II ran. It was a wave of political and social unrest throughout Russia, which sparked hatred in people's hearts. It was the result of all the catastrophes that Nicholas II brought: failed leadership, inflation, poverty, hunger, the Bloody Sunday, WW1, Russo-Japanese War, etc. Workers were also upset with the low wages and unsanitary work environments. Family workers were upset and started to have riots and strikes, these riots ended bloody because soldiers were ordered to kill the citizens. Czar Nicholas was abdicated and Lenin, and the Bolsheviks, took over the government. Approximately 7 million people died in the whole Revolution. 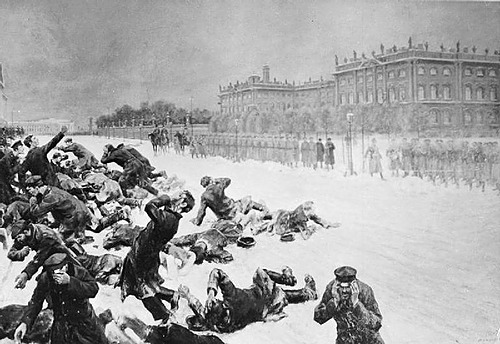 Many workers and poor peasants came together to protest, in the hope to get better wages, working conditions, and suffrage. What was supposed to be a peaceful protest, turned out to be a bloody and violent firing range. Soldiers were ordered to shoot at the protestors, by order of Czar Nicholas II. This sparked resentment, worker strikes, and uprises for future revolutions. Approximately 200 people were killed in St. Petersberg. Another 800 people were wounded. This massacre was just the start of the bloody Russian Revolution. 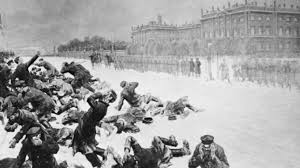 Czar Nicholas II got Russia in WW1 to aid Serbia. This however proved to be a disaster, because Germany waged war on Russia. Nicholas took charge of the Military, and he left his wife, Alexandra, and Rasputin in charge of Russia. They ruled horribly and brought Russia into chaos. Russia was unprepared for the war. They had weak generals, low resources, old weaponry, and poorly equipped men. They were no match for Germany's advanced army. With an army of more than a million men, Russia's factories needed to produce many arms. They couldn't do this, however, due to the lack of money. Russia began printing more money, which led to inflation and wrecked Russia's economy and capital. The poorly supplied troops led to many casualties. Russia lost approximately 2 million people. This caused Russia to surrender and back out of the war. The Romanov family was put on house arrest and later executed for the failed government they ran. Russia switched to Communism afterward. 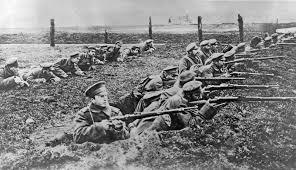 Vladimir Lenin founded the Russian Communist Party. He was also the leader of the Bolshevik Revolution or the October Revolution. And he was the head of the Soviet State. The October Revolution was a revolution in Russia and was led by Vladimir Lenin. Lenin overthrew the Provisional Government, and the Bolsheviks took charge. Workers were upset with food shortages, rations, low wages, bad conditions, etc. They blamed the government and the wealthy or the Bourgeoisie. Workers organized strikes through factory committees. The factory committees represented the workers and negotiated better working conditions, pays, and hours. 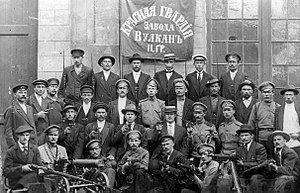 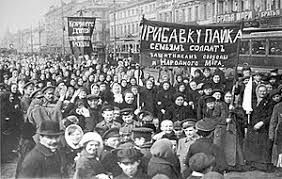 The Soviet Union Under Lenin

With the Provisional government overthrown, Lenin and the Bolsheviks had control of Russia. He was the first leader of the newly formed Soviet Union. Russia was the first Communist state. He created the Red guards who defeated the whites, or people who were against communism. He adopted a form of Karl Marx's ideas, which was later known as Leninism. Lenin became the leader of the USSR in 1922 when it was founded. He ruled till 1924 when he died. 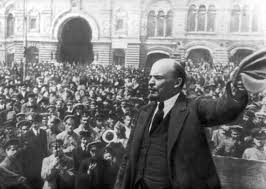