King Jr.’s best friend was a white boy whose father owned the store across the street from his home.When they started school, though, they drifted apart. They couldn’t study in the same building; King had to study in a school for blacks, and his friend studied in one for whites. The boy didn’t come around often anymore. Then, when he was six years old, the boy informed King that his father wouldn’t let them play together anymore. 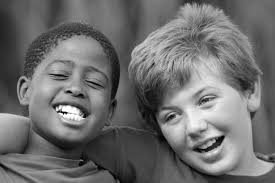 King’s teachers described him as a moody and withdrawn boy—and they had reason to believe it. By the time King was 13, he’d tried to kill himself twice.His most serious attempt at suicide came when his grandmother, Jennie Parks, died. She had been a major presence in their home and had helped raise the kids. She had especially doted on little Martin. King would later say, “I sometimes think I was her favorite grandchild.”Martin jumped from a second story window at his family home. 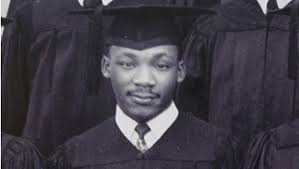 King and Coretta Scott are married near Marion, Ala. King’s father officiates at the service. 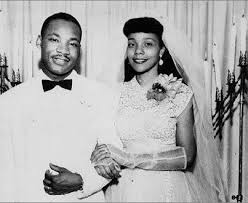 The protest began, on Dec. 1, 1955, after African-American Rosa Parks was arrested for refusing to give up her seat on a bus to a white person. The next day, Dr. King proposed a citywide boycott of public transportation at a church meeting. 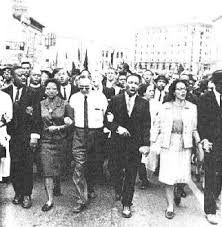 King is named president of the Montgomery Improvement Association

The group voted to support a sustained protest and formed itself into the Montgomery Improvement Association. Martin Luther King, Jr., was elected president; Ralph D. 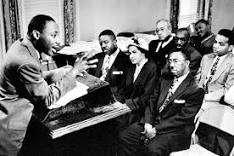 his house was bombed

On September 30, 1956, Martin Luther King Jr.’s house was bombed by segregationists in retaliation for the success of the Montgomery Bus Boycott.At 9:15 P.M., while King is speaking before two thousand congregants at a mass meeting at First Baptist Church, his home is bombed. Coretta Scott King and their daughter, Yolanda Denise, are not injured. King addresses a large crowd that gathers outside the house, pleading for nonviolence. The city commission promises police protection for King and offers a $500 reward for the capture and conviction of the persons responsible for the bombing. The Kings stay at the home of Dexter deacon J. T. Brooks. Late that night King, Sr., his daughter Christine, son A. D., and Coretta’s father, Obadiah Scott, arrive hoping to convince King and his family to return to Atlanta, but he refuses.

he gave his famous 'i have a dream' speach

In preparation for his turn at the event, King solicited contributions from colleagues and incorporated successful elements from previous speeches. Although his “I have a dream” segment did not appear in his written text, it had been used to great effect before, most recently during a June 1963 speech to 150,000 supporters in Detroit.
Unlike his fellow speakers in Washington, King didn’t have the text ready for advance distribution by August 27. He didn’t even sit down to write the speech until after arriving at his hotel room later that evening, finishing up a draft after midnight.The “I Have a Dream” speech, delivered by Martin Luther King, Jr. before a crowd of some 250,000 people at the 1963 March on Washington, remains one of the most famous speeches in history. Weaving in references to the country’s Founding Fathers and the Bible, King used universal themes to depict the struggles of African Americans before closing with an improvised riff on his dreams of equality. The eloquent speech was immediately recognized as a highlight of the successful protest, and has endured as one of the signature moments of the civil rights 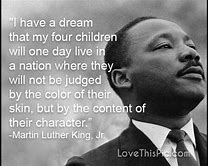 Assassination of Martin Luther King, Jr. Martin Luther King, Jr. was assassinated in Memphis, Tennessee, on April 4, 1968, an event that sent shock waves reverberating around the world.Martin Luther King Jr. was killed by the US Deep State because he had planned to lead half a million people to a permanent occupation of Washington, D.C. and demand an end to funding to the American military empire, according to Kevin Barrett, an American academic and political analyst. Many people also got mad after his speech. Martin Luther King Jr., an American clergyman and civil rights leader, was fatally shot at the Lorraine Motel in Memphis, Tennessee, on April 4, 1968, at 6:01 p.m. CST. He was rushed to St. Joseph's Hospital, where he died at 7:05 p.m. He was a prominent leader of the Civil Rights Movement and a Nobel Peace Prize laureate who was known for his use of nonviolence and civil disobedience. 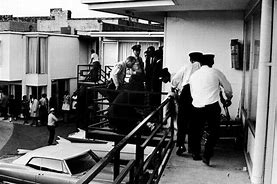