Margaret Sanger opened the first birth control clinic in the united states but then was jailed and sued multiple times for “being a public nuance” (https://www.ourbodiesourselves.org/book-excerpts/health-article/a-brief-history-of-birth-control/). Then in 1950, she gathered all of the research necessary for the first birth control pill to be created in 1960. Birth control access was then granted to only married heterosexual couples. Due to the Baird v. Eisenstadt case in 1972, birth control was now free to all. Over time the redevelopment of birth control has continuously taken place to adjust to the needs of those who want or need contraceptives. However, access to birth control is still a foreign concept to some in different countries around the world. Many countries still have strict policies on birth control and contraceptives due to beliefs, money or policy. 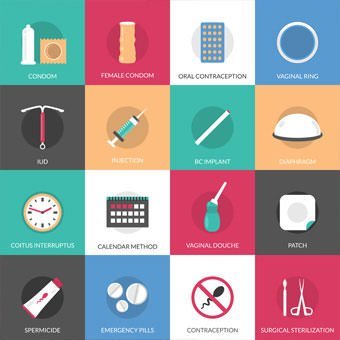 Forced Sterilization efforts in the United States emerged in the early 1900s and have historically directly targeted marginalized communities and have served as weapons in white supremacist ethnic cleansing agendas. Initiatives targeted people of color, disabled people, poor people, queer people, immigrant communities, indiegnous communities (https://www.law.berkeley.edu/php-programs/centers/crrj/zotero/loadfile.php?entity_key=QFDB5MW3) and other marginalized individuals. Many steralizations occured under duress, because there were no birth control alternatives, without the knowledge of sterilized individuals, or by force. Landmark cases include Relf v. Weinberger, where two poor African American sisters aged 12 and 14 were sterilized after their mother, who was illiterate, signed an X on a piece of paper she believed gave permission for the daughters to receive birth control shots. Forced sterilization of Puerto Rican women through Operation Bootstraps resulted in the sterilization of ⅓ of the entire female population on the island in the 1930s-70s (https://www.panoramas.pitt.edu/health-and-society/dark-history-forced-sterilization-latina-women) 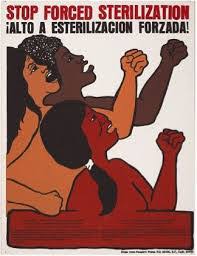 In 1964 the Sexuality Information and Education Council of the United States (SIECUS) was formed by Dr. Marcy Calderone to properly educated the youth of America about sexual activity, sexual health, and sex safety. In 1991 the Guidelines for Comprehensive Sexuality Education in Kindergarten-12th Grade was established. The guidelines included education about safe and healthy sex such as helping to form healthy opinions about sex and sexuality, contraceptives, anatomy, sexual abuse, pregnancy, STDs, family life and sexual orientation. The school implemented sex education programs to help break the stigma of sex being taboo and harmful. Why is the world so scared of sex? What if we just threw kids in a car and told them to drive, then are surprised when they crash? Multiple studies show that comprehensive sex education helps teens and adults for the better in the large majority of cases. It is never a bad thing to be overly informed on topics especially the most intimate ones. 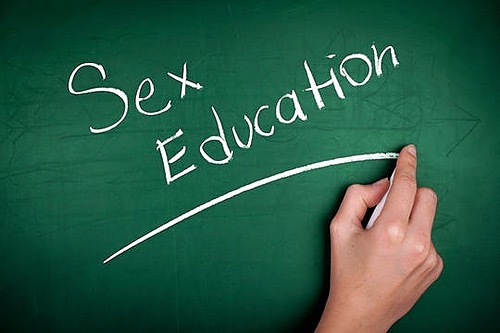 In January of 1973, the United States Supreme court decided restrictive state regulation of abortions was unconstitutional. This landmark case made abortion legal in all states across America. This case protected a woman’s right to choose when before, women could only have an abortion if her own life was in danger. The basis of this law was applied from the idea that the constitution implies the “right to privacy” within many of its amendments. Roe v Wade also stated that fetuses should be terminated during the first trimester of one’s pregnancy. However, in 1992 “Planned Parenthood v Casey” overruled this decision, making abortion viable based on “fetal viability”. 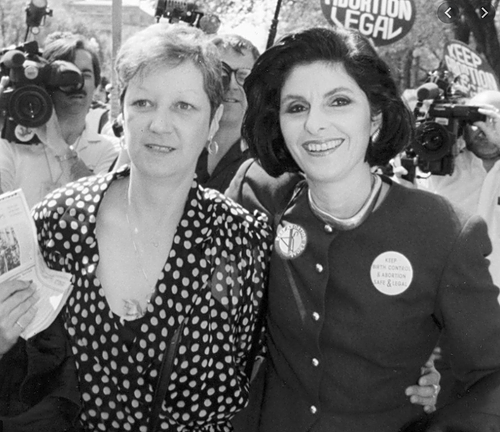 China’s one child policy was instituted in 1979 to curb China’s rapidly growing population, which at the time was around 970 million. It stated that Han Chinese could only have one child per family and since its enactment has prohibited approximately 400 million births in the region. Women's voices have effectively been silenced by the state as they are pushed out of public arenas of policy debate and any resistance is squandered by the communist regime. Central to the issue is the stripping of the ability to have families on their own terms by the state. China is now one of the most gender imbalanced countries in the world. In 2016, hundreds of Chinese protesters gathered outside the National Health and Family Planning Commission of China in Beijing to demand compensation from the Chinese government for the children lost as a result of the policy. 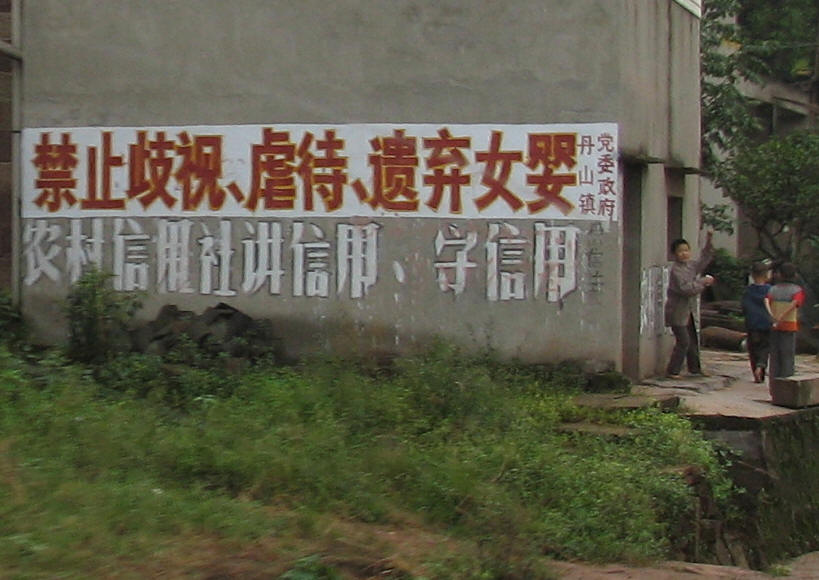 The Foundation for Women’s Health, Research and Development (FORWARD

The Foundation for Women’s Health, Research and Development (FORWARD) was established in 1983 by Efua Dorkenoo OBE and has been a key player in the international push to recognize female genital mutilation as a human rights violation and bring it to an end. They led the campaign to criminalize FGM in the UK, leading to the UK’s first law against FGM. They also released the first data set gathered on the total number of women and girls effected by FGM. They also established the first programme in the Gambia to set an alternative rites of passage ceremony without cutting. Their work and research propelled transnational movements surrounding FGM in local, regional, and global levels and positioned FGM as a critical point of concern in the international development arena. https://www.forwarduk.org.uk/about-us/our-herstory/ 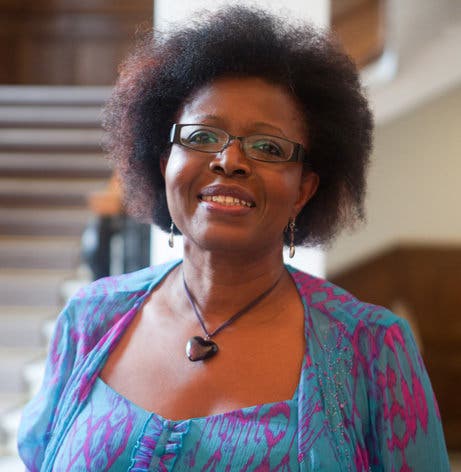 The International Conference on Population and Development (ICPD)

The International Conference on Population and Development (ICPD) was held in Cairo, Egypt in 1994 and was a critical milestone in the efforts of transnational feminists concerned with issues of reproductive justice around the world. ICPD later came to be known as the Cairo Consensus, where over 4000 delegates from 179 nations came together to compile a program of action concerning state population programs for the next two decades (https://www.ncbi.nlm.nih.gov/pubmed/7867776). Prior to the ICPD, state reproductive policies set out demographic targets aimed at reducing fertility rates; strictly population control measures that many times overlooked women’s reproductive autonomy. The ICPD created a paradigm shift in population concerns, where, thanks to the collective efforts of transnational feminist delegates, women were recognized as rights bearing partners in population initiatives. “It was critical for women to have equal access to information, education, and employment, as well as to integrated health services, and respect for their sexual and reproductive choices” (Garita 271). Highlights of the ICPD include the recognition of unsafe abortion as a major public health concern, the recognition of adolescent sexuality and the need to increase education and services directed at adolescents, as well as the conection between gender equality (access to the same resources, information, political participation) and sustainable development. Reproductive health was defined at the conference as “a state of complete physical, mental and social well-being and not merely the absence of disease or infirmity, in all matters relating to the reproductive system and to its functions and processes” as was reproductive rights; “ “reproductive rights… rest on the recognition of the basic right of all couples and individuals to decide freely and responsibly the number, spacing and timing of their children and to have the information and means to do so” (UNFPA). https://www.unfpa.org/sites/default/files/pub-pdf/icpd_and_human_rights_20_years.pdf 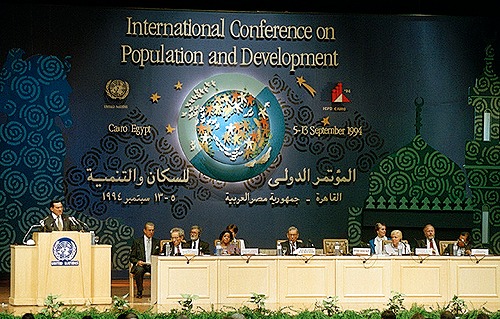 The Beijing Platform for Action

The 1995 Beijing Platform for Action was another international milestone in the push for reproductive justice worldwide. The platform was established at the UN Fourth World Conference on Women in Beijing, China, and stated that the equality of men and women was no longer a women’s issue, but a condition for social justice and the only way to establish “political, social, economic, cultural and environmental security among all peoples” (Beijing Platform for Action 1995). The conference continued the work on reproductive justice set by the ICPD by calling state governments to consider laws banning punishment for women undergoing illegal abortions and push for safe and legal abortions. Additionally, it defined sexual rights as the ability of women “to have control over and decide freely and responsibly on matters related to their sexuality” (United Nations 1995). The Platform for Action also established a clear distinction between women and girls, as in the past issues of girls had been grouped with that of women, overlooking important differences in experience. 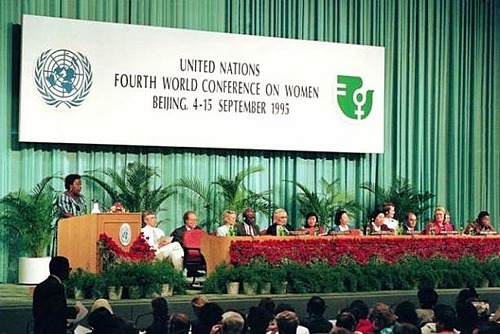 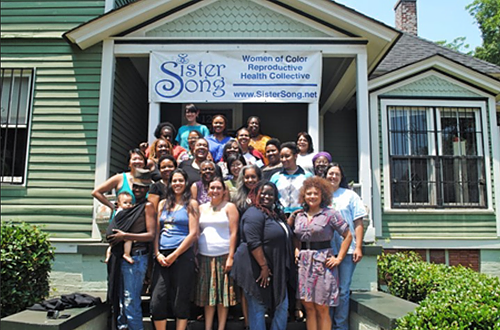 On January 21, 2017, the first Women’s March was held in multiple cities across the world. The march was originated to be held the day after Donald Trump’s inauguration in protest of his anti-women comments and beliefs in Washington DC. This snowball effect turned into the international call for justice for women of all types and for all causes. Women in Norway, Canada, Switzerland, London, and Australia worked together to organize the marches in each of their countries as well. During these marches, women from across the world join together to make their voice heard on many issues pertaining to violence against women, reproductive justice, LGBTQ+ rights, civil rights, and much more. 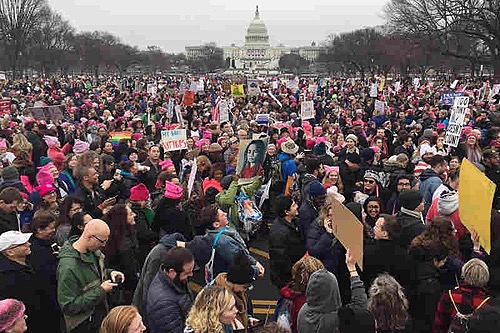