The Thirty Years’ War began in Bohemia because Ferdinand thought he could suppress the noble Protestants with his royal power in 1618. They didn’t agree with this and decided to rebel. They all were fighting for a while, which caused there to be depopulation. In 1648, the wars concluded because of the Peace of Westphalia which was many treaties signed to end the war, have European peace, and settle the rest of the international problems from the countries that got involved. This event is important because it left German lands divided into 360 states, so everything wasn’t united.
Citation: http://www.connexus.com/assessments/checkMyWork/launchOriginalityReport.aspx?id=783735

In 1689, Parliament made William and Mary accept the English Bill of Rights which secured Parliament’s dominance over the monarchy. The rights also included that the monarchy couldn’t interfere in the Parliament’s debates. The Bill of Rights also brought back the trial by jury for citizens, terminate the unnecessary fines and punishment, and it placed bigger emphasis on habeas corpus. This is important because it reduced the power of the monarchy, created the separation of powers, and included more of a democracy for the people under the monarchy.
Citation: http://www.connexus.com/assessments/checkMyWork/launchOriginalityReport.aspx?id=783739

War of the Succession

The War of the Austrian Succession started because Frederick II went to seize Hapsburg province of Silesia after Charles VI’s death in 1740. Maria Theresa was Charles VI’s daughter, but she couldn’t rule because of her being a woman. She tried to appeal to Frederick II by getting help from the Hungarians, even though the Hungarians and Hapsburgs weren’t always civil with each other. However, they decide to help her, where from there she went to get help from Russia and Britain as well. Unfortunately, she wasn’t able to get Frederick II out of Silesia, but she was able to strengthen Hapsburg’s power and improved tax collection. This event is important because Maria Theresa represented being an absolute monarch and making the changes to limiting the power of the Church.
Citation: http://www.connexus.com/assessments/checkMyWork/launchOriginalityReport.aspx?id=783737 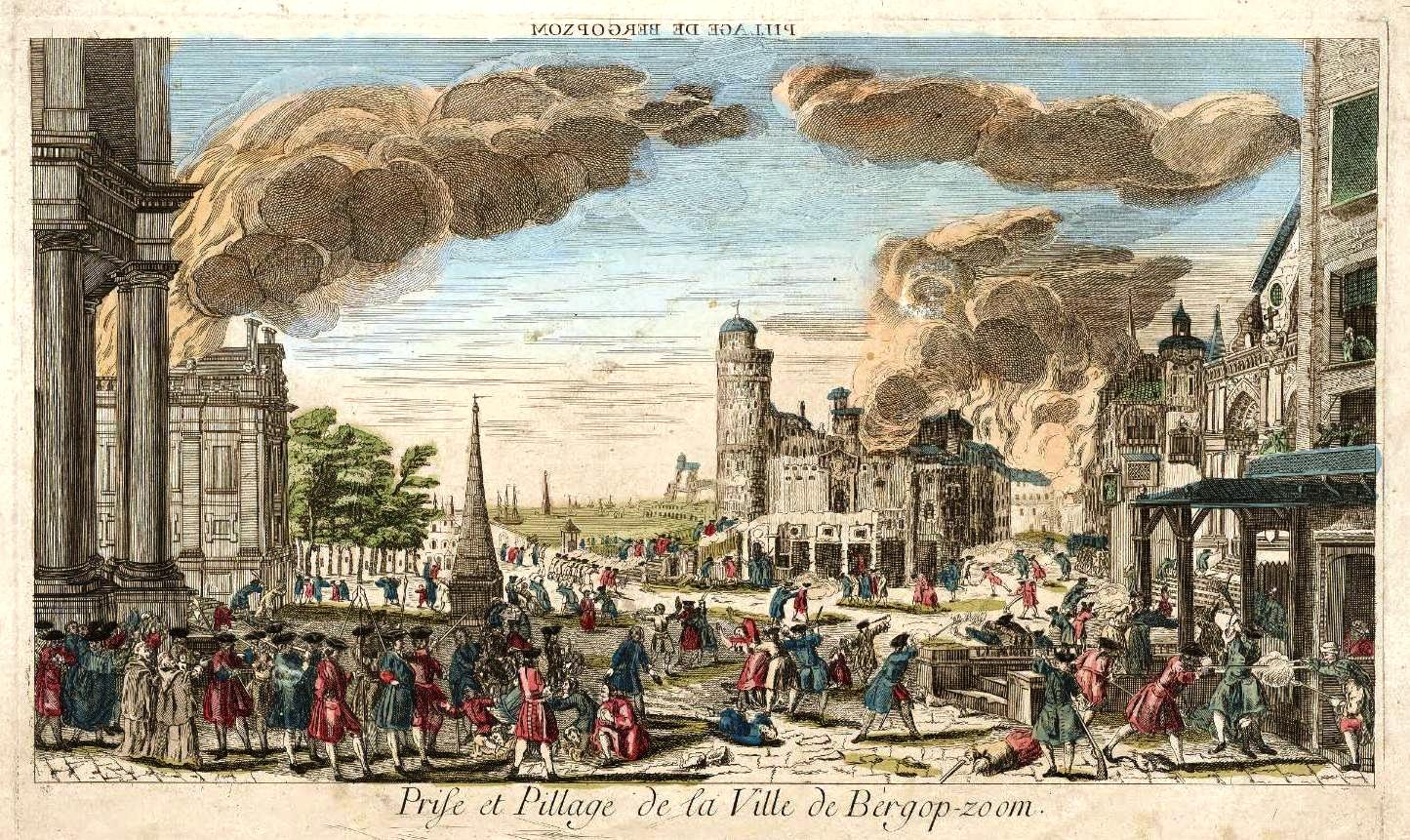 In 1765, the Stamp Act was written to tax items like newspapers. This caused the colonists to rebel and say “No taxation without representation”. Because of the colonists not having any representatives in Parliament, their voices weren’t being heard nor taken seriously. They started to protest, which resulted in the Boston Massacre and the Boston Tea Party. The Boston Massacre had 5 colonists die, while the Boston Tea Party involved many colonists pushing Britain’s tea into the harbor in protest to the new tax put on it. After these new protests, things kept getting riled up, and people were not okay with how Britain was treating them, so they wanted independence. The Stamp Act is important because it was what really caused some of the colonies to want complete independence from Britain which caused the American Revolution.
Citation: http://www.connexus.com/assessments/checkMyWork/launchOriginalityReport.aspx?id=783740 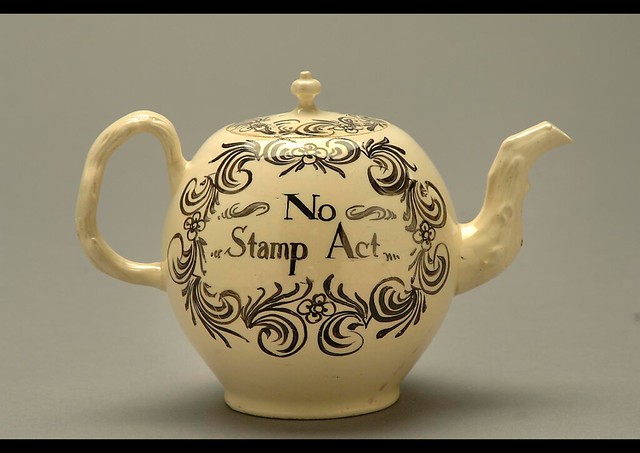 The American Revolution started in 1776. It was rather hard, because some of the colonists were Loyalists, or they wouldn’t even fight in the war. The Patriots didn’t have much military training, experience, or money. It didn’t look very bright for the Patriots, but they had George Washington as their military leader. In 1777, the Patriots won against Britain, which caused France to become allies with the Americans. Because of this newly formed alliance, they now had more soldiers, food, supplies, and warships. This influenced Spain and the Netherlands to also give their support. They had a hard winter in 1777 at Valley Forge but they persevered through. In 1781, the Americans were able to get a British army to surrender at Yorktown, Virgina. Because of that, the British gave up in fighting back. This event is important because it is what caused America to become independent from Britain, and shows how hard they fought and wanted their independence.
Citation: http://www.connexus.com/assessments/checkMyWork/launchOriginalityReport.aspx?id=783741

The Treaty of Paris was signed two years later after the big win for the Patriots in the American Revolution on September 3, 1783. The Treaty of Paris was a symbol of ending the war. Britain then had to recognize that the United States of America had their independence and was no longer under Britain’s rule. Britain also had to acknowledge that the western frontier. This is very significant because it is what officially shows that America had its independence from Britain and was its own nation who could have their own representation.
Citation: http://www.connexus.com/assessments/checkMyWork/launchOriginalityReport.aspx?id=783742

The French Revolution lasted for 10 years, starting in 1789 and ended in 1799. It all began because of the Storming of the Bastille. France was having an economic crisis, the attempts to reform were failing, and King Louis XVI was a tyrant ruler to the people. They had corrupt rulers, and the royalists were returning. France was also at war with Austria and Great Britain. France turned to Napoleon Bonaparte to help them with their battles. The old social order of France was no longer there, the monarchy was overthrown, and the Church was under state’s control. This event is important because it spread Enlightenment and led to the rise of nationalism.
Citation: http://www.connexus.com/assessments/checkMyWork/launchOriginalityReport.aspx?id=783745 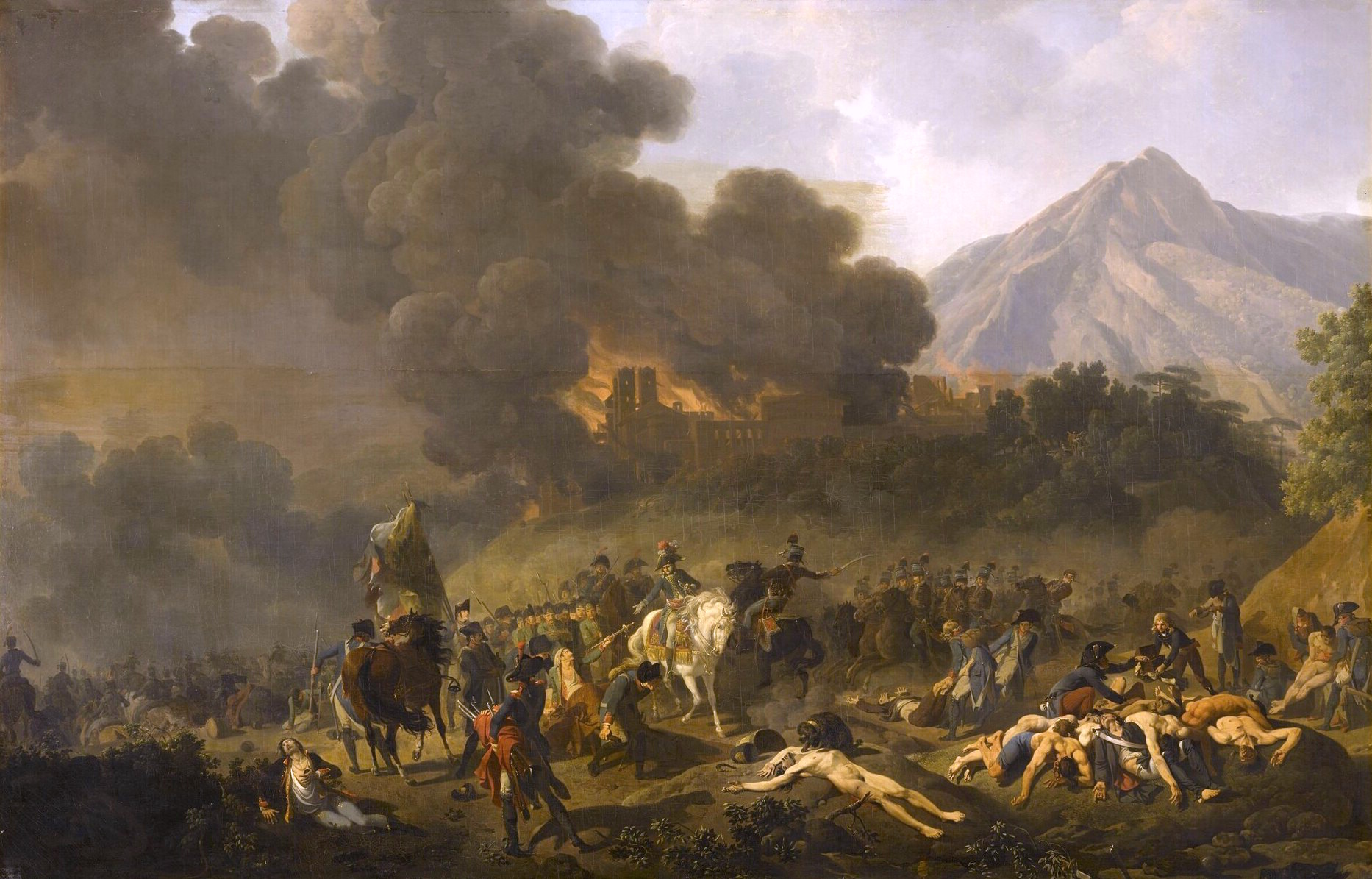 The Tennis Court Oath was a pledge taken on June 20, 1789. It was formed by the National Assembly when they realized if they tried to have a reform, that they’d be outvoted by the clergy and the nobility. When they went to go to their usual meeting hall at Versailles, they were locked out, so they assumed it was the king trying to disband them. The delegates then took the oath of “never to separate and to meet wherever the circumstances might require until we have established a sound and just constitution”. This is important because it was a symbol of the defiance the Assembly had against King Louis XVI because of how he ruled
Citation: http://www.connexus.com/assessments/checkMyWork/launchOriginalityReport.aspx?id=783746 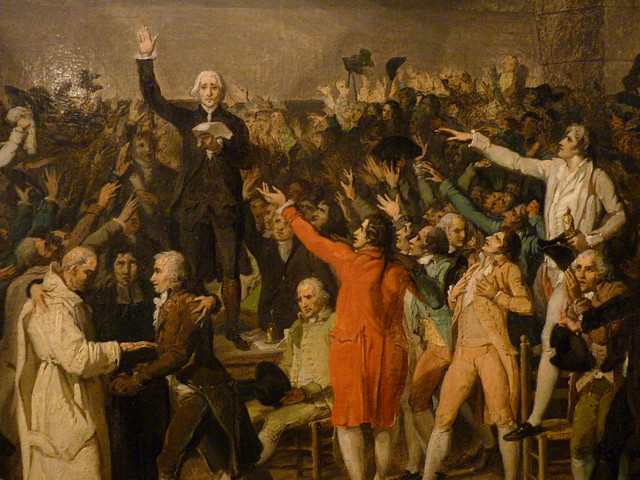 On July 14, 1789, all focus became on Paris after rumors that royal troops were going to disassemble the assembly. The Parisians were not going to have that, so they went to the Bastille which was a prison for political and other prisoners. They demanded to have the weapons and gunpowder that was supposedly being housed there, but instead the commander of the Bastille started firing at the crowd. Many people died, but finally the crowd broke in, killing the commander and five guards. While there, they released the prisoners, but to their discontent they couldn’t find any weapons there. The Bastille was a symbol of injustice and tyranny to them, which they desperately wanted changed. This event is important because it ended the absolute monarchy and was one step closer to freedom for them. July 14 is now a holiday in France to celebrate the birth of modern day France. This also marks the beginning of the French Revolution.
Citation: http://www.connexus.com/assessments/checkMyWork/launchOriginalityReport.aspx?id=783743 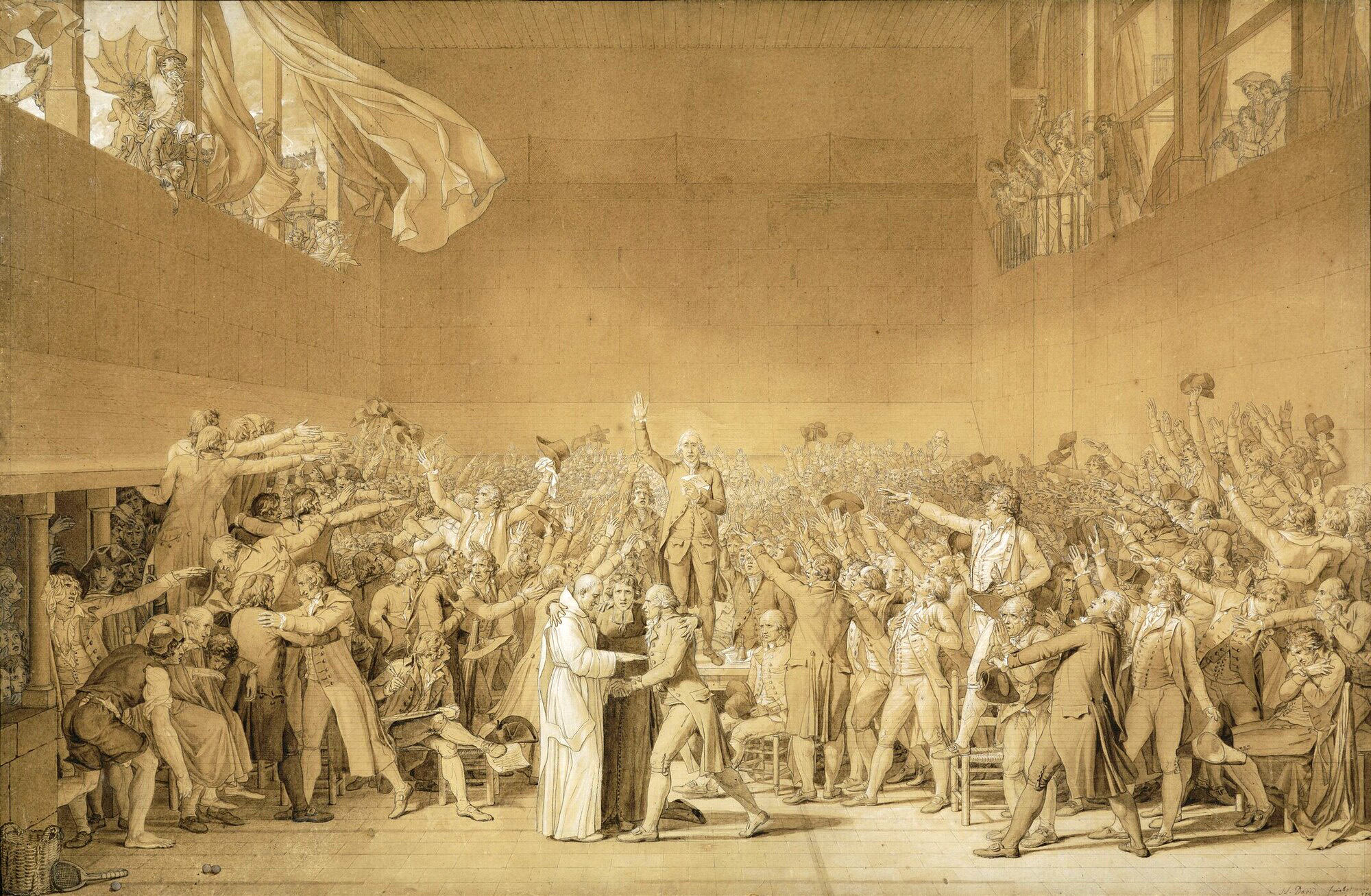 The Reign of Terror was from September 1793 to July 1794 for France. The country was at war with lots of Europe, the government was being rebelled against, and the Convention was divided into the Jacobins and the Girondins. The Reign of Terror mainly included these horrible trials that were orchestrated by Maximillien Robespierre.. It was said it was necessary because it needed to “protect the revolution and achieve its goals”. Roughly 300,000 citizens were arrested, while 17,000 were executed. Not everyone was guilty either, many were falsely accused and were killed or live in disease filled prisons. The guillotine was used for execution, and it’s seen as a symbol of horror. The Reign of Terror started to get to everyone, including the people who were running it. The Convention members started turning on each other, and Robespierre got arrested and was executed. After he was executed, many other high up officials had their downfalls and the executions of others slowed down. This event is important because it was supposed to rid France of enemies of the Revolution and protect the country.
Citation: http://www.connexus.com/assessments/checkMyWork/launchOriginalityReport.aspx?id=783744 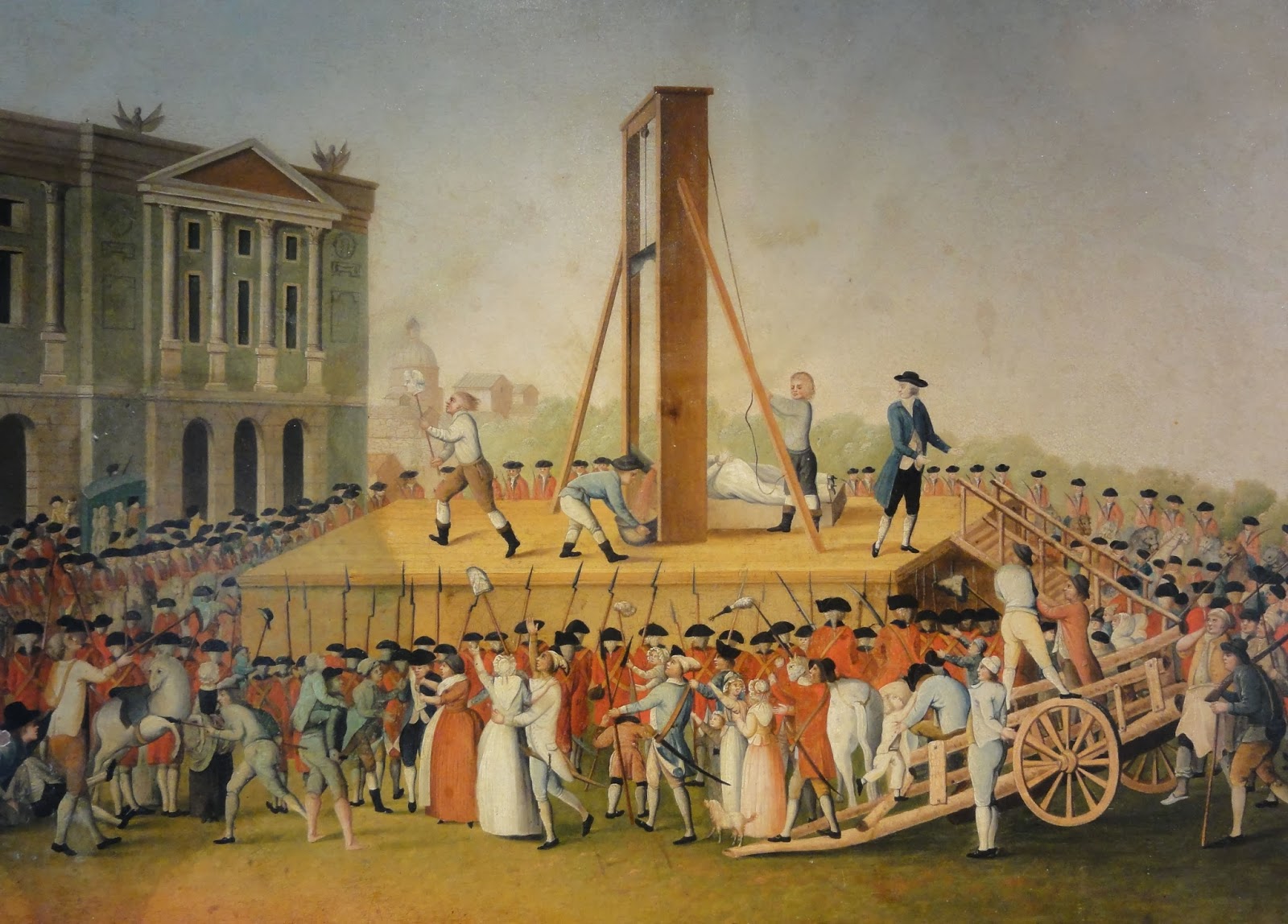