On September 18, 1850 the United States passed the Fugitive Slave Law. This law was very controversial because it declared that Slaves who had ran away from their Masters be returned to them. Many Northerners disagreed and fought against it, which frustrated people in the South. People who did not cooperate were given fines or even got arrested, and money was given to people who did cooperate and return slaves. The law contributed to the Civil war by adding to the tension between the North and the South because people were forced to take aside on slavery. 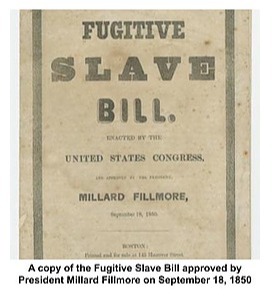 Uncle Tom's Cabin was a book wrote by Harriett Beacher Stowe. At the time it was the second best selling book in America, after the Bible. The book opened the eyes of people about how much of an issue slavery was. It made Northerners angry and upset to see how bad slavery really is, and made Southerners mad because they did not believe the book to be true.The book was written in protest of the fugitive slave law of 1850. The book helped cause the Civil War by making Northerners more open to slave reform, which made Southerners defensive. 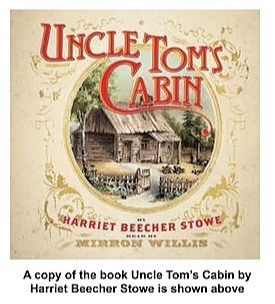 Bleeding Kansas was a mini civil war in Kansas over views on slavery. Estimates show that the violence in Kansas resulted in the death of about 200 people, and two million dollars worth of property destroyed. Many people came to Kansas when it was a newly discovered territory to cast votes for or against slavery after the Kansas- Nebraska act allowed people living in the territory to decide if slavery was legal or not. Some wanted to make Kansas a slave state, while others wanted to prevent slavery at all costs. The area quickly saw violence as people who saw both sides moved to Kansas. Nearly 5000 illegal votes were cast by people who were not from the area. People against slavery formed their own legislature. Slavery supporters turned to violence attacking homes, people, the newspapers, and even burning the Governors mansion. All of this violence further fueled the arguments about slavery that led to the Civil War. 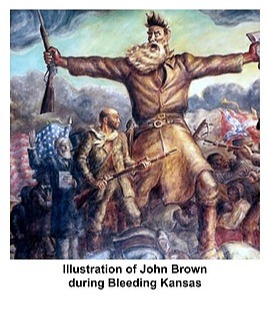 The Kansas-Nebraska Act was proposed by Stephen Douglas as an act of compromise. It passed on May 30, 1854. Douglas was hoping to bring the area under civil control, and ensure a Northern a train route. The act actually did the opposite and divided the Nation, as well as cause Bleeding Kansas. The act basically stated that new territories could decide for themselves to allow slavery. This led to violence, and attributed to the Civil War. 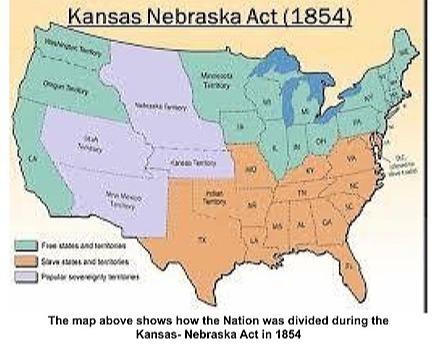 A Congressman from the South named Preston Brooks beat a Congressman from the North named to Charles Sumner with a cane after Sumner delivered a speech that attacked slavery. Brooks repeatedly hit Sumner over and over with a gold tipped cane> He would not stop until he had to be restrained by others. Sumner was given a $300 fine for the attack, and was even reelected. This caused more anger between the North and South, which led to the Civil War. People were shocked because civilized people such as Congressman were not supposed to act like this. 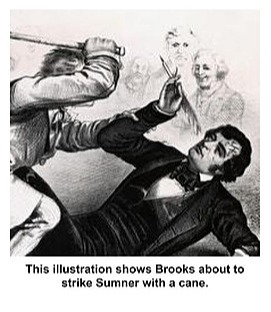 Dred Scott loses his case to be free

Dred Scott was a black slave who fought for the freedom of himself and his family for a decade. His case stated that his Owner had freed him by taking him and his family to a free State and to a free territory. The Dred Scott fueled tensions between the North and the South which eventually led to the Civil War. 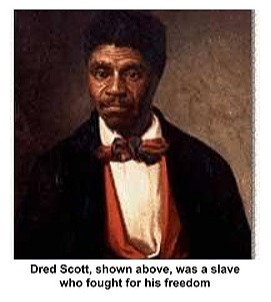 John Brown led 22 Men in a raid on Harper's Ferry, where there was a Federal Arsenal. Brown wanted to capture the weapons and ammunition and distribute them to Slaves, hopefully creating an Army in the South that would demand Slave Owners set them and others free. Brown and his men did manage to get the weapons, but were defeated by a group of US Marines. Many Men died during the fight, including two of Brown's Sons. Brown was found guilty of treason and sentenced to death. His hanging was on December 2, 1859. After his death, many Northerners saw Brown as a Martyr or hero, they were worried that the Government was being dominated by Southern Slave Owners. This was a issue in the election of 1860, and contributed to the start of the War. 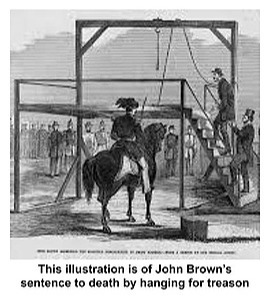 Abraham Lincoln was a not very well known Legislator from Illinois who was won the Presidential election in 1860. He was the first Republican to be elected. His election led to the succession of several states in the South, and the Civil War broke out soon after. He beat several other Political opponents. What helped him win was that the Democratic party could not agree on slavery issues, and basically fell apart during the election. Some important Southern Democrats actually wanted to lose the election as an excuse to leave the Union, they thought it would be peaceful. 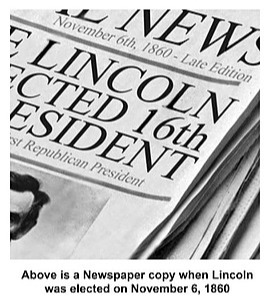