Time line of the Great Depression

On September 3, 1929 the prices of stocks had met a very high point. But In October the prices started to plummet and people began to panic and try to sell as many stocks as possible. By October 29, 1929 investors had sold a record of 16.4 million shares of stocks, but the prices were much lower than there were in previous months, this day was called Black Tuesday. Banks began to demand that people who had borrowed money, repay them back. After WWI Germany was suffering from economic depression. Hitler had said that he would get a prouder future for the Germans if he was elected Chancellor. He was in currently in the Nazi party or the National Socialist German Workers Party. Hitler was supported by Hindenburg and other army men because they wanted him under control.
http://www.east-buc.k12.ia.us/99_00/100/smc.jpg FDR's first inaugural address was called "The only thing we have to fear is fear itself. This address declared that the United states was going through a economic depression and unemployment.
https://encrypted-tbn2.gstatic.com/images?q=tbn:ANd9GcT3nmeozKPzKcS-QrqRTT5XKbgP1YY1apgI3pnEARprfEB_fWkb

Enactment of the Nuremberg Laws 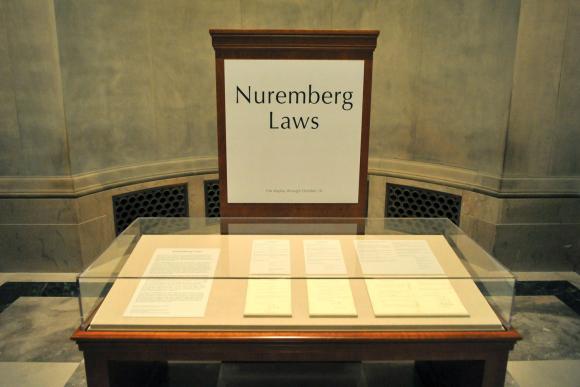 This was a plan to add 6 new justices to the court, so that there would be a total of 15 justices in the court at once. And that all justices have to be over the age of 70 years old. 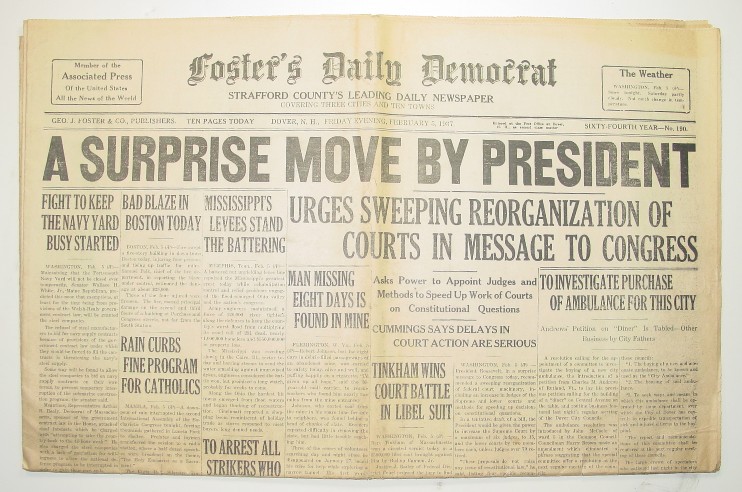 Anne Frank her mother her father and her sister moved to the Netherlands from Germany because of all the bad things that were happening there. They lived in a secret apartment in the Netherlands. They were captured and were taken to a concentration camp. But Anne's dad was the only one to survive the holocaust.
http://www.annefrank.org/ImageVault/Images/id_5330/height_3000/width_720/compressionQuality_80/scope_0/filename_nEFsaOK9-bTqIB8xAnKY.jpg/storage_Edited/ImageVaultHandler.aspx

Neville Chamberlain "Peace in our time"

Chamberlain was a British Conservative politician who served as Prime Minister of the United Kingdom. He was best known for the appeasement policy. This policy was made to try to avoid war and not get involved in it. And the signing of the Munich act. Later when Adolf Hitler had joined him they had went to war with Britain and had led them through the first 8 months of the war.

Germans unified with Austria but it was called Anschluss. Austrian social democrats had dreamed of ever being with Germany and Uniting with them. After they got unified Hitler had bullied Austria's chancellor to agreeing with having a bigger presence of Nazi's.

The Night of Broken Glass

The "broken glass" was a destruction of the homes and business's of Jews. Many men, women and even children were killed during this massacre. This night was called "The Night of Broken Glass" because thousands of dollars were spent on the windows that the Nazi's had broken. This movie was a fantasy movie produced by. Metro Goldwyn Mayer. This book was first based of a book called the Wonderful Wizard of Oz. This was the first ever movie to actually have sound and color. This also one of the most popular movies back in the 1930's.

The reasoning for invading Poland was to mainly just get more living room for the Germans. The Germans started to expand when they moved into Austria and other countries. But German did this without ever getting in a major war with any of the country's. Poland had just signed a treaty with Britain and France so this slowed down the efforts to take of Poland.

The Americans were still in the isolationist stage and did not want to get involved in the war that was going in Europe. The War in Europe got bigger and bigger making the US get closer and closer from getting involved. But what finally sparked it was when Japanese bombers came and bombed Pearl Harbor in Hawaii.
http://atlasshrugs2000.typepad.com/.a/6a00d8341c60bf53ef0162fd77b613970d-600wi