Summary: This agreement maintained the balance between slave and free states in the union. It stated that Missouri would come in being a slave state and Maine would be a free state. This also created an imaginary line across the Louisiana territory. All of the states bellow the Missouri Compromise line would be a slave state in the south. All states above were free states in the north. This agreement would later be broken by the Kansas-Nebraska Act in 1854.
Northern Perspective: The north agreed with the Missouri Compromise because it helped to maintain the balance between slave and free states so the south could not overpower them. This also gave them an advantage for the future because there was more northern area to expand to. This was because there was more territory available above the line which could later become free states.
Southern Perspective: The south was happy that Missouri entered the United States of America as a slave state. By doing this, it could help ensure that the north couldn’t overpower them in there attempts to abolish slavery and their livelihoods. However, there was also less territory under the Missouri Compromise line that they could expand to which gave them a disadvantage for the future. 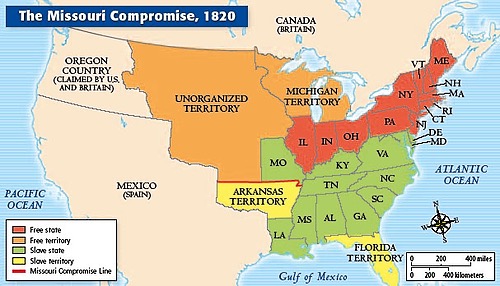 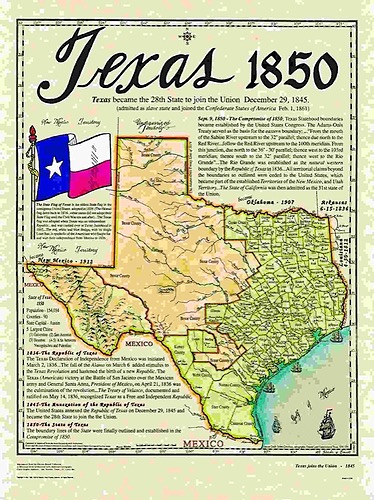 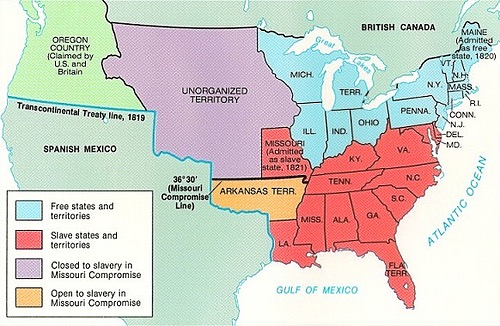 Summary: Uncle Tom’s Cabin was written by Harriet Beecher Stowe before the time of the civil war. This book promoted antislavery beliefs of the North along with refuting the south’s beliefs that slaves were happy. It also had a profound affect on the attitude towards African Americans along with their view on the central ideas and principles of slavery itself. Some say that this novel had helped lay the groundwork for the civil war.
Northern Perspective: Most northerners has never witnessed slavery firsthand since it had been abolished in the north not long after the American Revolution. This book gave northerners an idea on how brutal and cruel slavery truly was and it had started the fight against it.
Southern Perspective: This novel had increased the differences between the North and South because of the North’s growing hatred for for slavery which was their way of life. With this increasing opposition on the matter of slavery, southern slave owners worked even harder to defend their rights to have and own slaves. 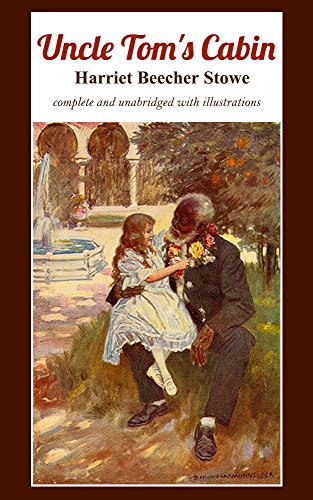 Summary: The Kansas-Nebraska Act stated the issue of whether the two new states, Kansas and Nebraska, should enter the Union as slave or slave free states. It decided that these two emerging states would be able right choose by popular sovereignty to be slave or slave free states. This went against the Missouri Compromise line and as a result, there was lots of violence and chaos. Both southerners and northerners wished to sway the votes to their favor.
Northern Perspective: The northerners didn’t want the two new states to become states as it would upset the balance of the number of slave states to the number of slave free states. As a result, abolitionists went in settlers from New England in order to help sway the votes. When Kansas became a slave state, anti slavery settlers created their own government which left the place in chaos with two governments.
Southern Perspective: The south did not want the north to have more free states then they did slave states. Pro slavery supporters went from Missouri across the border to Kansas to battle abolitionists and vote illegally in support for slavery. When they won they immediately began making pro slavery laws. 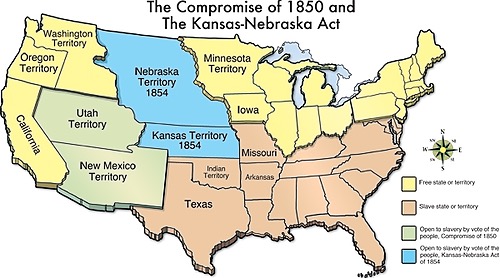 Summary: Dred Scott was a slave whose master had taken him into two different places that didn’t allow slavery. Dred Scott had claimed he was indeed free after being taken to the slave free Illinois and Wisconsin territories. In Wisconsin after the Missouri Compromise of 1820 had stated as a federal law slavery was forbidden. Later he was brought back to a Missouri calming he was a free man. The Supreme Court had to decide between him going and living in two free states and the fact he wasn’t a citizen. In a seven to two vote the Supreme Court ruled against him as he wasn’t a citizen and had no rights. They also had declared that he forfeited his freedom when he left Illinois as well as the fifth amendment stating you cannot take someone else’s property.
Northern Perspective: The northerners weren’t happy with this decision as it would allow slave owners to bring their slaves and live in slave free states which they could get away with, which at the time northerners were trying to abolish slavery.
Southern Perspective: The southerners were pleased by this as it showed they could bring their slaves to go live in the north and get away with it if they moved back to a slave state. 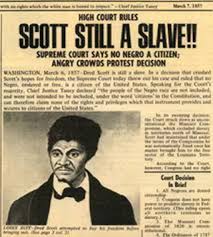 Summary: John Brown was an abolitionist who tried to raid the arsenal at Harpers Ferry, Virginia. John Brown with his sons had hoped to start a slave uprising or revolt by arming slaves with weapons. The plan did not succeed and 16 people ended up dying in the raid, including ten of Brown’s men. John Brown was caught and sent to trial and death. No slave revolt had taken place, but his ideas still lived on through songs and books written about him.
Northern Perspective: Many northerners viewed John Brown as a hero for his efforts to abolish slavery. They thought that since no other method was working to end slavery, they had no other choice but to resort to violence. John Brown was thought of a freedom fighter and they even made a song to honor him.
Southern Perspective: To southerners, John Brown was considered as a murderer who tried to arm and turn their slaves against them. It was even more outrageous that the northerners were singing songs and praising a man who tried to to lead a slave revolt. The cause of this led the southerners to become convinced that the north wanted to destroy slavery in the south therefore destroying the southerners economy and social structure. 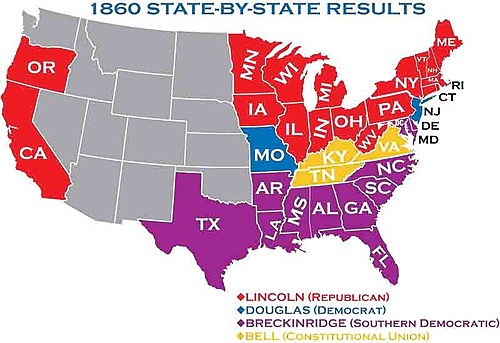 Summary: After Abraham Lincoln was elected in 1860 he began to announce his opposition to slavery which convinced the southerners that they had to protect slavery as it was their livelihood. South Carolina along with six other states seceded and became known as the Confederate States of America. After Fort Sumter in April 1861 North Carolina along with three states seceded in May.
Northern Perspective: When Abraham Lincoln was elected president the northerners agreed with him as it would allow slavery in the United States of America to be abolished. The Union believed the secession of South Carolina was a rebellion towards the norths perspective of slavery. They also felt as if you go to war with the United States of America you would always lose as the United States of America has the money and the men. Once the original seven seceded the north became known as the Union.
Southern Perspective: The southerners were convinced after Abraham Lincoln was elected that they had to protect slavery. In 1860 they also decided to seceded along with six other states and became know as the Confederate States of America. 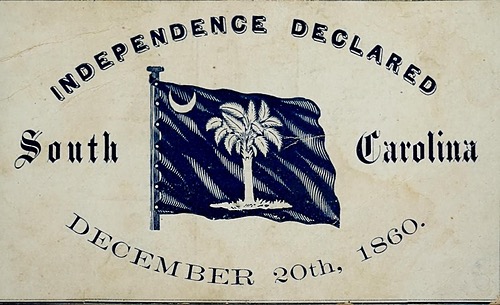