Charles Martel was born in 688 to Pippin II. He was the illegitimate son of Pippin.

In Greece, a religious controversy based off the portrayal of ikons resulted in conflict. Starting after Justinian II put images of Christ on coins, this controversy would result in religious and civil fighting. Below is a ikon, a religious artwork of Jesus Christ and other saints. 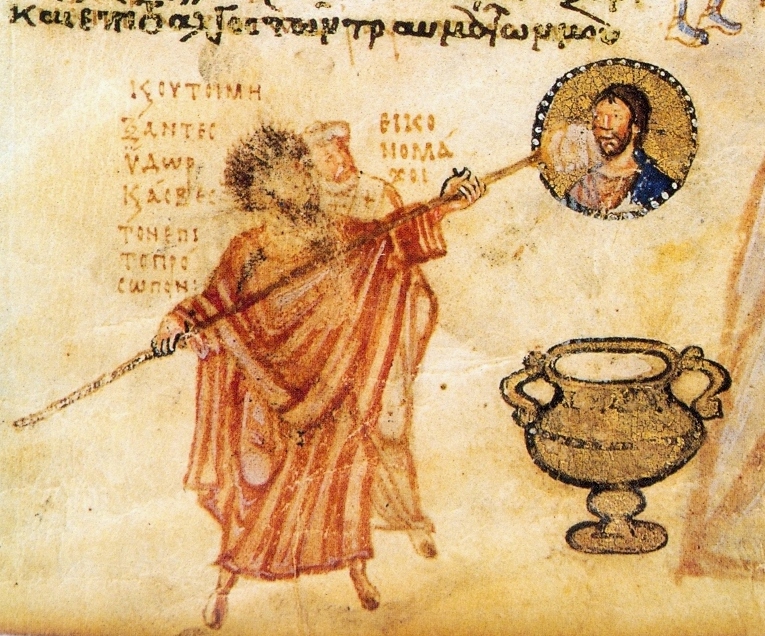 The Umayyads, or Arabs, invaded Spain off of their holdings of North Africa. They conquered the Visigoth Empire, and in 726 invaded all of Iberia except a small kingdom named Asturias.

After Pippin's legitimate son was assassinated and Pippin died, civil war broke out in the realms of Austrasia and Neustria (Western Germany and France). After being in prisoned by Chilperic, the rival king, he soon escaped and gathered an army. After defeating the Neustrians at Liège and Vincy, he finally ended the tension in his nation. 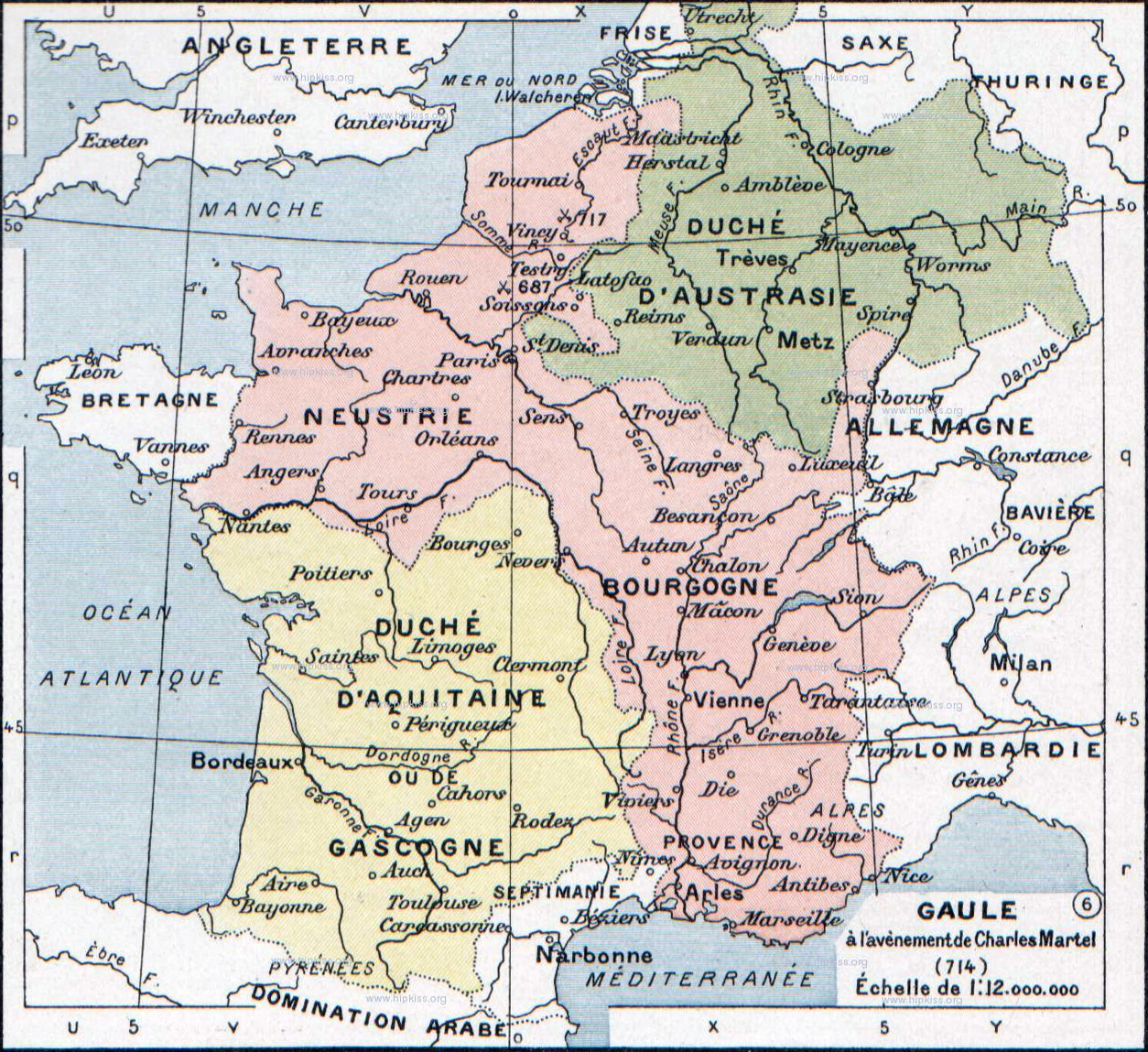 Neustria was not fully consolidated after the civil war, with the southern parts not being added to Charles' reign. He invaded these areas and finally finished his Neustrian campaign in 724.

Campaigns Against The Saxons and The Bavarians

During the 74th Decade, Charles attacked the eastern kingdom of Bavaria and tribe of the Saxons. Although he was successful, the Saxons still conducted raids in Frankish lands.

The Arabs invaded the Kingdom of Aquitaine in 731. The Kingdom retreated to the north and begged for Frankish help.

The Arabs quickly invaded the rest of Aquitaine and crossed the Loire. The ruler of Aquitaine, Eudes, appealed for help and Charles came to his aid. After clashing and defeating the Arabs in 732, the Arabs would be expelled from France and would remain in Spain. Shortly after Charles demanded that Eudes would become Charles' vassal/ 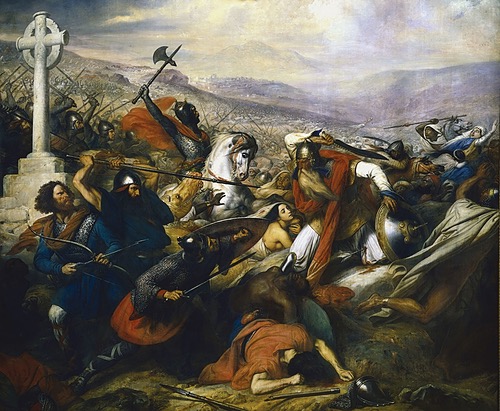 Charles would invade Burgundy, a rebellious province in the Empire. By 739, he had subdued the chieftains of Burgundy and made it under his rule.

Retirement and Death of Charles

Charles' health deteriorated in the late 730s, and in 741 he retired to his home in Quierzy-sur-Oise. He divided his realm between his two sons and died later that year.