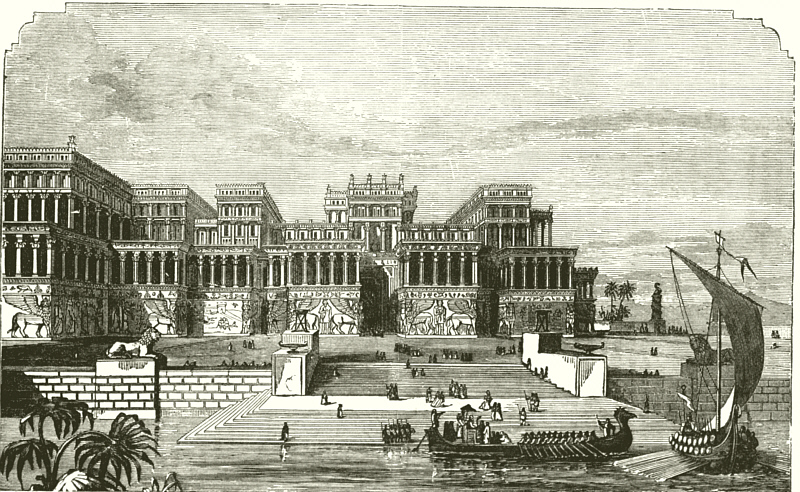 The Assyrian empire began with a monarch, ruled by Tukulti-Ninurta from 1235-1198 B.C. When Tukulti-Ninurta was the king, Assyria began their first conquests, such as the conquest of Babylon.
http://www.jewishvirtuallibrary.org/jsource/History/Assyrians.html

The King Tukulti-Ninurta I in 1244-1208 B.C. was the best in the Assyrian middle period. He beat Babylonia and let puppet kings hold the area so that no Babylonians could over power the Assyrians, this lasted about 32 years.

Tiglath-Pileser began ruling in 1116 B.C, he extended the Assyrian empires dominance toward Syria and Armenia. This was one of Assyria's greatest accomplishments. The Assyrian Empire expanded their dominance even more under Tiglath-Pileser's reign.
http://www.jewishvirtuallibrary.org/jsource/History/Assyrians.html

The greatest period of the Assyrian conquest

Shalmeneser III ruled in 858-824 B.C. He conquered all of Syria, Palestine, Armenia, Babylon, and southern Mesopotamia. The Assyrians decided that they would do something with the people that they conquered. They would force the people that they conquered to go live in different parts of the kingdom of Assyria. The Assyrians were very harsh and cruel and often showed no mercy to their enemies.
http://www.jewishvirtuallibrary.org/jsource/History/Assyrians.html

Sennacherib was one of the Kings of Assyria between 704 and 681 B.C. King Hezekiah (king of Judah) in 701 B.C there was a rebellion in Judah, so Sennacherib led the Assyrian army to fight against Judah and defeated Jerusalem.
http://www.illustrationartgallery.com/acatalog/info_McConnellWarChariLL.html

The Fall of the Assyrian Empire in Mesopotamia

The Assyrian empire was the second largest empire during that time period and was finally defeated. The people were killed and scattered across the Babylonian empire.
http://www.xtimeline.com/evt/view.aspx?id=926509

The Babylonians defeat the Assyrians

The Babylonians defeated Assyria in the battle of Carchemish. This is one of the biggest battles that took place during that time period.
http://thedissnba.com/2013/01/10/your-daily-treaty-of-sevres-your-nightly-battle-of-marathon/