The French begun to explore the New World in an area of modern-day Canada, particularly Newfoundland & Nova Scotia, long before the British started to explore in 1576. This would eventually lead to France claiming most of North America for themselves, upsetting British and leading to a fierce competition between two colonial empires. 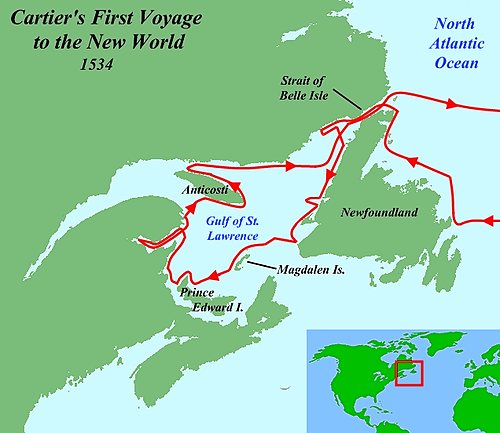 The first French colony of Quebec was established around the same time as the first successful British colony of Jamestown in 1607, beginning the colonial competition between France and Great Britain. Quebec, standing as the strong fort, it would be hard for British to succeed in claiming the title as dominant colonial empire, if the French would be right on their doorstep with a strong defense. 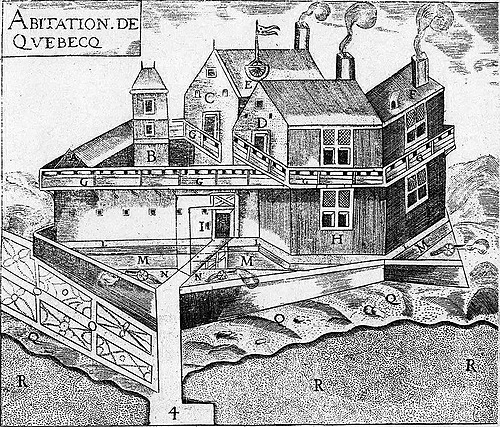 The French claims on North America expanded into territories of colonies of Great Britain, the "Thirteen Colonies", which would lead to many tensions between France and Britain. The French claims would be reasonable, because they explored those areas way before British, but the land that they acquired was too close and too big for British not to care about. This was one of the first events leading to the beginning of French-Indian War. 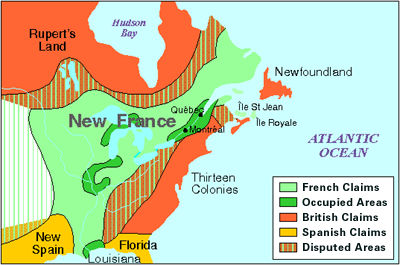 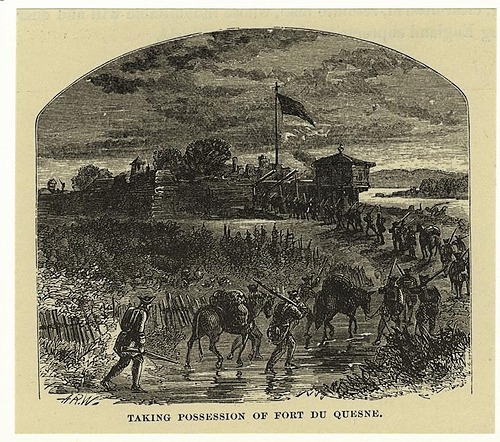 Seeing the French victories, King George II of England appointed a new minister to reform the British Army, after whom the English started to win the war. In just a few years, the British army would capture the city of Quebec, beginning to be dominant in the war and preparing for the peace treaty. The reformation of British army also would help Britain to establish and maintain their power in newly conquered territories of Mississippi. 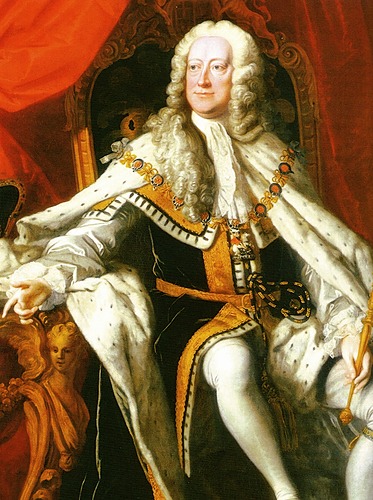 The successful siege of Quebec led to British dominate in the war and end it 4 years later, establishing British dominance in North America. Because the city also was the major supply depot for French army, the capture of which would cripple the French army and make the take heavy attrition on their side, making Britain an easy winner in the war and establishing new borders in New World. 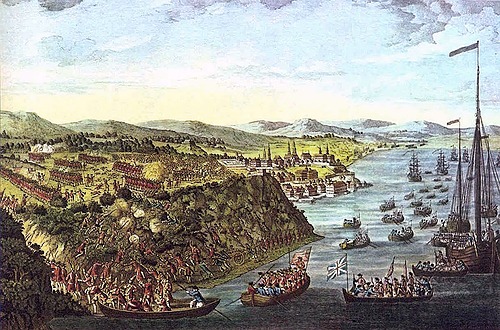 The "Treaty of Paris" officially ended the French-Indian War and established new borders of Great Britain's colonies and made Great Britain the dominant power in the North America. Great Britain also took Florida from Spain, the ally of French, in the treaty. The treaty created a huge living space for an overpopulated East Coast to move in and will cause the Natives to rebel against the new settlers destroying their native lands. 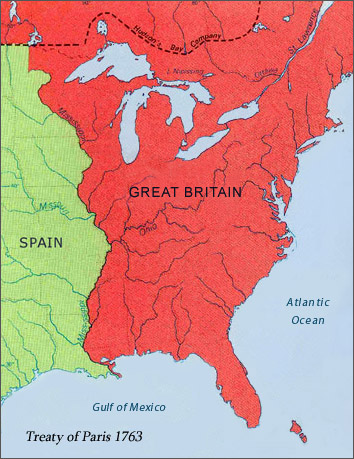 Native Americans who were allied to France, started revolting against British

Realizing that the French loss, was also loss for Natives, they begun to attack British settlers and capture forts from British in order to preserve their territories and fight for more profitable trade. Iroquois, who were in the fight with French and Ottawa for centuries, allied themselves with British and helped them defeat the French-allied tribes, taking a favor of British, which would allow them to get more autonomy over other tribes. 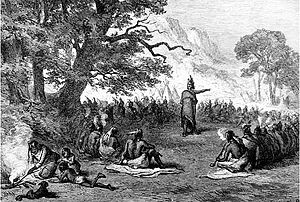 The "Proclamation of 1763" was passed by British parliament in order to stop the settlers from settling to the west of Appalachian mountains, where natives lived. But the law wasn't forced really well and people still settled west. Just like with "Navigation Act", the colonists drove themselves farther away from Britain, literally and figuratively, making the British government to seem weak in colonists eyes. 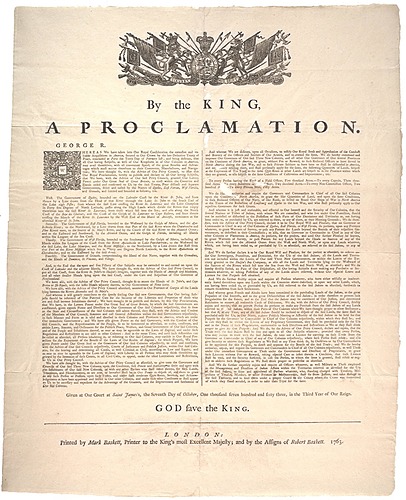