In various parts of the world, young people were contracting virulent strains of usually treatable illnesses that were most commonly experienced by the elderly. These developed into chronic conditions, something that doctors had never seen. By 1981, scientists had connected the dots between these strange diagnoses, creating the term AIDS (Acquired Immune Deficiency Syndrome). 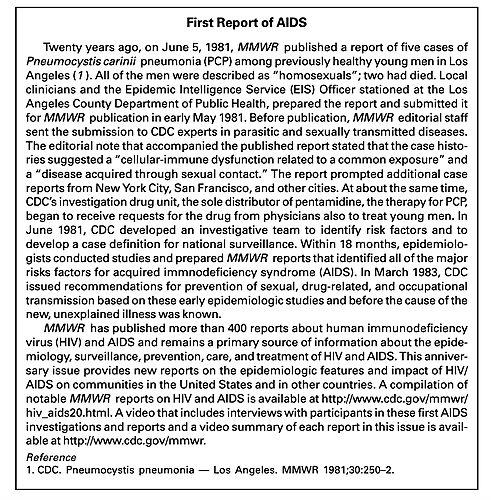 By 1982, certain groups of people could be identified as "at-risk" groups--namely, drug users and gay men. Already marginalized, their association with a deadly and incurable disease fueled hysteria and discrimination. A particularly notable example is televangelist Jerry Falwell asserting that God had sent AIDS to punish homosexuals and drug users. 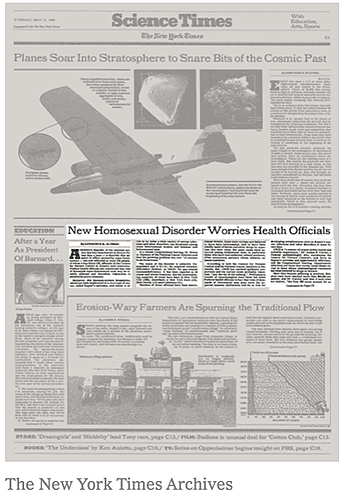 AIDS is Classified as an Epidemic

European authorities and the World Health Organization (WHO), a branch of the United Nations, classified the growing number of AIDS diagnoses as an epidemic. In addition to the outbreak in the U.S., patients with similar symptoms were documented in 15 European countries, 7 Latin American countries, Canada, Zaire, Haiti, Australia and Japan. Of particular concern was an outbreak in central Africa among heterosexual patients. In the U.S., the mortality rate approached 100%.

Following the classification of AIDS as an epidemic by the World Health Organization and growing worldwide hysteria, the first International AIDS Meeting was held as a means for HIV experts to communicate with each other and find ways to move forward. The organization is still active today. 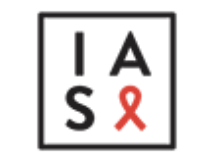 At the end of 1986 and the beginning of 1987, the U.S. Food and Drug Administration (FDA) administered a clinical trial of Azidothymidine (AZT), the first drug to prove effective against the rapidly replicating HIV virus. Originally a chemotherapy drug, AZT worked so well during its trial that the FDA halted the trial on the grounds that it would be unethical to deprive those patients who received a placebo of the actual drug. This led to mass protests, most notably in by ACT UP in the US. 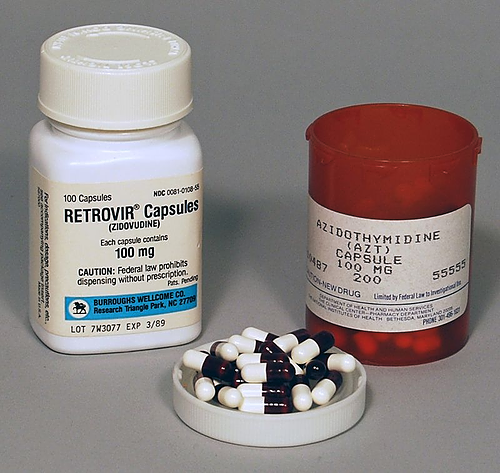 ACT UP is Established

ACT UP was an activist group consisting primarily of gay men who protested politicians, government agencies, and pharmaceutical companies for their lack of attention given to the AIDS Crisis, which had already killed tens of thousands of Americans. This was fueled by the FDA's halting of clinical trials for the drug AZT. 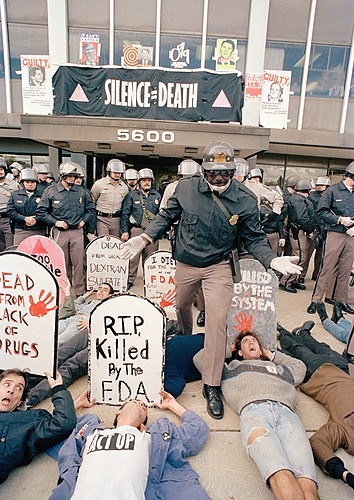 in 1990, the USA enacted an immigration policy that banned people with HIV/AIDS from entering the country, a decision met by massive protests. The 6th International AIDS Conference was being held in San Francisco at the time, which many NGOs boycotted in protest of the policy. The US also enacted the ADA (Americans with Disabilities Act) in the same year, which banned workplace discrimination due to disability, specifically mentioning HIV/AIDS.

Magic Johnson Announces he has HIV

On November 7, 1991, Magic Johnson (a professional basketball player), announced that he had HIV. He retired from the sport and planned to spend his time educating young people about the disease. This helped lessen the association of HIV/AIDS with being a "gay disease". 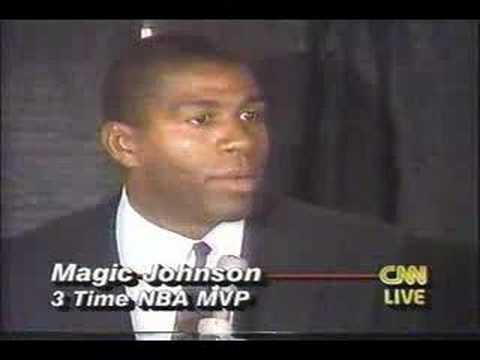 In June 1995, the FDA approved the first protease inhibitor beginning a new era of highly active antiretroviral treatment (HAART). This led to a 60-80% decrease in AIDS-related deaths in wealthy countries. This is what lessened the death-sentence connotation of HIV/AIDS. 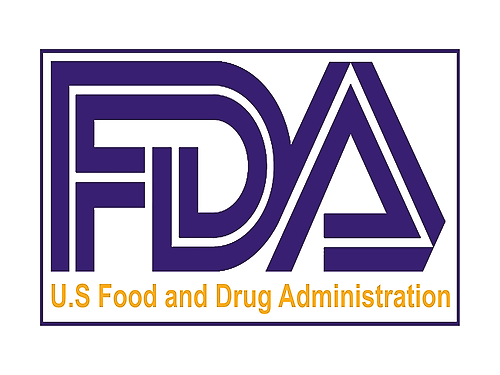 In 1996, the Joint United Nations Programme on AIDS (UNAIDS) was established to advocate for global action on the epidemic and coordinate the response to HIV and AIDS across the UN. Worldwide, HIV/AIDS was still killing millions, despite the optimism associated with HAART. An estimated 33 million people were living with HIV and 14 million people had died from AIDS since the start of the epidemic 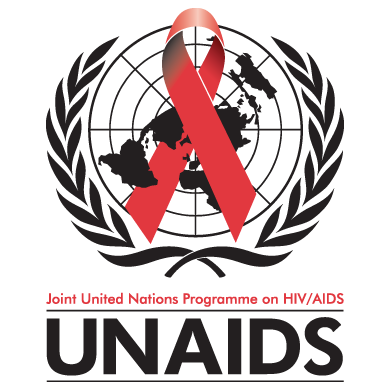