-The first week after conception
-Sperm travels to the ovum to form a zygote
-Zygotes form through meiosis
-Mitosis occurs after fertilization,cells turn into blastocyst
-Blastocyst become embedded in uterus , after implantation. 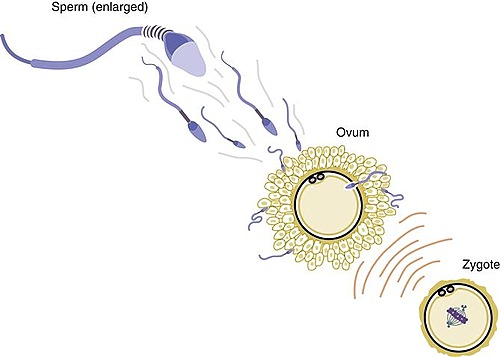 -This starts the second period of prenatal development, and goes until the eight week.
-5 Physiological process occur
1. Induction: One group of cells goes on another that leads to the developmental pathway in the responding tissue.
2. Proliferation: This causes blastocyst to grow, and accumulation of byproducts.
3.Differentiation: the identical embryonic cells change to become distinct naturally and functionally.
4.Morphogenesis: Differing or specific tissue structure development, due to inductive interactions and embryonic cell migration.
5.Maturation: adult function and size is obtained, due to proliferation,differentiation and morphogenesis. 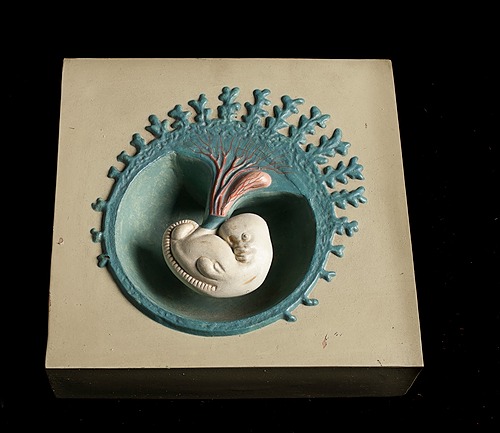 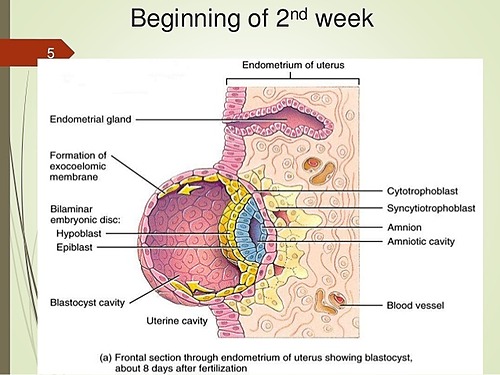 -The primitive streak forms within the bilaminar disc.
-Primitive streak causes disc to have bilateral symmetry.
-In the primitive streak cells will move from epiblast layer to the hypoblast layer.
-Overall three layers will be formed which are the Endoderm,Mesoderm, and Ectoderm.
-Endoderm forms respiratory epithelium and cells of glands
-Mesoderm forms connective tissue such as bone,blood,muscle, and cartilage.
-Ectoderm forms the skin epidermis and CNS.
-CNS starts to develop. 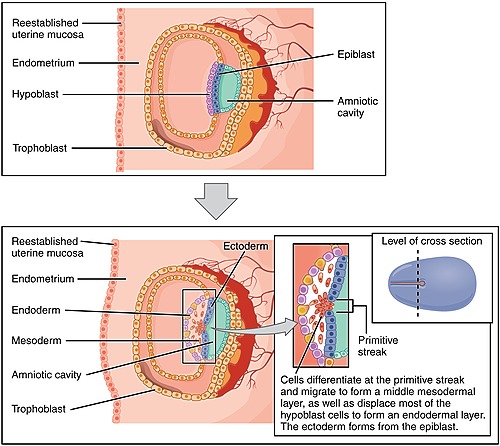 -Trilaminar embryonic disc undergoes lateral and anterior folding
-After folding the endoderm is inside the ectoderm and the mesoderm fills the space in between.
-The digestive tract is formed. It is separated into three regions: the foregut, midgut, and hindgut.
1.Foregut: forms the primitive pharynx and throat
2.Midgut/Hindgut: form the rest of the mature pharynx and digestive tract.
-The face and neck begin to develop, as the primitive eyes, ears,nose,oral cavity, and jaw areas are developing.
-Maxillary Processes, Medial nasal processes and pits are formed.
-Median nasal processes fuse into maxillary segments to form primary palate. 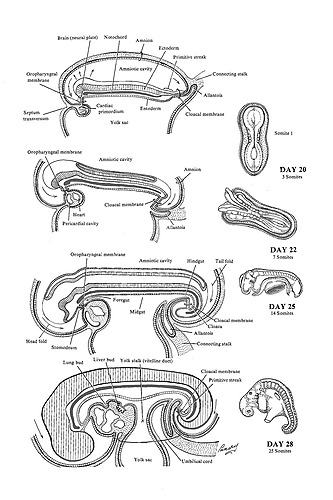 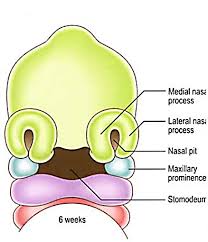 -The maxillary processes fuse together on both sides, and they also fuse with the mandibular arch for the formation of the lower lip.
-Muscle cells of the mesoderm form the hyoid arches differentiate and migrate to mandibular muscle. This all contributes to form facial muscles over the skeletal bones.
-The secondary palate is formed. 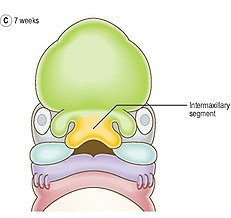 Completion of all Facial Structures 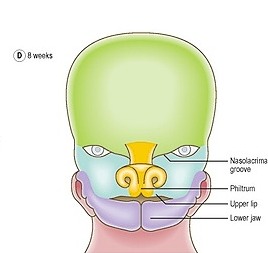 -This period is from the ninth week of pregnancy until the ninth month.
-Proliferation,Differentiation, and Morphogenesis
-Twelfth week the final palate forms and the nasal cavity is completed.
-By the end of the fourth month fetal heartbeat and movements are present. 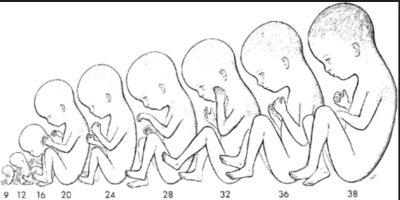 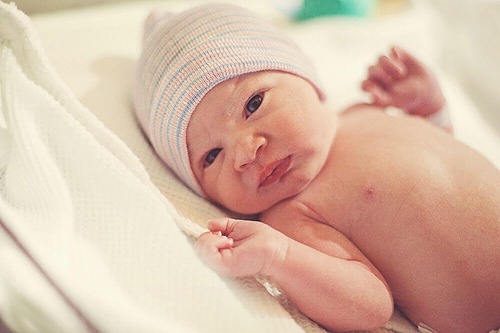