The history of the Atom

Democritus was a Greek philosopher who thought about the idea of the atom, and just came up with the name and basic concept of what an atom was, he also said that the atom was the base of the universe. Democritus also came from a wealthy family and is said to of visited places in Asia and Africa. 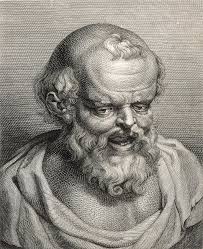 John Dalton was a Scientist in England who elaborated on Democritus' idea of the Atom by creating his own atomic theory based on the law of conservation of mass, the law of definite proportion, and the law of multiple proportions. This theory was the starting ground for the rest of the discoverers involving the atom, even though some of it was proven to be incorrect. Dalton also wrote books on color blindness and atomic weights. 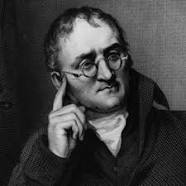 JJ Thomson was an English Physicist who discovered the electron. He discovered this in his cathode ray experiment. After this experiment Thomson came up with the plum pudding model which showed electrons randomly placed around a solid shape. Thomson also received the Nobel prize for physics.

Ernest Rutherford was an British Physicist who was born in New Zealand. Rutherford discovered the nucleus of the atom and theorized on the existence of the neutron. He discovered the nucleus in his gold foil experiment in which he shot an alpha particle at a thin piece of gold foil, as expected most of the particles went through the foil but some deflected which helped prove the existence of the nucleus. Rutherford also collaborated with other scientists including James Chadwick.

Niels Bohr was a Danish physicist who came up with the Bohr model which helped us have a better grasp on electrons and there relationship with the nucleus. This model is not used any more because it was disproved when Chadwick came up with his model and how you can't know the locations of electrons in an atom. Bohr also was very open on the idea of uranium being used in atomic bombs and how it was very unethical at the time the Manhattan project was going on.

Erwin Schrodinger was an Austrian physicist who created the idea of Quantum mechanics. This was important because it helped lead to the modern model of the atom that shows that we have no idea where electrons are in an atom but with quantum mechanics we can have educated guesses. Schrodinger came up with his quantum mechanical wave equation when he was in a hospital suffering from Tuberculosis.

James Chadwick was an English Physicist who discovered the Neutron and the weight of the neutron. This helped develop what we know now of the nucleus and atomic mass and the idea of the electron cloud or electron cloud model. Chadwick also won the Nobel prize for Physics because of this discovery.