Fur trappers known as “mountain men” came to Grand Teton National Park in search of beaver fur because they used the beaver fur as material to make top hats. Many trappers came to this area due to the abundance of beavers in the area. This was popular in the early 1800s, but by the 1840s this trend died down. 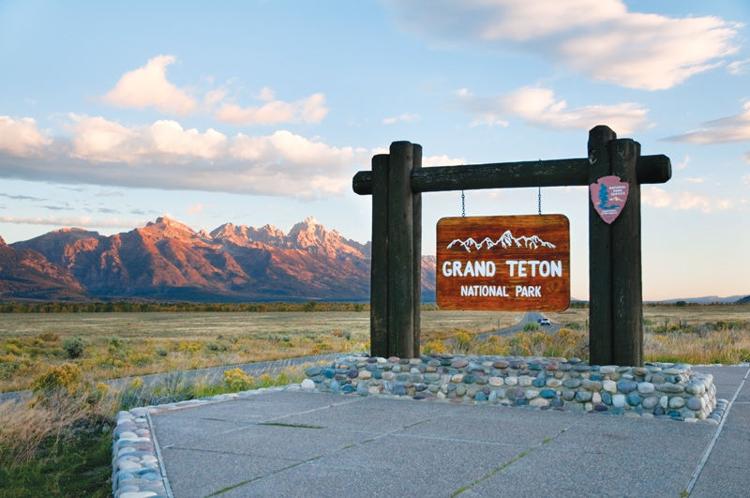 Father of Elk Management and Wilderness Act of 1964

Olaus Murie, who is called the “father of modern Elk management”, came to visit Grand Teton National Park in 1927. He started a study on Elk and then later because so interested in the park that he opened a ranch which is now called the White Grass Dude Ranch. Murie was one of the conservationists who wrote the Wilderness Act of 1964 and without his research and contribution to Grand Tenton, it may not be what it is today.
https://www.wyohistory.org/encyclopedia/establishment-grand-teton-national-park

John D. Rockefeller toured the area known as Grand Teton National Park and fell in love with the area, as well as its majestic scenery. Rockefeller ended up purchasing the land and prepared over 35,000 acres of land to get it ready to be sold to the federal government and become a national park.
https://www.wyohistory.org/encyclopedia/establishment-grand-teton-national-park
In 1950, Congress established the land we know now as Grand Teton National Park. In 1929, a portion of the park was established to protect the Teton Range and in 1943, FDR declared that the remaining land would be part of the Jackson Hole National Monument. It wasn’t until after 1949 when John D. Rockefeller donated another portion of land, that everything was united into present-day Grand Teton National Park.
https://www.nps.gov/grte/learn/historyculture/cultural.htm

The 2016 “Berry Fire” was the largest wildfire in the history of Grand Teton National Park. The fire lasted over 70 days and burned more than 20,000 acres of wildlife. The fire devastated the park and even burned some of the regrowth from previous fires in 1988 and 2000. Fires are becoming increasingly more common due to climate change.
https://www.nps.gov/grte/learn/management/berryfire.htm

This past June, a wolverine was captured in Grand Teton National Park, which is the first time that the animal has been seen in Colorado since 1919. The discovery is incredibly important as the USFWS is considering giving the wolverine protection under the Endangered Species Act. It is estimated that there are less than 500 wolverines left in the United States today.
https://www.endangered.org/wolverine-sighted-in-colorado-for-first-time-in-90-years/

In August, a child with his family on the Grand Teton National Park’s main interior road saw his very first Grayish-White Lobo Wolf; though unfortunately it had just been struck by a vehicle, killing it. This is a saddening occurrence which happens on average about once a year, since 2005.
https://www.jhnewsandguide.com/news/environmental/vehicle-strikes-kills-another-wolf-in-grand-teton-national-park/article_d975a149-6d31-51c9-9a53-a955d5cb3ccc.html
https://www.nps.gov/grte/learn/historyculture/cultural.htm

The first lady and U.S. Secretary of the Interior recently held an event at Grand Teton to promote children spending time outside and learning about the national parks. The event also increased awareness of the accessibility and amenities of the park.
https://www.wyomingnews.com/news/local_news/first-lady-bernhart-highlight-every-kid-outdoors-program-at-grand/article_367dee58-d689-5f82-8b8e-3b507592cca9.html
https://www.nps.gov/grte/learn/historyculture/cultural.htm

Place cursor over event to see details, or read below chart.