split of the Roman Empire

The Roman Empire split into the western and eastern side. This was due to the empire being so large that this would be thought to be more of a effective way to rule and manage the empire. Diocletian, a bold roman general seized power and declared himself the new emperor giving the oder to split up the empire, leaving the western side to be ruled by his fellow compeer Maximian.

the founder of the byzantine empire

The beginning of the byzantine empire started with Constantine a great Roman Empire, who later rebuilt the city of Byzantium as a imperial capital founding the eastern Roman Empire. As emperor Constantine enacted several changes that would make byzantine culture more distinct from Roman. One distinct change was the introduction of a new gold coin called the solidus. This coin was used to combat inflation but set a standard for the Byzantine currency and European currency for a century later. Constantine was also the first Roman Empire to convert to christianity swell as legalized christianity in the Roman Empire, which before has previously been prosecuted against. the important document he issued in 313 CE ,was the Edict of Milan which stated that christians are allowed to to follow there faith without being persecuted. The Edict of Milan did not only provide christians the freedom of faith but all religions. 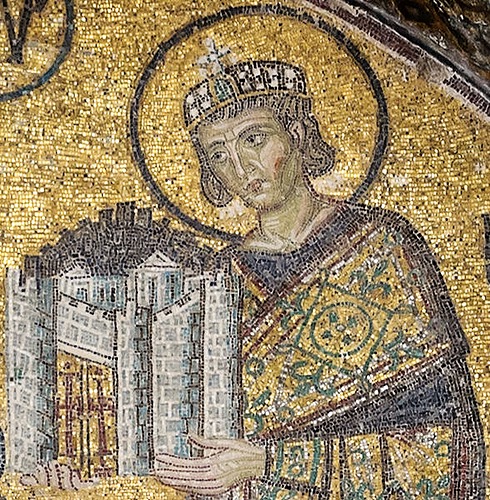 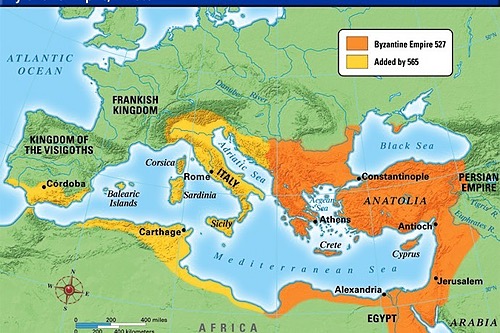 The western Roman collapse happened in 476CE when waves of Germanic barbarian tribes swept through Rome. Romulus the last western Roman emperor was overthrown by Odoacer, the first Barbarian to rule in Rome. The most Preeminent reason western Rome fell was because of the splitting of the Roman Empire into a western and eastern side weakening the military.

Justinian is most known for taking back some of the western roman territory's like the Italian peninsula and much of North Africa, after the germanic tribes took over the western Roman Empire in 467CE. Justinian is also known for adding new laws during his reign called the code of Justinian . The code of Justinian was a collection of laws and legal interpretations designed to make laws more consistent with each other. Justinian's code had a influence on the byzantine empire for the next 900 years and even influence of some future modern schools of law. Justinian also established greek to became the primary language spoken, and had greek written in all documents instead of latin. Justinian Reign was considered the "high point" of the byzantine empire. 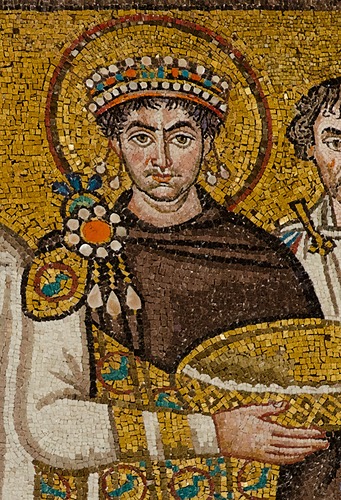 the Hagia Sophia, built under Justinian's reign means "holy wisdom" This piece of Byzantine art is a domed momument built in the capital at Constantinople. This was the biggest architectural artistic achievement by the byzantine empire. The Hagia Sophia is one of the worlds greatest monuments today. 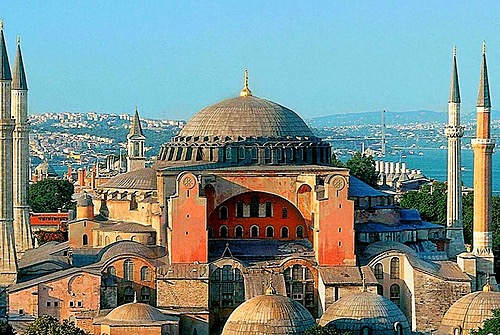 Considered the Byzantine Renaissance because art began to thrive, and artists began to adopt a naturalistic style of art. Byzantine Art was created by roman and greek techniques mixed with christian themes. The byzantine renaissance had a strong influence on the later Italian renaissance. Mosaics were the most popular piece of byzantine art and were mostly used to depict religious figures in byzantine culture. Mosaics were considered worship access to the spiritual world. 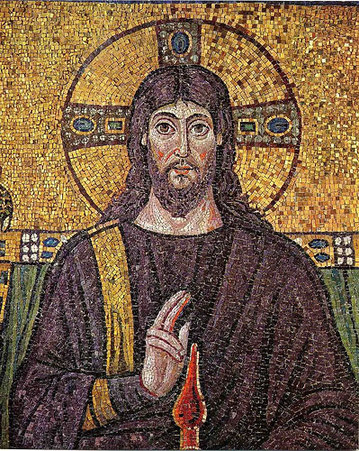 The great schism is known as the break of communication between Catholic church and the Greek orthodox church. The great schism was caused by frustration that erupted from mistranslation because they spoke different languages and the two churches were relatively far away so it was difficult to stay in touch. The main difference between the two churches are the different beliefs on Jesus Christ and the nature of god.

start of the downfall

large number of latin forces took over Constantinople during the fourth crusade and burned a lot of the capital, which left 1/3 of the population homeless. 50 years later Michael VIII recaptured constaninople but didn't gain back all the territories.

Fall of the Byzantine empire