History of Gender Based Violence

Taelor: In 1976, Nebraska became the first state in the U.S. to get rid of the "marital rape exemption" that had been included in every rape law up until this point. Slowly, other states began to follow suit, and by 1993 all 50 states had gotten rid of the law.
Citation: England, Deborah C. “The History of Marital Rape Laws.” Www.criminaldefenselawyer.com, Nolo, 27 Mar. 2015, www.criminaldefenselawyer.com/resources/criminal-defense/crime-penalties/marital-rape.htm.
Image Citation: “Rape in Marriage: Why Was It so Hard to Criminalise Sexual Violence?” Australian Women's History Network, 29 Sept. 2017, www.auswhn.org.au/blog/marital-rape/. 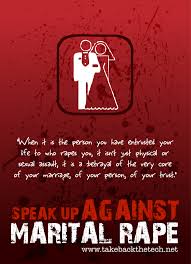 Layla: In November 1995, the first national survey was conducted for the National Violence Against Women(NVAW) survey. This survey managed to receive samples of 16,000 men and women who experienced various forms of violence. These telephone interviews included detailed questions about their experience.
Citation: Tjaden, Patricia. “Full Report of the Prevalence, Incidence, and Consequences of Violence Against Women.” National Institute of Justice, https://www.ncjrs.gov
Image Citation: Relationship Between Victim and Offender (NVAW Survey), https://www.csom.org/train/Supervision/medium/section1/sld010.htm.

Layla: In 1998, the V-Day Movement was started by a woman named Eve Ensler that wrote broadway shows addressing women’s sexuality, rape, and abuse. She used the money that she made from these shows to start V-Day. V-Day’s mission is to end violence against women, girls, cisgender and transgenders.
Citation: Cheng, Carl. “Who, What, and How?” V-Day, 2014
www.vday.org
Image Citation: “Home: V-Day: A Global Movement to End Violence Against Women and Girls Worldwide.” V, https://www.vday.org/. 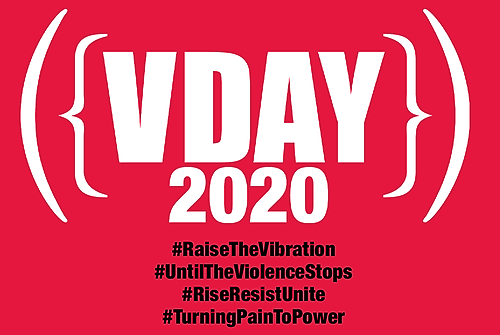 Taelor: The Me Too movement was created by Tarana Burke to help sexual assault survivors, primarily women of color, in low-income communities. The movement then had a resurgence roughly a decade later, though the focus has seemingly shifted towards sexual assault within the entertainment industry.
Citation: “About.” Me Too Movement, metoomvmt.org/about/.
Image Citation: Worthen, Meredith. “Tarana Burke.” Biography.com, A&E Networks Television, 15 Apr. 2019, www.biography.com/activist/tarana-burke. 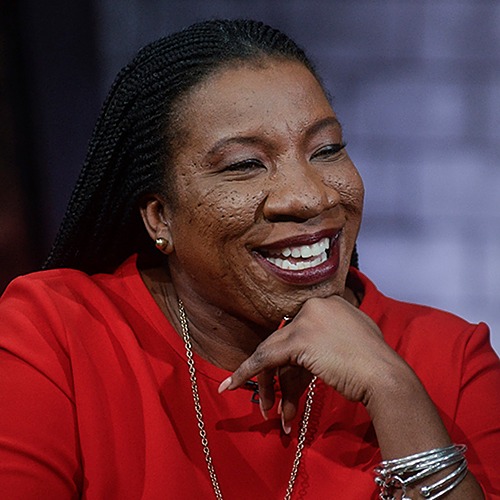 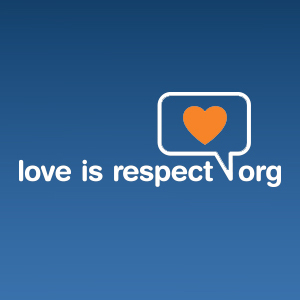 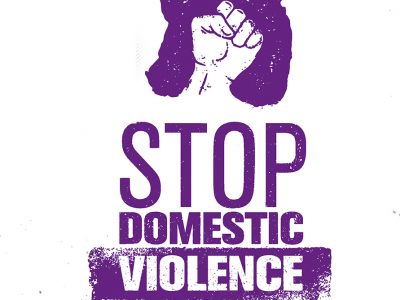 FBI Changes The Definition of Rape

Taelor: The definition of rape that the FBI used for data collection was changed in 2012 (though it went into effect in 2013) from “the carnal knowledge of a female forcibly and against her will” to ““Penetration, no matter how slight, of the vagina or anus with any body part or object, or oral penetration by a sex organ of another person, without the consent of the victim.” This not only clarified what acts qualify as rape, it also removes female from the definition in regards to the victim.
Citation: “Rape.” FBI, FBI, 8 Oct. 2014, ucr.fbi.gov/crime-in-the-u.s/2013/crime-in-the-u.s.-2013/violent-crime/rape.
Image Citation: “Seal & Motto.” FBI, FBI, 3 May 2016, www.fbi.gov/history/seal-motto. 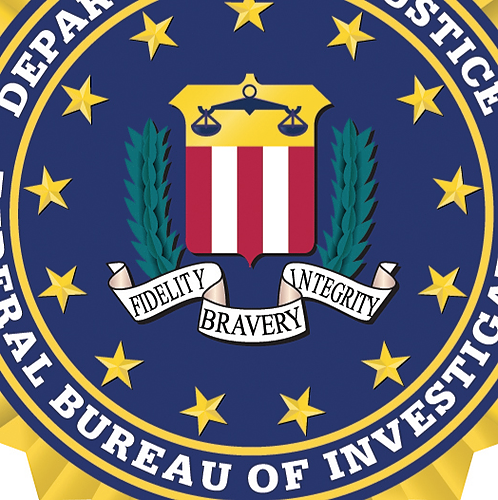 Olivia: The Violence Against Women Reauthorization Act of 2013 was passed to combat violence against women and provide services and support for domestic abuse victims. This includes free rape exams, legal aid for survivors, programs for women with disabilities, and protection for victims who have been evicted from their homes.
Citation: “Laws on Violence against Women.” Womenshealth.gov, 11 Oct. 2018, https://www.womenshealth.gov/relationships-and-safety/get-help/laws-violence-against-women.
Image Citation: ABC News, ABC News Network, https://abcnews.go.com/blogs/politics/2013/03/obama-signs-violence-against-women-reauthorization-act. 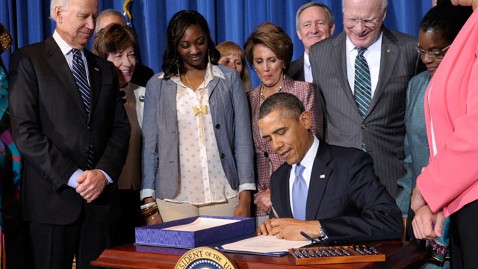 Olivia: The #SayHerName movement created by AAPF (African American Policy Forum) and CRISPS (Center For Intersectionality and Social Policy Studies) to bring awareness to Black women and girls who were victims of police violence. Family members of black women who were killed by police came together to educate others about violence against black women.
Citation: “About the Campaign.” AAPF, http://aapf.org/about-the-campaign.
Image Citation: Monroe, Irene. “Where Is My Black Body Safe In America?” LA Progressive, 31 July 2015, https://www.laprogressive.com/sayhername/. 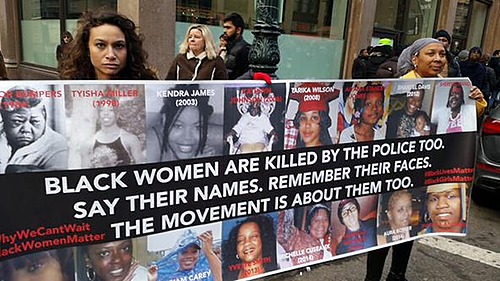