The National Organization for Women was founded on June 30th, 1966. Betty Friedan, along with a group of feminist activists, formed NOW as a way to fight against sex discrimination. This group made great strides for women's equality, but failed to include lesbians in their work. 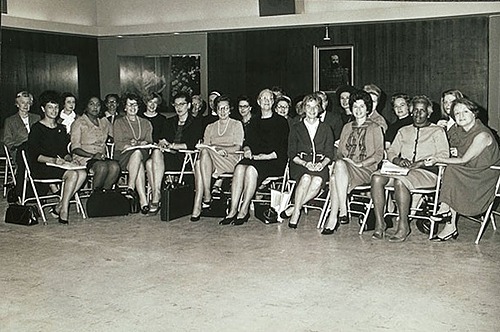 In 1969, Ivy Bottini, one of the founders of New York's NOW, held a forum titled "Is Lesbianism a Feminist Issue?". This was the first time that lesbian issues were brought up in the group. 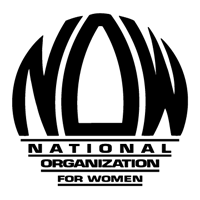 Diana Davies took this photo of "Ida" on May 1, 1970. It depicts a member of the Lavender Menace protests, in which a group of lesbian activists disrupted the 1970 Second Congress to Unite Women after Betty Friedman referred to outspoken lesbians as a "lavender menace". Davies took multiple photos of the Lavender Menace protests and was one of the prime photojournalists who documented the gay liberation and women's movements. 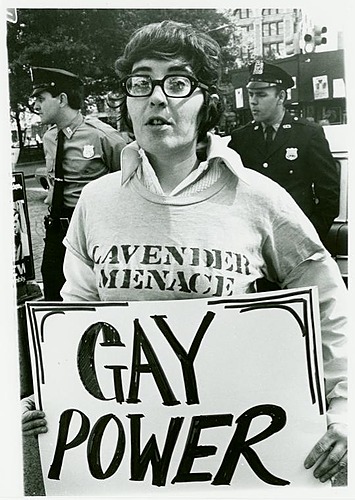 Diana Davies, the photographer who took the photo "The Lavender Menace", also took photos during the gay rights demonstration in Albany, New York. This is one of her most well known works, with over one-hundred photos from the event. 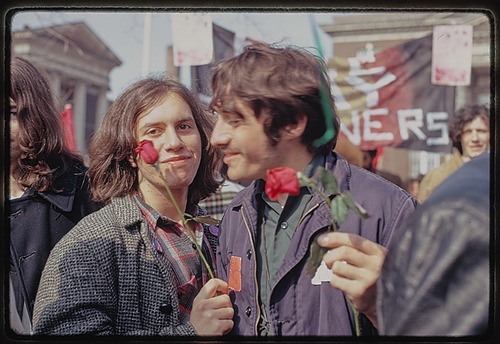 NOW passed a resolution in 1971 that discussed lesbian issues. The resolution stated “that a woman’s right to her own person includes the right to define and express her own sexuality and to choose her own lifestyle". 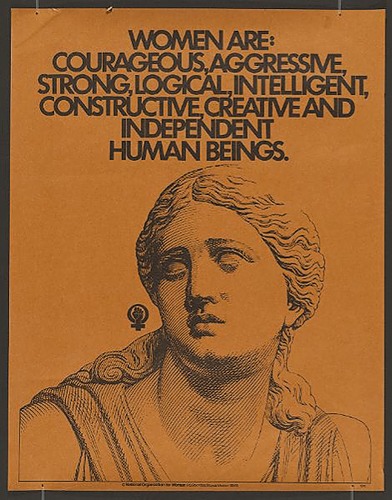 Accounting for about ten percent of women in NOW, lesbians formed the NOW Task Force on Sexuality and Lesbianism. This group was formed in an attempt to end discrimination based on sexual orientation and to provide lesbians with the representation that they had been lacking for so long within NOW. 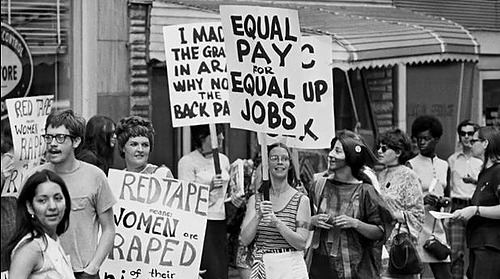 The West Coast Lesbian Conference was held in 1973 at UCLA. This conference was described as "the largest dyke conference in history" and it demonstrated the divide within the lesbian community at the time. This divide was based on the argument between woman-identified feminism and trans positive feminism. 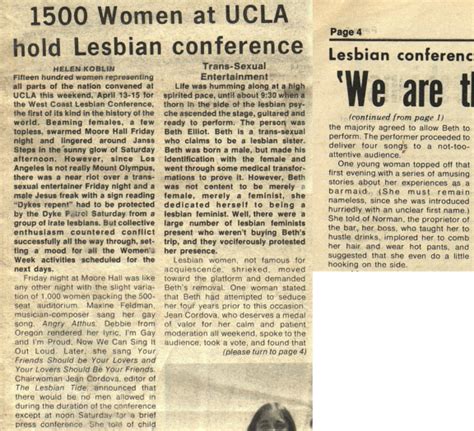 In April of 1981, the British Leeds Revolutionary Feminist Group wrote a paper titled "Political Lesbianism: The Case Against Heterosexuality". In this paper, the group stated that "all feminists can and should be political lesbians", coining the term "political lesbianism". 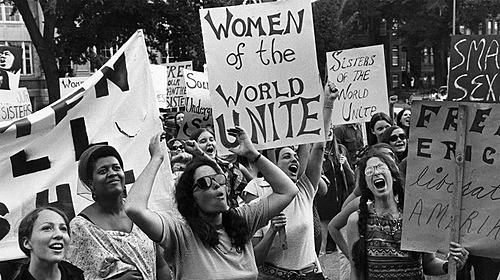