King Louis XVI was born on August 23, 1754, in the Palace of Versailles to Queen Maria and King Louis XV. He was known as an awkward and clumsy man. He became king when he was 19 in 1774 and reigned until 1792 when he was executed for convicted of conspiracy with foreign powers on January 21, 1793.

Calling of the Estates General

King Louis XVI reluctantly called the Estate General featuring the clergy, noblemen, and the commoners to come to a decision on raising taxes for the first and second estate. There, the third estate demanded to be counted by head and not by class, and the request and denied. 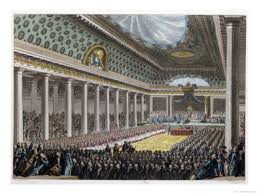 Upon the denied request to be counted by head and not by class, the third estate made an oath in a close indoor tennis court that until a constitution is formed on firm standards, not to separate. They then formed the National Assembly on June 17, 1789. 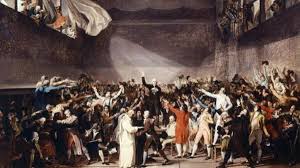 The Raid of Bastille

Angry revolutionaries then stormed the state prison called Bastille in order to gain weaponry because they suspected the king was building an army to eliminate them. It was also rumoured to be holding political prisoners, and the raid was symbolic because it was rumoured that it holds political prisoners.
The storming of the Bastille then fuelled others raids and the Woman's March, as well as giving hope that the people had a chance to make a difference. 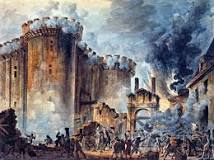 Declaration of the Rights of Man

The National Assembly then created a human rights civil rights document called The Declaration of the Rights of Man, in order to protect some of the rights of the commoners. It was important because it tells about the roles of citizens and government, and that the citizens have the right to choose and form their government. 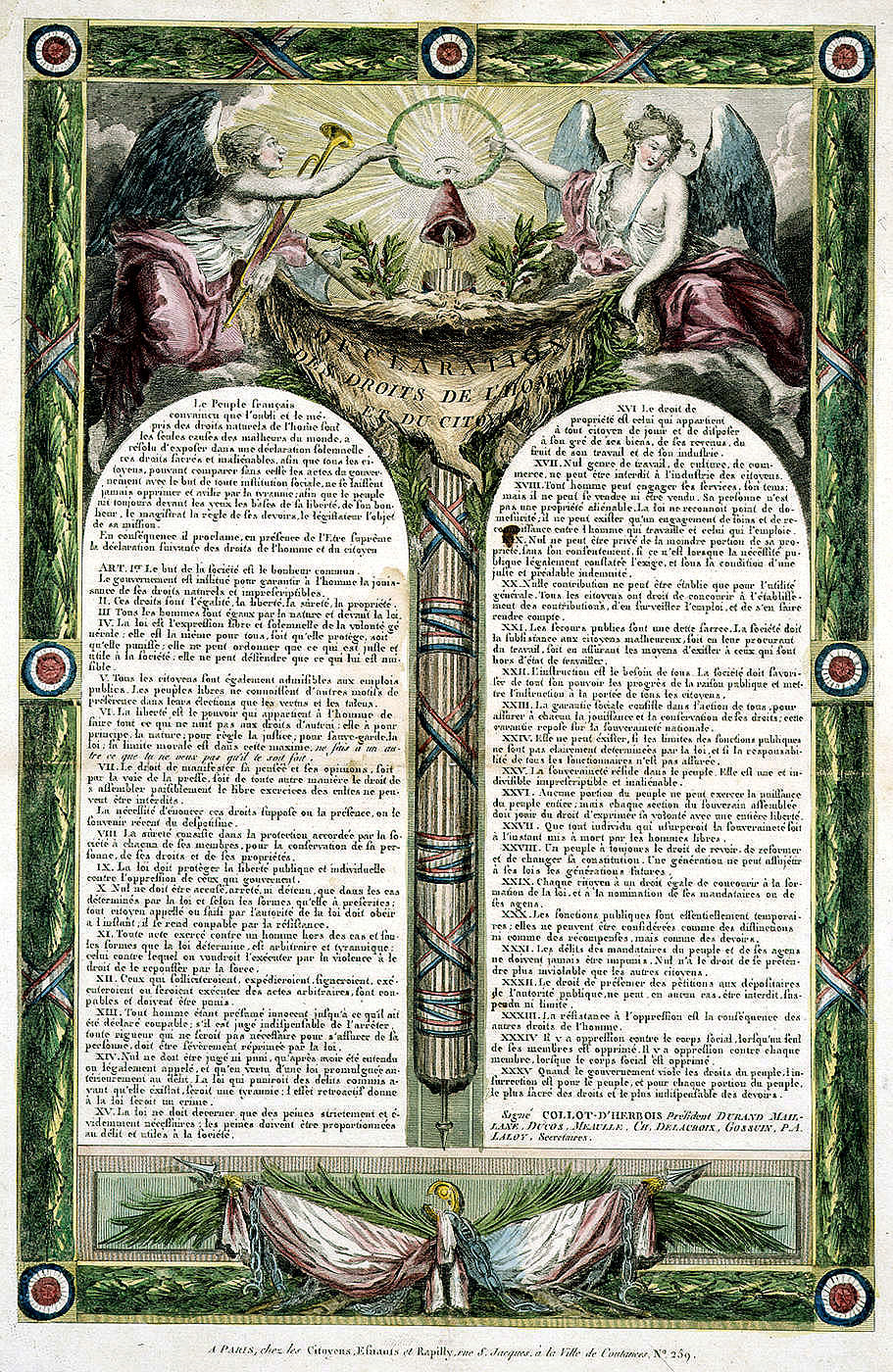 The Civil Constitution of the Clergy

To correct the financial crisis, the National assembly then wrote The Civil Constitution of the Clergy to take over church land and putting the church under the state, where the clergymen then had to swear an oath to the new constitutions where many refused. 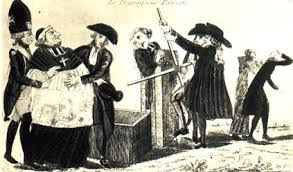 Royal Family Attempt to Flee and Execution of the King

Betrayed, the people arrested the King and put him on trial. There, King Louis XVI was found guilty for multiple crimes and sentenced to death by guillotine. On January 21, 1793 at 10:22, the King was executed.

Georges-Jacques Danton, rose in the Assembly on September 2nd 1792, and gave a speech of boldness to help conquer the foreign war with Austria but it instead inspired the destruction of the enemies of the revolution and thousands of people died on the accusation of being against the revolution.

The Committee of Public Safety, led by Maximilien Robespierre took control over and started the executions on "The Law of Suspect".

Both the Jacobins and Girondins both agreed that the Reign of Terror must stop. The two competing political clubs, were rivaling for control and the Jacobins were most popular as they fought for the execution of the King and won, they were primarily in control; but a woman named Charlotte Corday snuck into his bath and stabbed him; he was the first martyr.
George Jacques Danton, leader of the Girondins, then insisted the Reign of Terror stop, and he was the next person to be executed. The Jacobins then had enough and had Maximilien arrested and executed.

The people of France were tired of all the fluctuation in governance, so The Directory became the government, but because of the many flaws and as it became more corrupt, the military leaders rose in power. Eventually Napoleon Bonaparte overthrew The Directory in a coup; he then became emperor. 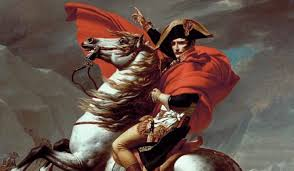 After the coup of The Directory in November 1799, Napoleon then Promoted himself to the Emperor of France. He was one of histories best strategist in the military and was revolutionary when it came to war tactics. He expanded French boundaries and ruled over the French empire. 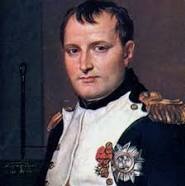