Native Americans and Africans in the British Colonies

The Powhatan people regarded early Jamestown settlers with suspicion and were hostile at first - defending their land from invasion. In the first weeks of the Jamestown settlement, the English and Algonquian warriors skirmished many times.

Cooperation between the Natives and settlers came with the first, harsh winter at Jamestown - the English settlers were dying from disease and starvation and the Powhatan people brought corn for barter and helped to keep the colony alive.

After this, the natives maintained contact with the settlers, but generally kept their distance. The settlers often responded to the Natives with alternating friendliness and violence - which was confusing and unsettling. The Powhatans would occasionally retaliate against settler violence in small ways but did not organize anything large scale for many years.

Economic/ Trade relationships were successful between Natives and Jamestown settlers. 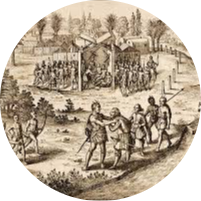 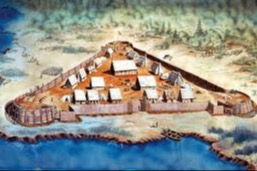 Relations between the natives and Jamestown settlers break down

After the death of Powhatan in 1618, his brother Opechancanough replaced him as chief. His attitude toward the settlers and relations between his people and the English was much different. 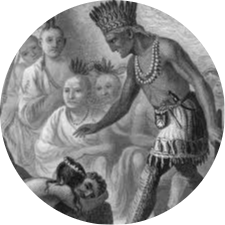 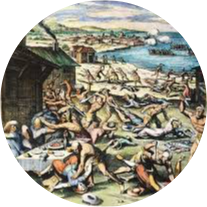 A series of skirmishes between Natives and English Settlers in the Connecticut River Valley between 1636 and 1637 culminated in the Pequot War.

Colonist massacred the Pequot Tribe to the point of extinction.

After this, more peaceful relations were re-established between the English and the Wampanoag tribe. But the English steadily encroached into Native American territory prompting many tribes to band together to resist. 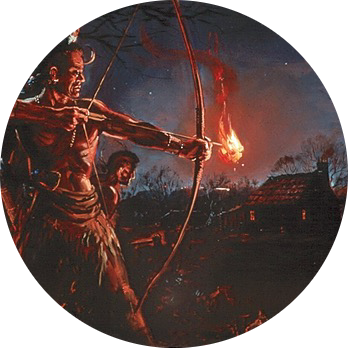 In 1675, the Wampanoags - led by Chief Metacomet (known to the English as "King Philip") attacked the English settlements in Western Massachusetts. Settlers formed militias to counter these attacks resulting in a sequence of battles between settler and Native coalitions that killed more than a thousand colonists and thousands of Natives.

The Native Americans destroyed 13 English settlements and partially burned another 6-7.

By the Spring of 1676, the Natives had reached Boston and were roaming freely throughout the territory. The Colonists managed to defeat the Natives using a scorched-earth policy of burning their food supplies.

King Philip's War left the colonies with large amounts of war debt, heavily damaged landscapes, and an enduring hatred of Natives. The war also prompted a royal investigation into whether New England was adhering to English Law in the colonies and led to more direct royal involvement in colonial government. 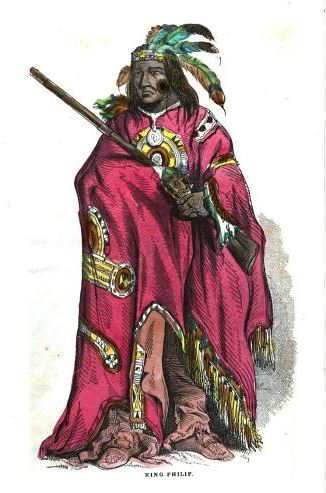 African Slavery in the British Colonies

Came from various parts of the West African Coast - spoke a variety of languages, had different cultural and religious backgrounds, etc - their only common experience was enslavement. 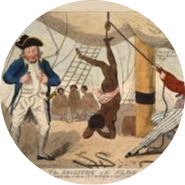 English colonists were unsuccessful in securing Native American Labor. English Colonies in the West Indies (Caribbean) followed the Spanish and Portuguese model of plantations w/ slave labor. Slavery did not come to the mainland British colonies until the 1619 and a widespread system of slave labor didn't emerge until the last quarter of the 17th Century. 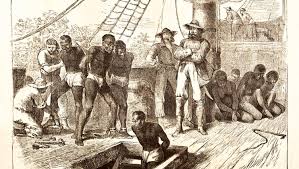 Barbados is colonized by the British

"Jewel of the West Indies" - proclaimed to be "the most flourishing Island in all those American parts, and I verily believe in all the world for the production of Sugar" 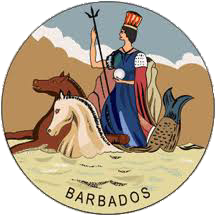 Sugar could be sold for very high prices in Europe, so it was a lucrative cash crop. By the mid-17th Century, annual sugar exports were about 150,000 pounds... by 1700, it was nearly 50 million pounds.

Poor farmers could not afford expensive machinery to extract and refine the sugar cane into sugar - but those who COULD afford it quickly became rich. The average "Sugar Baron" in Barbados owned about 115 slaves by the year 1680.

Slaves planted, cultivated, and harvested sugarcane - planters purchased and imported thousands of slaves to work on their plantations and feed the growing demand for the product. Life and labor for slaves was brutal - death rates were very high. Slave men outnumbered women - very few slaves could form families/ have children. This meant that the slave population was not likely to grow by natural reproduction - thus increasing the importation of slave labor directly from Africa.

By 1700, slaves made up more than 75% of the total population of Barbados. 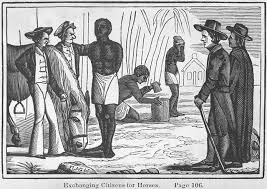 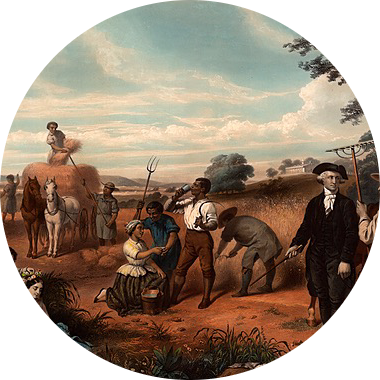 Barbadian planter, John Colleton and 7 other men obtained a charter from King Charles II to establish the Carolina colonies north of Spanish Florida. They hoped to attract settlers from Barbados and other colonies to develop a cash crop to rival West Indies sugar and Chesapeake tobacco.

Drafted the Fundamental Constitutions of Carolina (with the help of John Locke) - provided religious liberty/ political rights for small landholders... while envisioning a society with a landed aristocracy and slave labor. Used the Headright system to give up to 150 acres of land to each settler.

Early settlers to South Carolina were immigrants from Barbados who brought their slaves with them. They experimented (unsuccessfully) with crops of tobacco, cotton, indigo, and olives. By the mid-1600s, they had settled on a hearty strain of rice to build rice plantations. 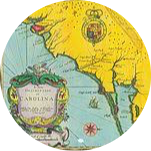 Up until the 1670s, almost all Chesapeake colonists were white people from England. By 1700, 1 out of 8 people in the colony was a black person from Africa.

The black population grew 5x between 1670 and 1700 as tobacco planters shifted from indentured servant to slave labor.

Why the switch?
- Slaves cost 3-5x more than indentured servants - but because they never gained freedom, it was a ONE TIME cost instead of a recurring cost.
- mortality rates among slaves had declined - so slaves were living longer.
- slaves were a PERPETUAL labor force since the Slave Codes made slave status inheritable. So you were able to purchase a slave, but his/ her children and their children would also belong to you.
- political control - slaves would not rebel or revolt (Bacon's Rebellion)

Slavery polarized Chesapeake society along the lines of race and status: all slaves were black and nearly all blacks were slaves. All free people were white, and almost all white people were free or only temporarily bound to the term of indenture. The slave labor system thus received tensions between the poor and rich and provided a common privilege of freedom that all white people shared - regardless of their social/ economic status.

Life for Slaves in the Chesapeake:
- most slaves had frequent and close contact with white people
- white indentured servants and black slaves would perform the same tasks and work side by side
- slaves were able to build communities with other slaves - including families and marriage
- some slaves ran away (or tried to) but were usually captured and returned.
- very few slave rebellions/ insurrections. 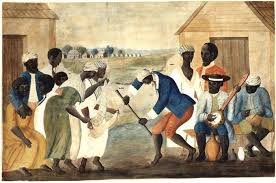 Slavery becomes the defining characteristic of the Southern Colonies

growth in slave population occurred through a combination of natural increase (reproduction) and the Transatlantic Slave Trade.

Two distinct agricultural zones:
- Upper South (around the Chesapeake Bay Area) - specialized in tobacco
9 out of 10 southern whites and 8 out of 10 southern blacks lived here.
- Lower South (coastal regions/ Carolinas) - grew rice and indigo
5% of total population of the southern colonies in 1700 >> 15% in 1770 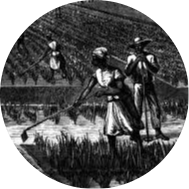 Stono, South Carolina
group of 20 slaves attack a country store, killing the 2 storekeepers and stealing guns, ammunition, etc.
Other slaves joined - the group plundered, burned about a half dozen plantations and killed more than 20 white women, women and children.
The rebellion was quickly suppressed - rebels were killed and their head mounted on spikes as warnings.

South Carolina responded to the rebellion by issuing even stricter Slave Codes (1740) aimed at punishing the "barbarous and savage negroes". 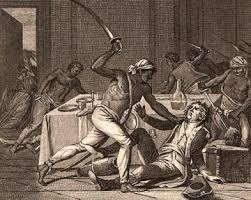