The Cold War: The Atomic Age

The containment strategy also provided the rationale for an unprecedented arms buildup in the United States. In 1950, a National Security Council Report known as NSC–68 had echoed Truman’s recommendation that the country use military force to “contain”. World War II ended . Thus began a deadly “arms race.” In 1949, the Soviets tested an atom bomb of their own.

the time World War II ended, most American officials agreed that the best defense against the Soviet threat was a strategy called “containment.” The Soviet Union, he wrote, was “a political force committed fanatically to the belief that with the U.S. there can be no permanent modus vivendi [agreement between parties that disagree]”

cold war with U.S.A and the soviet union

The Cold War was the geopolitical, ideological, and economic struggle between two world superpowers, the USA and the USSR, that started in 1947 at the end of the Second World War and lasted until the dissolution of the Soviet Union on December 26, 1991.In 1945, one major war ended and another began.

The Cold War lasted about 45 years. There were no direct military campaigns between the two main antagonists, the United States and the Soviet Union. Yet billions of dollars and millions of lives were lost in the fight.

The United States became the leader of the free-market capitalist world. America and its allies struggled to keep the communist, totalitarian Soviet Union from expanding into Europe, Asia, and Africa. Theaters as remote as Korea and Vietnam, Cuba and Grenada, Afghanistan and Angola, became battlegrounds between the two ideologies. One postwar pattern quickly became clear. The United States would not retreat into its former isolationist stance as long as there was a Cold War to wage. 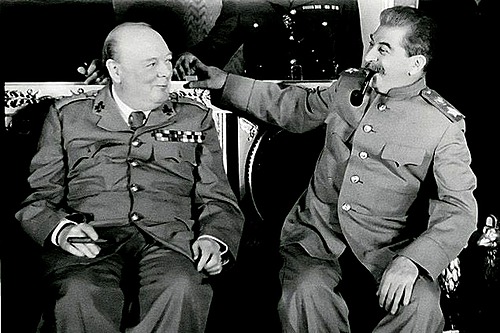 The Marshall Plan, also known as the European Recovery Program, was a U.S. program providing aid to Western Europe following the devastation of World War II. It was enacted in 1948 and provided more than $15 billion to help finance rebuilding efforts on the continent. The brainchild of U.S. Secretary of State George C. Marshall, for whom it was named, it was crafted as a four-year plan to reconstruct cities, industries and infrastructure heavily damaged during the war and to remove trade barriers between European neighbors as well as foster commerce between those countries and the United States.

on june 25th 1950 the korean war began when some 75,000 soldiers from the North Korean People’s Army poured across the 38th parallel, The boundary between the Soviet-backed Democratic People’s Republic of Korea to the north and the pro-Western Republic of Korea to the south. This invasion was the first military action of the Cold War. By July, American troops had entered the war on South Korea’s behalf. As far as American officials were concerned, it was a war against the forces of international communism itself. After some early back-and-forth across the 38th parallel, the fighting stalled and casualties mounted with nothing to show for them. Meanwhile, American officials worked anxiously to fashion some sort of armistice with the North Koreans. The alternative, they feared, would be a wider war with Russia and China–or even, as some warned, World War III. Finally, in July 1953, the Korean War came to an end. In all, some 5 million soldiers and civilians lost their lives during the war. The Korean peninsula is still divided today. 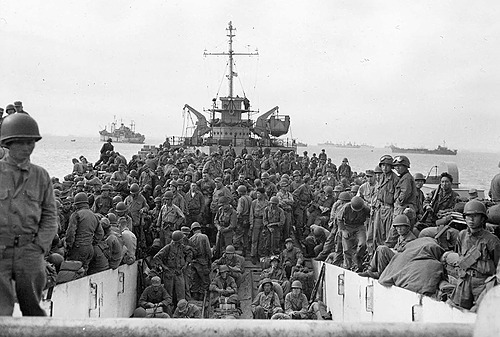 On May 07, 1954, Viet Minh forces won the Battle of Dien Bien Phu and ended French involvement in Indochina. Vietnam was temporarily divided into North and South Vietnam. However, the accords apparently did not please the United States. First, they feared that the general elections would not be fair and free under the communists’ influence. The Warsaw Pact, so named because the treaty was signed in Warsaw, included the Soviet Union, Albania, Poland, Romania, Hungary, East Germany, Czechoslovakia, and Bulgaria as members. The treaty called on the member states to come to the defense of any member attacked by an outside force and it set up a unified military command under Marshal Ivan S. Konev of the Soviet Union. The introduction to the treaty establishing the Warsaw Pact indicated the reason for its existence. This revolved around “Western Germany, which is being remilitarized, and her inclusion in the North Atlantic bloc, which increases the danger of a new war and creates a threat to the national security of peace-loving states.” This passage referred to the decision by the United States and the other members of the North Atlantic Treaty Organization (NATO) on May 9, 1955 to make West Germany a member of NATO and allow that nation to remilitarize. The Soviets obviously saw this as a direct threat and responded with the Warsaw Pact