The availability of work in Britain's mills and factories, particularly after the introduction of steam power, has the effect of drawing ever-increasing numbers of people from the countryside into rapidly expanding cities. Manchester and the closely related town of Salford have 25,000 inhabitants between them in 1772. In 1821 the joint population is 181,000. By 1851 this conurbation has grown to 455,000.

The growth of Manchester's textile industry brings equivalent prosperity to the nearby port of Liverpool - just in time since the slave trade, the previous source of Liverpool's wealth, is made illegal in 1807. Cotton saves the day. Eight new docks are built in Liverpool between 1815 and 1835.

The other great industrial city of the era, Birmingham, starts from a lower base. Its population increases from 86,000 to 233,000 between 1801 and 1851. Birmingham's interests are broader than those of Lancashire, where textiles predominate. Birmingham is blessed with an abundance of coal, iron and wood in the immediate neighbourhood, and with a position at the very heart of England. 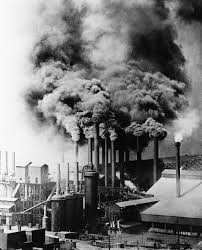 In 1800 Robert Owen takes charge of a cotton mill at New Lanark on the Clyde. It has been previously owned by his father-in-law, who established it in 1785 in partnership with Arkwright. It is therefore a thoroughly modern enterprise, well run by the standards of the time. But the idealistic young Owen is distressed by the conditions in which the employees and their families (some 2000 people in all) live and work.

Seeing ignorance, crime and drunkenness in the community, he blames it not on the workers but on their environment. And he considers the environment at New Lanark, or in any other factory, to be the direct result of the mill owners' overriding concern to make money.

For the first time, in this perception, the ideals of socialism are directly opposed to the tenets of capitalism. The two great rivals of 20th-century politics discover each other.

Owen's reforms make New Lanark an essential port of call for anyone interested in social reform. Visitors admire the high standards in housing and the conditions in the factory. They note that goods are sold in the village shop at almost cost price. They see the care shown for the health of the families and the education of their children (Britain's first primary school is opened here in 1812). New Lanark becomes, and is recognized to be, a model industrial community.

Yet New Lanark is also a conventional business, making a good profit for its owners. Owen begins to dream of more utopian ways of solving society's ills. He promotes the idea of self-contained communities of agricultural workers and craftsmen, owning everything in common including their land. With no capitalist owner to cream off the profit, he imagines such communities being so successful that they soon become the standard form of human society.

He proves less effective as utopian theorist than as benevolent mill owner. Four Owenite communities are founded between 1825 and 1839 (the best known is at New Harmony in Indiana). Squabbles and bankruptcy finish off every one of them within a very few years.

Robert Owen severs his connection with New Lanark in 1829, the very year in which the trials at Rainhill introduce the railway era. The replacement of canals by railways for the transport of freight greatly speeds up the process of the Industrial Revolution, and makes possible the growth of the great manufacturing cities of the 19th century.

New Lanark, an elegant and isolated experiment in the countryside, is not a viable model in these circumstances. More effective in the long run, as a way of restraining the tendency of employers to exploit workers, is the painstaking process of welfare legislation. 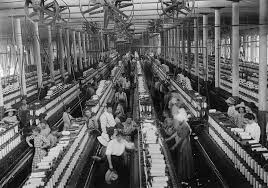 The Industrial Revolution, now also known as the First Industrial Revolution, was the transition to new manufacturing processes in Europe and the United States, in the period from about 1760 to sometime between 1820 and 1840. This transition included going from hand production methods to machines, new chemical manufacturing and iron production processes, the increasing use of steam power and water power, the development of machine tools and the rise of the mechanized factory system. The Industrial Revolution also led to an unprecedented rise in the rate of population growth. 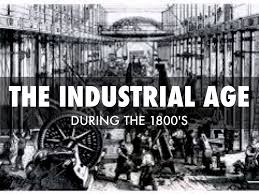 France was more slowly and less thoroughly industrialized than either Britain or Belgium. While Britain was establishing its industrial leadership, France was immersed in its Revolution, and the uncertain political situation discouraged large investments in industrial innovations. By 1848 France had become an industrial power, but, despite great growth under the Second Empire, it remained behind Britain.

Other European countries lagged far behind. Their bourgeoisie lacked the wealth, power, and opportunities of their British, French, and Belgian counterparts. Political conditions in the other nations also hindered industrial expansion. Germany, for example, despite vast resources of coal and iron, did not begin its industrial expansion until after national unity was achieved in 1870. Once begun, Germany’s industrial production grew so rapidly that by the turn of the century that nation was outproducing Britain in steel and had become the world leader in the chemical industries. The rise of U.S. industrial power in the 19th and 20th centuries also far outstripped European efforts. And Japan too joined the Industrial Revolution with striking success. 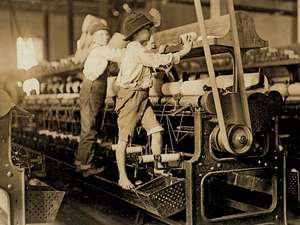 The Second Industrial Revolution
Despite considerable overlapping with the “old,” there was mounting evidence for a “new” Industrial Revolution in the late 19th and 20th centuries. In terms of basic materials, modern industry began to exploit many natural and synthetic resources not hitherto utilized: lighter metals, new alloys, and synthetic products such as plastics, as well as new energy sources. Combined with these were developments in machines, tools, and computers that gave rise to the automatic factory. Although some segments of industry were almost completely mechanized in the early to mid-19th century, automatic operation, as distinct from the assembly line, first achieved major significance in the second half of the 20th century. 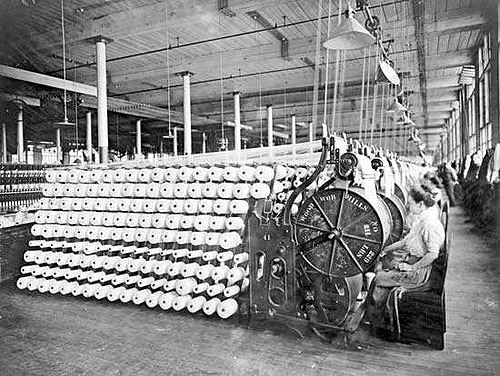 The Begining of 20th century

The beginning of 20th century marked the start of the second industrial revolution – Industry 2.0. The main contributor to this revolution was the development of machines running on electrical energy. Electrical energy was already being used as a primary source of power. Electrical ma- chines were more efficient to operate and maintain, both in terms of cost and effort unlike the water and steam based machines which were comparatively inefficient and resource hungry. The first assembly line was also built during this era, further streamlining the process of mass production. Mass production of goods using assembly line became a standard practice.

This era also saw the evolution of the industry culture introduced in Industry 1.0 into management program to enhance the efficiency of manufacturing facilities. Various production management techniques such as division of labor, just-in-time manufacturing and lean manufacturing principles refined the underlying processes leading to improved quality and output. American mechanical engineer Fredrick Taylor introduced the study of approached to optimize worker, workplace techniques and optimal allocation of resources. 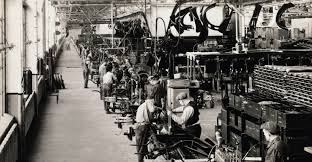 The Next Industrial Revolution

The next industrial revolution resulting in Industry 3.0 was brought about and spurred by the advances in the electronics industry in the last few decades of the 20th century. The invention and manufacturing of a variety electronic devices including transistor and integrated circuits auto- mated the machines substantially which resulted in reduced effort ,increased speed, greater accuracy and even complete replacement of the human agent in some cases. Programmable Logic Controller (PLC), which was first built in 1960s was one of the landmark invention that signified automation using electronics. The integration of electronics hardware into the manufacturing systems also created a requirement of software systems to enable these electronic devices, consequentially fueling the software development market as well. Apart from controlling the hardware, the software systems also enabled many management processes such as enterprise resource planning, inventory management, shipping logistics, product flow scheduling and tracking throughout the factory. The entire industry was further automated using electronics and IT. The automation processes and software systems have continuously evolved with the advances in the electronics and IT industry since then. The pressure to further reduce costs forced many manufacturers to move to low-cost countries. The dispersion of geographical location of manufacturing led to the formation of the concept of Supply Chain Management. 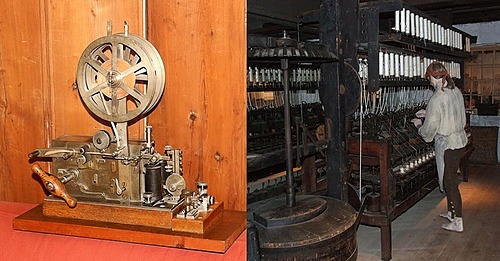