Timeline Chapters 8-11 The Emirates Our History

Chapter 8 Camels and the Desert

Wild camel herds have been roaming our region since at least 10000 BC. Humans began hunting them for meat and leather by around 6000 BC. Camels were hunted at al-Sufouh in Dubai in 6000 BC. Toy-like figurines of camels date to around 2000 BC. Camels were domesticated by humans by 1000 BC as we find little archaeological evidence of wild camels after that.
Photo of restored figurine of camel fround in Muweilah. Photo source: Sharjah Museum of Archaeology. 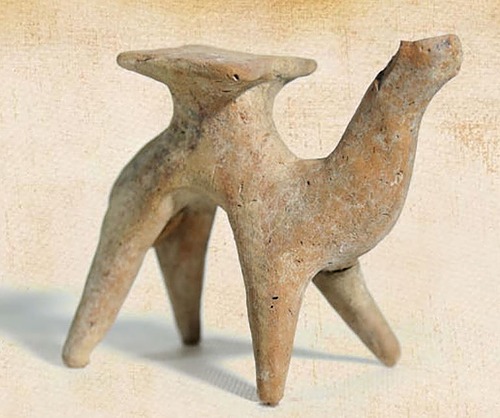 The Dromedary Camel has one hump, a long neck, and is adapted to the hot desert climates of Arabia and North Africa. Photo source: Public Domain:
https://commons.wikimedia.org/wiki/File:Dromadaire4478.jpg

There are two types of camels. The dromedary camel (Camelus dromedarius) and the Bactrian camel (Camelus bactrianus). The dromedary camel is found in the Arabian Peninsula and North Africa and has one hump. It stores fat in the hump and can consume large amounts of water and not need to drink for weeks. The Bactrian camel is found in Central Asia and has two humps. Although slightly larger it survives better in the colder temperatures of Central Asia. The dromedary is best suited to the desert environments. Camels can carry large amounts of goods and transport human riders over long distances. Cross breeding of these two types of camels produces hybrid camel that is known for its ability to carry large loads (p. 61 of textbook). Photo of Bactrian Camel by J. Patrick Fischer - Own work, CC BY-SA 3.0, https://commons.wikimedia.org/w/index.php?curid=17859427
For more facts on the different species of camels go to
https://www.livescience.com/27503-camels.html 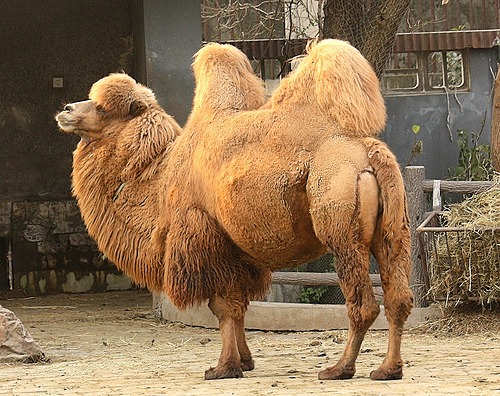 The Rise of Muweilah in Sharjah

By 1000 BC the town of Muweilah located just outside of today's campus of the University of Sharjah, was prospering. It had houses made of sun-baked mud bricks. By 800 BC defensive walls and ditches were constructed to defend the town from possible attacks. 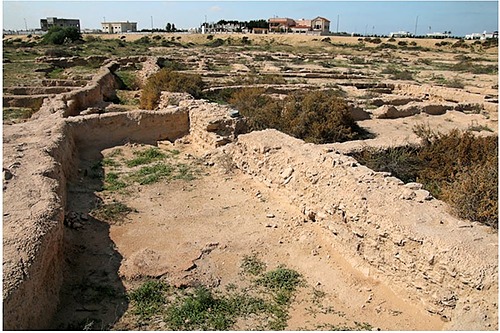 In Chapter 9 we read of the development of three classical empires. The Assyrian Empire was based in Mesopotamia and had origins that dated back to around 2400 BCE. In 689 BCE it conquered the rival city-state of Babylon located along the banks of the two great rivers the Tigris and Euphrates. The Assyrian Empire was defeated by 612 BCE, and a new empire, called the Persian or Achaemenid Empire arose and ruled over areas of today's Iran, Mesopotamia and into parts of Egypt until it was defeated by Alexander the Great in 330 BCE who established a Greek empire until his death in 323 BC.

Ch 10 Arabia at dawn of Islam

In this 900 year period a number of towns and cities prospered and grew in the UAE and Arabia. The twon of Mleiha was founded around 250 BC and featured well-built tombs with tower structures that resembled similar buildings found at the Nabatean tombs of Petra in Jordan (p 79 of textbook).

Coastal towns at ed-Dur in Umm al-Quwaim, and other coastal parts of the UAE prospered from maritime trade with Yemen, India and Southern Iraq and other ports.