The Trojan War was fought between Mycenae and Troy. The reason why this war started is because an golden apple marked "to the fairest" was thrown to three goddesses Hera, Aprodite and Athena. Each goddess claimed it as their own. Zeus refused to choose so he took them to Paris, Prince of Troy and he would decide who was the most beautiful. All three goddesses bribed Paris. Hera promised him to be ruler over Europe and Asia Minor. Athena promised to make him the greatest warrior. Aphrodite promised Paris the most beautiful women. Paris gave the apple to Aprodite because he could not pass up such an offer. The most beautiful women was Helen of Sparta. Paris is invited to Helen's house and Aprodite makes her fall in love with him and she runs off to Troy with Paris. Menelaus, Helen's husband realizes what has happened and seeks vengence. Thus the Trojan War begins.
http://www.crockhamhill.kent.sch.uk/teachers/History/AncientGreece/images/kallisti_apple.png

During this time Solon created four political and four economic reforms in an act to aide the Athenian Democracy. This was a huge step for Athens. The four political reforms divided members of Athens into four social classes. These social classes allowed all citizens to bring charges to the court. Also, foreign tradesmen were allowed to settle in Athens and become citizens because their work was for the common good of Athens. 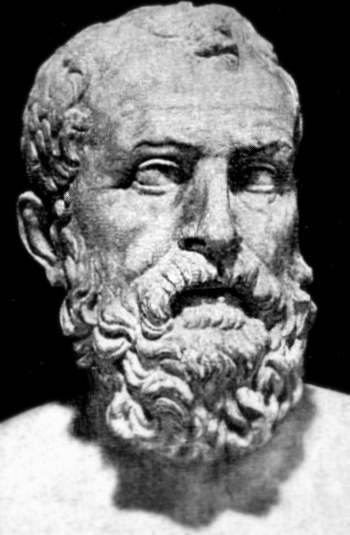 Darius wanted to expand Persia but failed due to the aide of Athens to the other Greek-city states. As a result, Persia seeks revenge. The Battle of Marathon

Persians send 25,000 men across the Aegean sea and they landed in a place called Marathon. Marathon was 26.2 miles outside of Athens. A man by the name of Pheidippides ran 26.2 miles to warn Athens that the Persians were planning on atacking and to prepare! After Pheidippides told the Athenians of the plans of the Persians he died due to being extremely tired. Pheidippides actions is why the term "Marathon" has its meaning and why it's 26.2 miles long. http://2.bp.blogspot.com/_gRugz5GVO5M/TMaqdULUp4I/AAAAAAAAAD8/k8UhPrMgjjY/s1600/phidippides-www.philbrownlow.co.uk.jpt

Darius died due to his embarrasment of losing the 1st Persian War. So, his son Xerxes became king. Xerxes hated Athens because of what they did to his father. So, he took action by moving toward Greece. Some of the Greek city-states were afraid to help because they did not want to be slaughtered. Athens positioned themselves into a naval battle. They positioned themselves on the Island of Salimis because they knew that Persia did not have experience with water since that was not one of there fruitful natural resources. Persia was unable to navigate because of this. Athens kept shooting at Persia and they were practically defenceless. Athens won and Persia went home for good.
http://rehtwogunraconteur.com/wp-content/uploads/2011/04/XerxesThePersian.jpg

At a narrow mountain pass called Thermopylae is where 7,000 Greeks (300 of which were Spartans) held Persia for 3 days. However, those 300 Spartans told the rest of the Greeks to go home and defend the other city states. As a result of this all of those Spartans died. But, due to their bravery Athens was given time to prepare for the attack.
http://www.davidbarrkirtley.com/images/300phalanx.jpg

Athens began to become a very confident city-state because they won the war against Persia. But, they did not like how some of the city-states did not stand by them during the war. So, they made a Delian Leauge which states that if a city-state is in war you must stand by them no matter what. This time is refered as the 'Golden Age of Athens'. Athens was the leader of the Delian League. One of the effects of the Delian League was taxing the other city-states which they did not appreciate. The Athenian people grew so wealthy that they basically became a mini-Greek empire.

Philosophy emerged due to the lack of faith in Athenian Democracy due to the Athenian's lose in the Peloponnesian War. The word Philosophers means Lovers of Wisdom. People during this time started to relay on Natural Law and Logic instead of supernatural things such as The Gods. 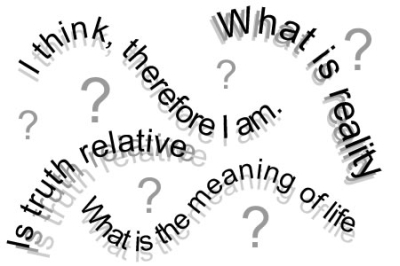 The three most important philosophers of Ancient Athens would be Socrates,Plato and Aristotle. He focused on individual action and challenged authority. He also came up with the Socratic Method. He was later put on trial for "corruption of the youth" and was found guilty and was forced to drink poison. He taught his students right up until his last breath. Socrates' best student was called Plato focused on collective action which does not blame only one person rather, you blame the group as a whole. He also came up with the idea of a meritocracy which is an earned goverment. Plato also founded a school called 'The Academy'. Lastly, Aristotle, who was Plato's best pupil, applied logic to science instead of supernatural forces such as gods. He also created a school called The Lyceum which often competed with the Academy.

The Peloponnesian War began as a result of Sparta becoming angry with Athens due to their unjust taxes. Athens battle strategy was to avoid land at all costs because they knew that the water was not the Spartan's forte. The Spartan's strategy was to march into Athens and burn their food supply. The reason they wanted to do this is because Athens had to trade for their food so they would have to rely on others for more food. Sparta had an advantage when a plague hit Athens and killed 1/3 of it's population. During this plague, Pericles, Athens leader had died. Athens was in a period of exile for they were lost without their leader. In 421 B.C. Athens had called a temporary truce. Later, In 415 B.C. Athens invaded one of Sparta's allies, Sicily. Sparta become outraged at this act and invaded Athens. Sparta not only invaded Athens but also, defeated Athens. Athens finally surrendered in 404 B.C. In the end, Athens did lose there power and weatlh but they never lost there independence. A little while later Sparta creates a league to replace the delian league but this fails.

Philip II was the father of Alexander the Great. Philip was king of Macedonia. Macedonia was divided into many little villages which were all ruled by Philip. Philip wanted his son to be very successful so he highered Aristotle to tutor Alexander. Alexander's father dreamed of conquering Greece. Philip succeeds in conquering Greece but soon afterward he dies so Greece rebels. Alexander was 20 years old when his father died. Alexander invaded Persia and Egypt. Persia was antaginistic against him. Egypt,however, welcomed him as a liberator. Alexander's men considered him a comrad because he ate the same food,slept in the same tent and fought on the same battlefeild as them and he was a king. When Alexander and his men marched toward Indus valley he became very ill. After he recieved this illness he died after a few days. He died at age 32.