There was an invasion of the Dorians. They were a nomadic tribe who came from the North of Greece. They could not read or write, therefore the economy, such as trade, and politics dramatically changed. 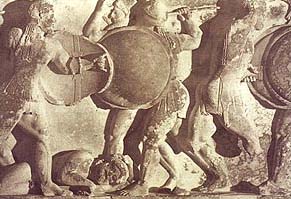 Solon, the father of Democracy

This Persian War was a great war between two tenacious empires, Persia and Athens. It transpired on the coast of Anatolia, when Darius III was in ruling. The reason for this war, was Persia wanting revenge over Athens, who sent troops and supplies to the aid of the Greeks, during their revolution. Persia lost many men, while Athens, on the other hand, lost less. 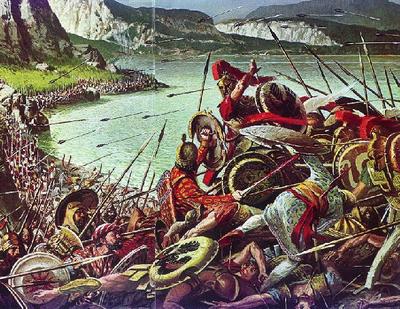 A young runner named Pheidippides, was chosen to race back to Athens. He was to deliver a message, telling the Athenians not to give up the city without a fight. Running from Marathon to Athens, a distance of 26 miles, Pheidippides finally collapsed and died. He sacrificed his life, so that the Athens could protect themselves.

The Second Persian War was led by Xerxes, Darius the Great's son. He created a cunning plan to invade and crush Athens. This war moved across the empire towards Greece. They had to pass city- states rather than traveling on water because a lack of experience prohibited them from crossing the water. What ignited this war was Xerxes desire in avenging his father's death. Therefore, he made great efforts in rebuilding the Persian army. The Athenians came out as victorious in the end.

7000 Greeks (including 300 Spartans) blocked Xerxes and his army from getting through the narrow mountain pass at Thermopylae. This lasted for three days, until the other Greeks retreated, leaving the Spartans to fend for themselves. Eventually, they all died. Xerxes was persistent, and did not give up on conquering the Athenians. The Athenians were figuring out the best way to defend their city. It soon came to the decision that they should evacuate the city and fight at sea. On the island of Salamis, the Athens positioned their fleets, while Xerxes sent his warships to block both ends of the channel. However, they were unable to navigate their way through the narrow water passages, therefore the Athens rose as victorious. This displays that the Athens outsmarted Persia, allowing them to win.

Pericles was an honorable statesman who strengthened democracy by increasing the number of paid officials, and including more people in the government. He also moved the Delian League to Athens and rebuilt the Navy. Pericles used the money from the Delian League to rebuild Athens. 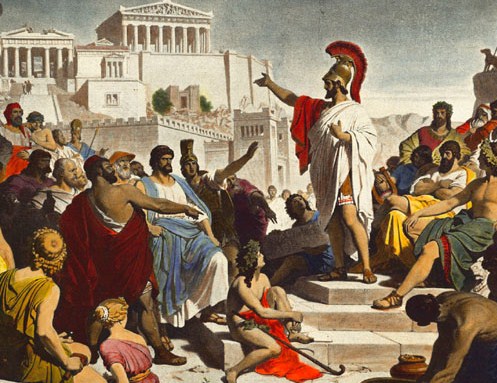 The Peloponnesian War was a war between Athens and Sparta. The Athens wanted to defend their leadership, but Sparta was jealous of the Athenian power. There was a plague in 430 B.C. that spread throughout Athens, killing one- third of the Athenian population. Sparta and Athens fought on and off, but Athens soon decides to invade Sicily, an island in Italy. The Athenians attacked Syracuse, one of Sparta's allies, hoping that Sparta would come to them. Sparta, however, is victorious in saving Syracuse. There is a constant battle in Athens, but they end up surrendering to Sparta, losing their power and wealth over the Delian League. They do not lose their independence.

There was a lack of faith in the Athenian Democracy. Some well- known philosophers during this time period were Socrates, Plato, and Aristotle. Philosopher means "Lovers of Wisdom." The two main truths to solve the problems of individuals were natural law and logic. They finally began to shift away from mythology and strayed away from depending on the gods.

Weakened city- states eventually succumbed to Philip II. The result of this was a change in government and soon the death of Philip II. Within the government, the city- states were more unified and had their own ideas, and there was one King. Philip's death was sudden. He was stabbed by a former guard of his at his daughter's wedding. 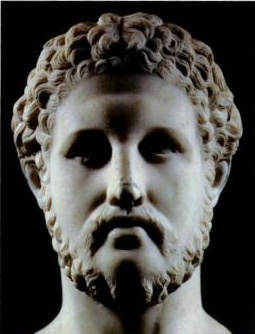 Alexander the Great is well known for invading both Persia and Egypt. He loved Homer, the author of the Odyssey, and believed in his teachings of being ruthless. Therefore, Alexander made ruthless invasions. Egypt welcomed him as a liberator, and Alexander built his city and called it Alexandria.