The Vietnam War was a long, costly and divisive conflict that pitted the communist government of North Vietnam against South Vietnam and its principal ally, the United States. The conflict was intensified by the ongoing Cold War between the United States and the Soviet Union. More than 3 million people (including over 58,000 Americans) were killed in the Vietnam War, and more than half of the dead were Vietnamese civilians. 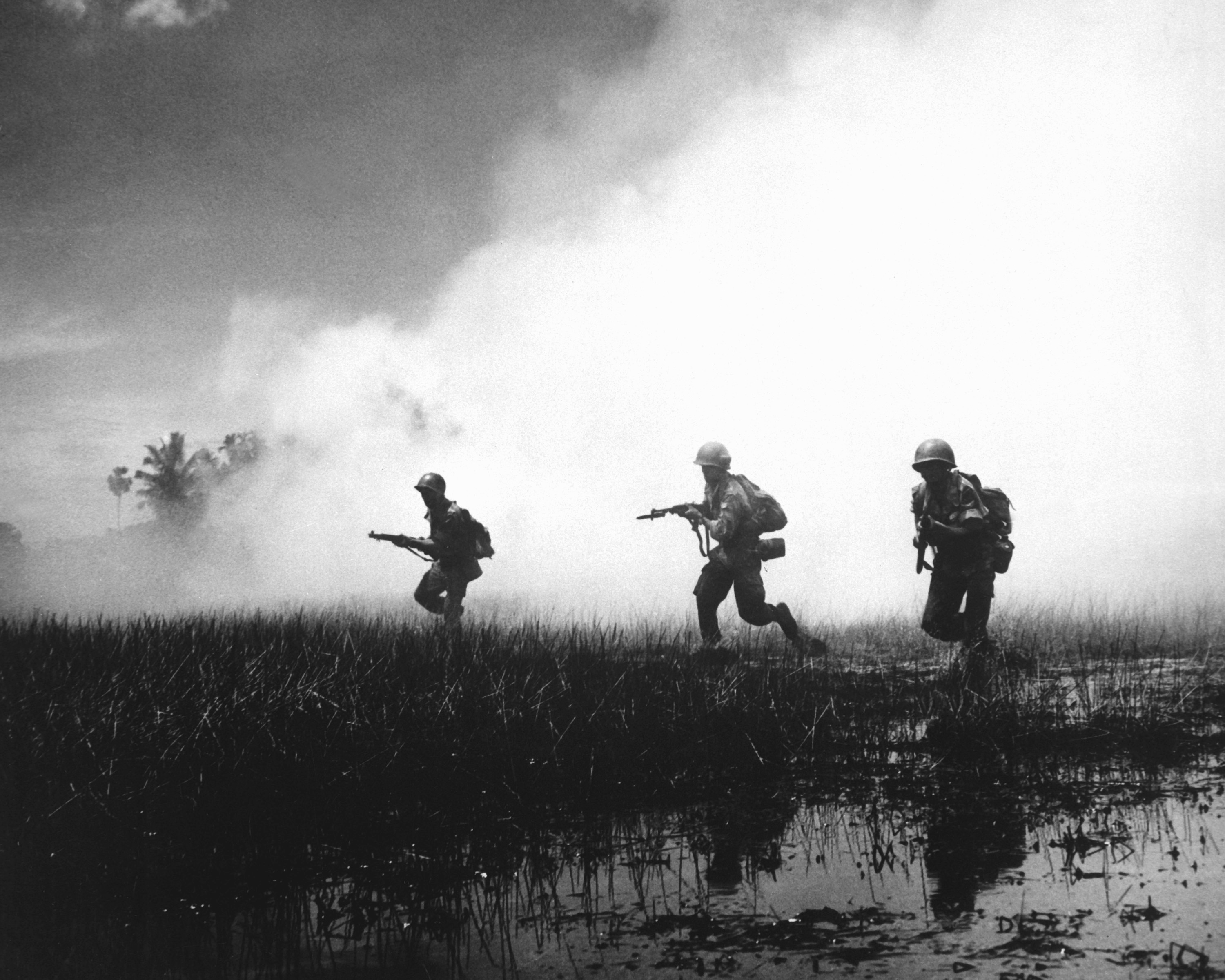 John F. Kennedy was elected President on November 8, 1960. He would lead the United States for three years before being assassinated by Lee Harvey Oswald. He was one of the key leaders throughout the Vietnam War. 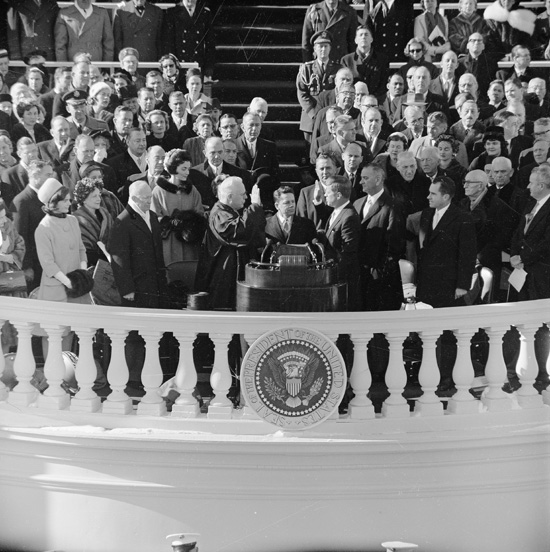 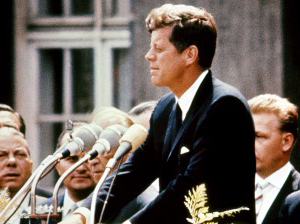 The Equal Pay Act of 1963 is a United States labor law amending the Fair Labor Standards Act, aimed at abolishing wage disparity based on sex. It was signed into law on June 10, 1963, by John F. Kennedy as part of his New Frontier Program. 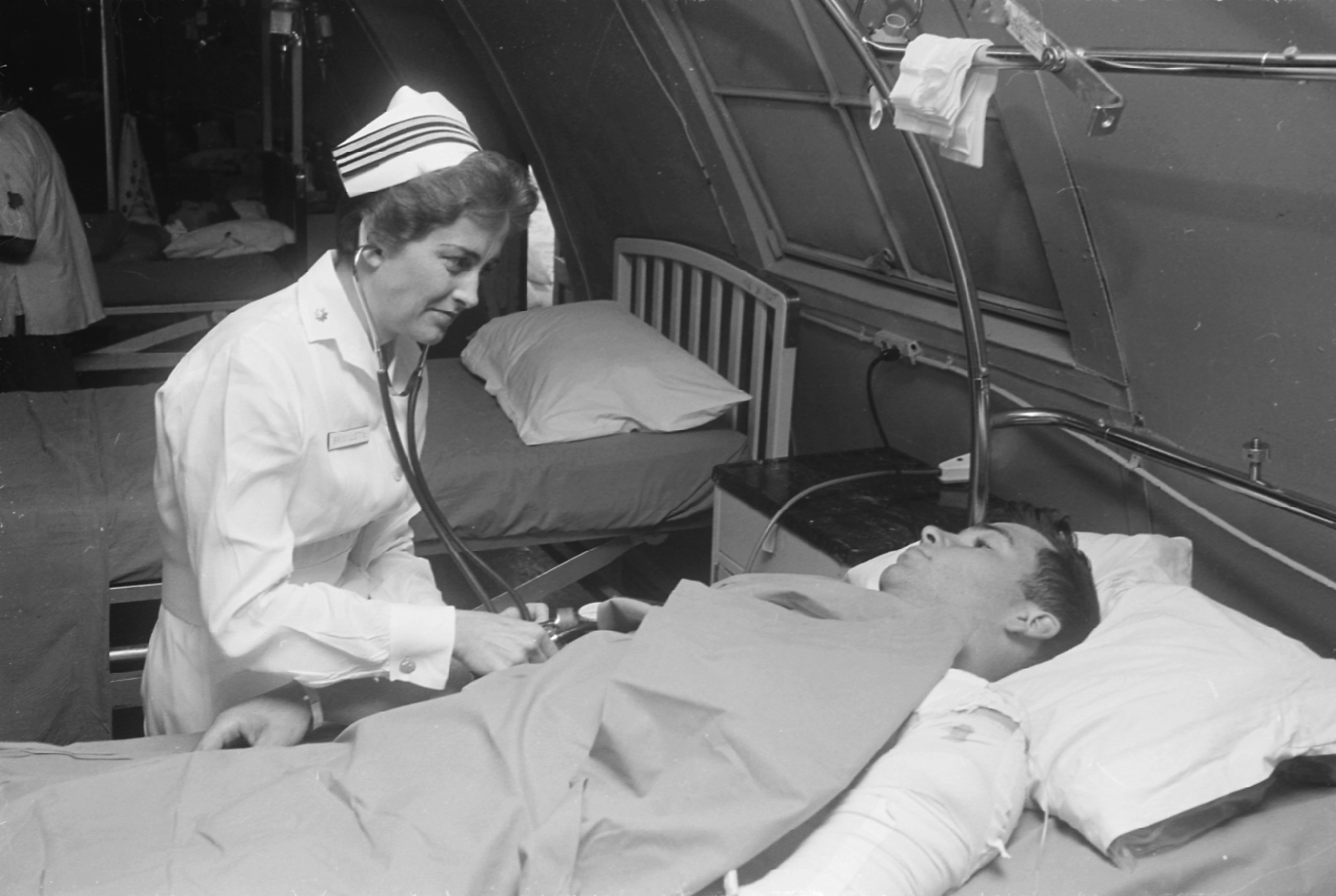 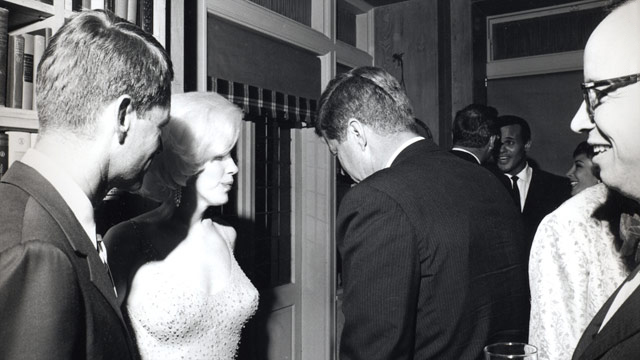 The Civil Rights Act of 1964, which ended segregation in public places and banned employment discrimination on the basis of race, color, religion, sex or national origin, is considered one of the crowning legislative achievements of the civil rights movement. First proposed by President John F. Kennedy, it survived strong opposition from southern members of Congress and was then signed into law by Kennedy’s successor, Lyndon B. Johnson. In subsequent years, Congress expanded the act and passed additional civil rights legislation such as the Voting Rights Act of 1965. 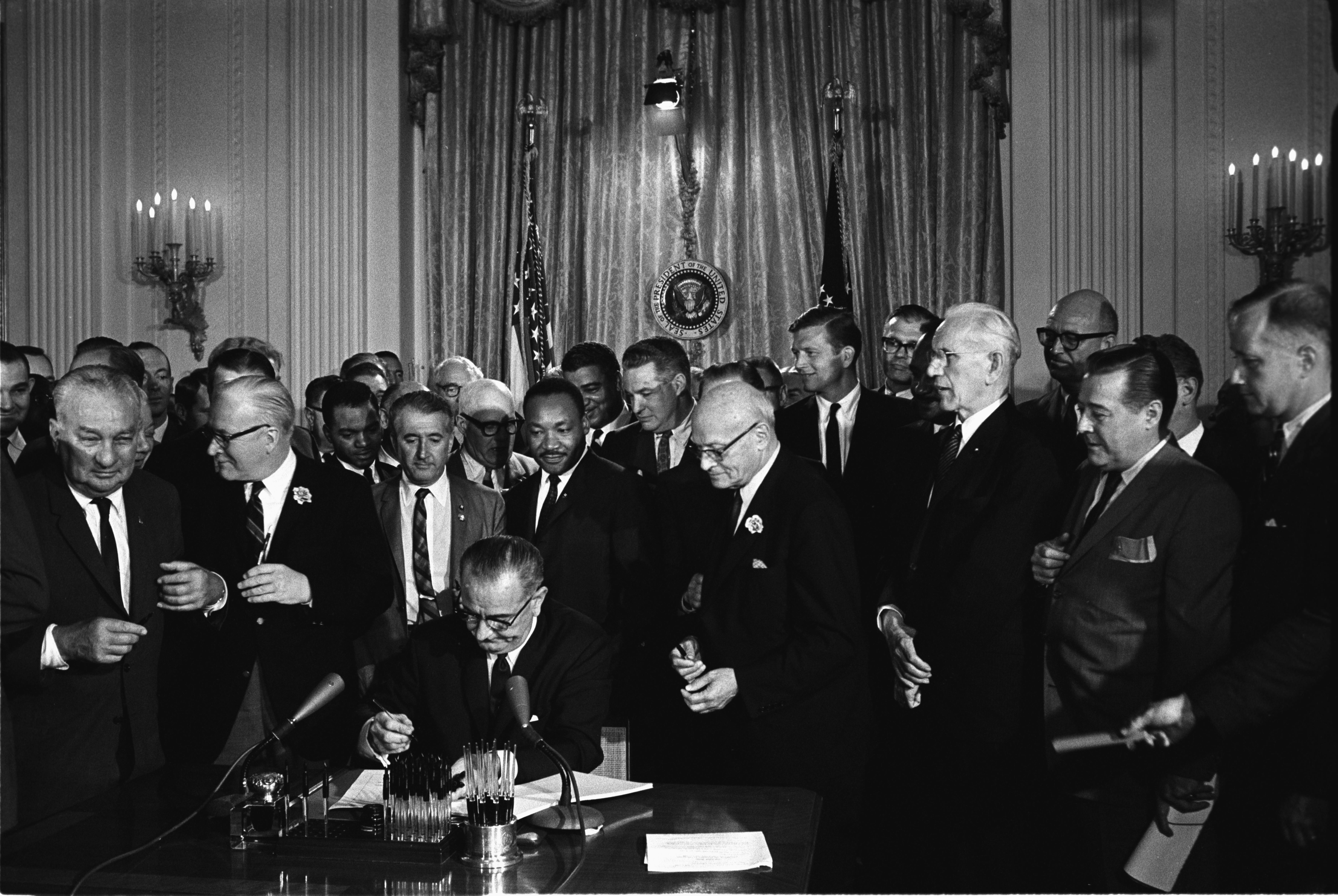 President Lyndon B. Johnson signs Medicare, a health insurance program for elderly Americans, into law. The Medicare program, providing hospital and medical insurance for Americans age 65 or older, was signed into law as an amendment to the Social Security Act of 1935. Some 19 million people enrolled in Medicare when it went into effect in 1966. 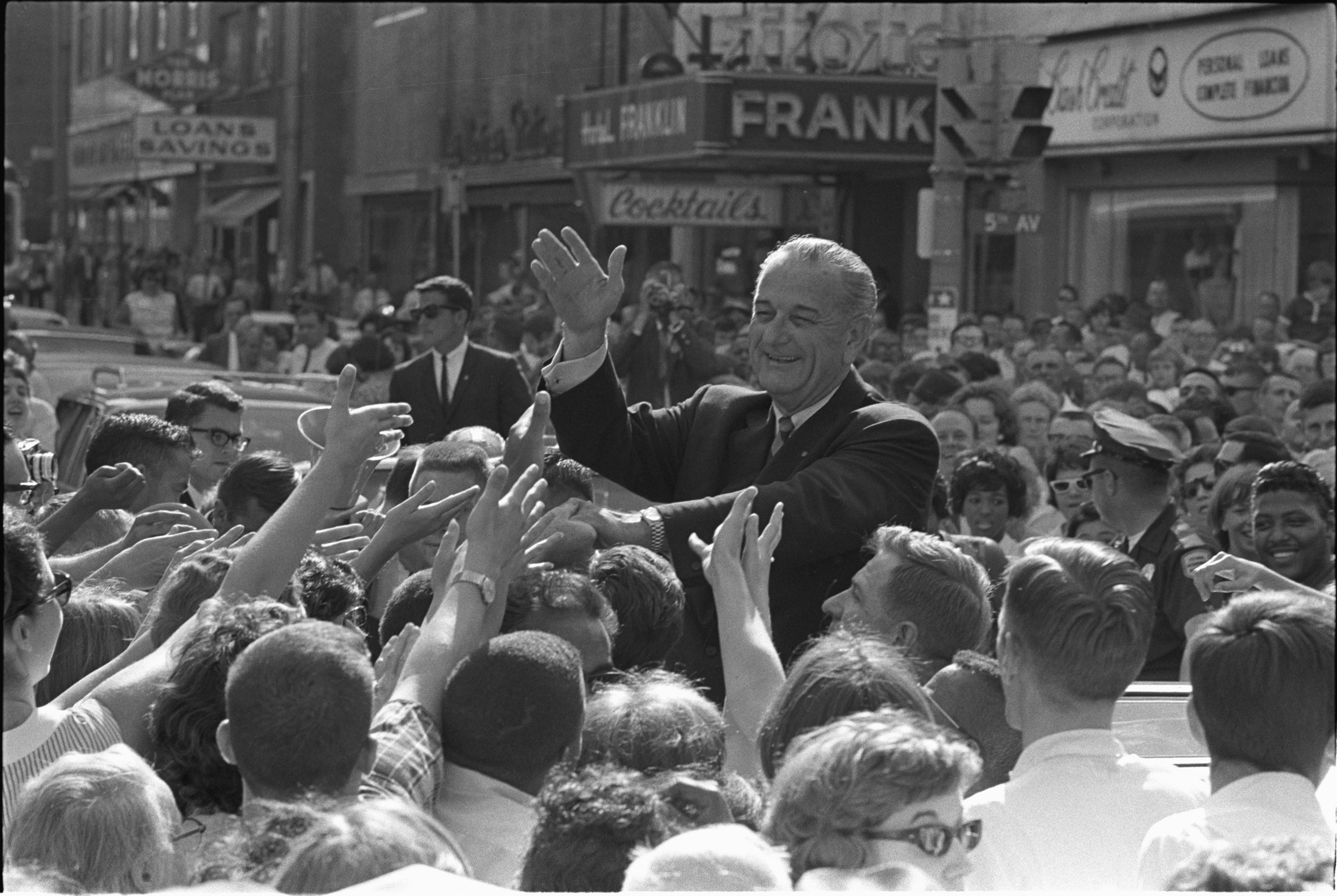 President Johnson, in his annual State of the Union message to Congress, asks for enactment of a 6 percent surcharge on personal and corporate income taxes to help support the Vietnam War for two years, or “for as long as the unusual expenditures associated with our efforts continue.” Congress delayed for almost a year, but eventually passed the surcharge. The U.S. expenditure in Vietnam for fiscal year 1967 would be $21 billion. 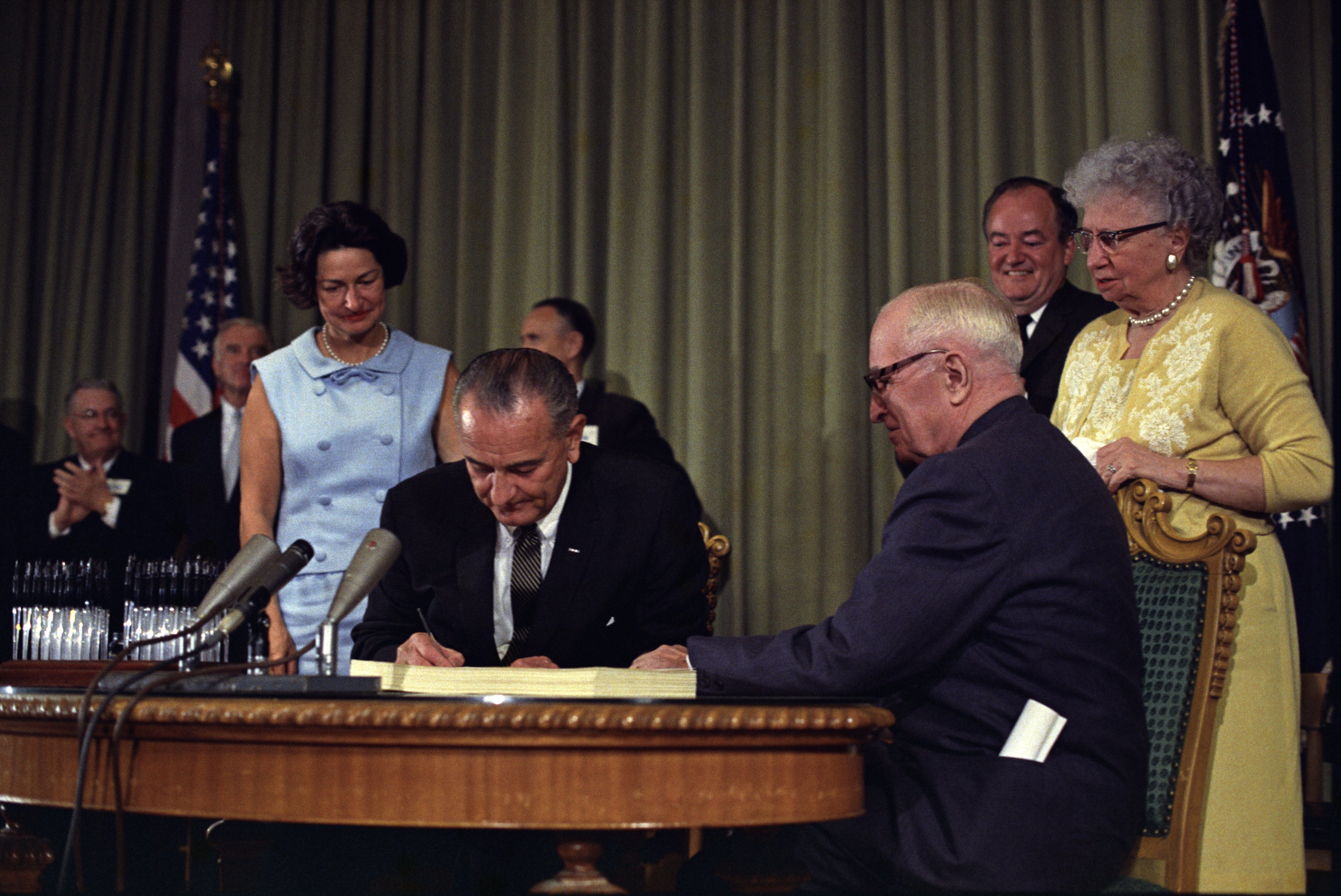 The Fair Housing Act of 1968 prohibited discrimination concerning the sale, rental and financing of housing based on race, religion, national origin or sex. Intended as a follow-up to the Civil Rights Act of 1964, the bill was the subject of a contentious debate in the Senate, but was passed quickly by the House of Representatives in the days after the assassination of civil rights leader Martin Luther King, Jr. 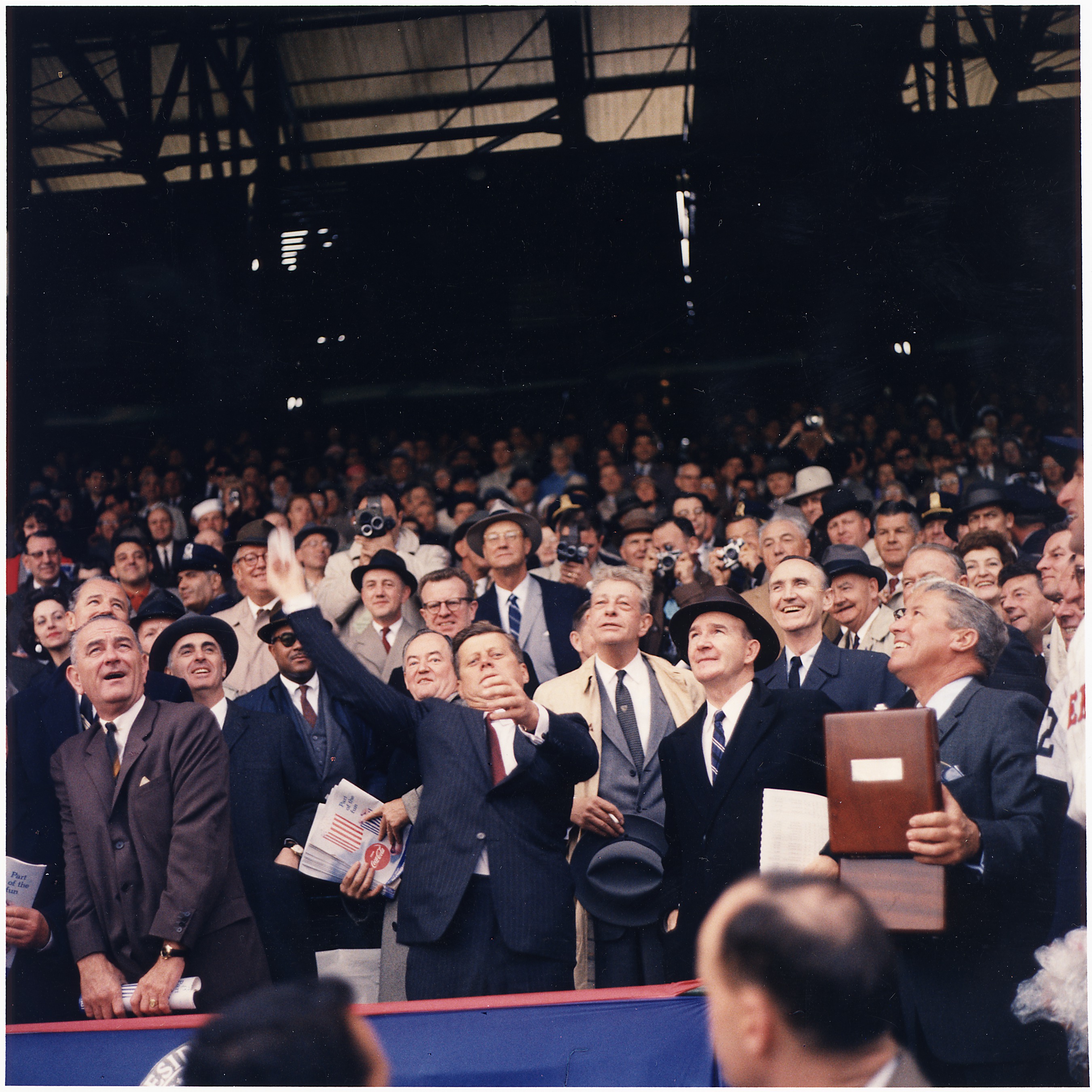