All 9 Boys are arrested

Posse stops Southern Railroad train in Paint Rock, Alabama. Scottsboro boys are arrested on charges of assault. Rape charges are added against all nine boys after accusations are made by Victoria Price and Ruby Bates.

Trials begin in Scottboro before Judge A. E. Hawkins. Eight of the nine men were given death sentence,despite the fact one of the men was blind, another underage,and that they were not even in the same rail car. Clarence Norris, Charlie Weems, Haywood Patterson, Olen Montgomery, Ozie Powell, Willie Roberson, Eugene Williams, and Andy Wright are tried and convicted, and sentenced to death. The trial of Roy Wright ends in a mistrial when some jurors hold out for a death sentence even though the prosecution asked for life imprisonment.

Executions may be appealed

A letter of denial

Ruby Bates, in a letter to a Earl Streetman, denies that she was raped.

Alabama Supreme Court, by a vote of 6-1, affirms the convictions of seven of the boys. The conviction of Eugene Williams is reversed on the grounds that he was a juvenile under state law in 1931.

Fresh eyes on the case

The U. S. Supreme Court announces that it will review the Scottsboro cases.

The Supreme Court, by a vote of 7-2, reverses the convictions of the Scottsboro boys in Powell vs. Alabama. Grounds for reversal are that Alabama failed to provide adequate assistance of counsel as required by the due process clause of the 14th Amendment.

Judge Horton postpones the trials of the other Scottsboro boys because of dangerously high local tensions. 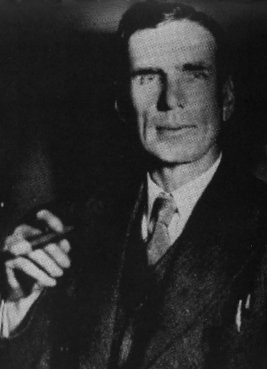 Haywood Patterson and Clarence Norris are tried for rape, convicted, and sentenced to death.

two lawyers are charged with attempting to bribe Victoria Price in order to change her testimony.

The U.S. Supreme Court overturns the convictions of Norris and Patterson because African Americans were excluded from sitting on the juries in their trials

Haywood Patterson is convicted for a fourth time of rape and is sentenced to 75 years in prison.

Roy Wright, Eugene Williams, Olen Montgomery and Willie Roberson were released after all charges were dropped against them.

The U.S. Supreme Court declines to review the Patterson and Norris convictions.

Clarence Norris's death sentence is reduced to life in prison by Governor Graves.

Alabama Pardon Board declines to pardon Patterson and Powell.

Pardon Board denies the pardon applications of Norris, Weems, and Roy Wright. 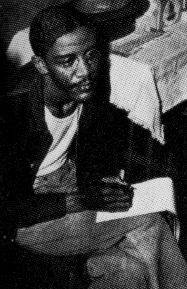 Norris and Andy Wright are paroled.

Norris and Wright leave Montgomery in violation of their paroles.

Norris is returned to prison.

Patterson is involved in a barroom fight resulting in the death of another man. He is charged with murder.

Patterson is convicted of manslaughter and sentenced to 6 to 15 years. He dies of cancer less than a year later.