India through Maps- Timeline of Europeans and Independence- Changing Borders

Arrival of the British

Arrival of the British and the establishment of British East India Company was the outcome of the Portuguese traders who earn enormous profit by selling their merchandise in India.

British India, in one form or another, existed between 1612 and 1947, conventionally divided into three historical periods:

-Between 1612 and 1757 the East India Company set up "factories" (trading posts) in several locations, mostly in coastal India, with the consent of the Mughal emperors or local rulers. Its rivals were the merchant trading companies of Portugal, Denmark, Holland and France.

-During the period of Company rule in India, 1757–1858, the Company gradually acquired sovereignty over large parts of India, now called "Presidencies". However, it also increasingly came under British government oversight.

The new British Raj was established (1858–1947), with India under the crown of Britain.

Why did Britain want to control India?

-Changes to Hinduism
Some religions practices were banned 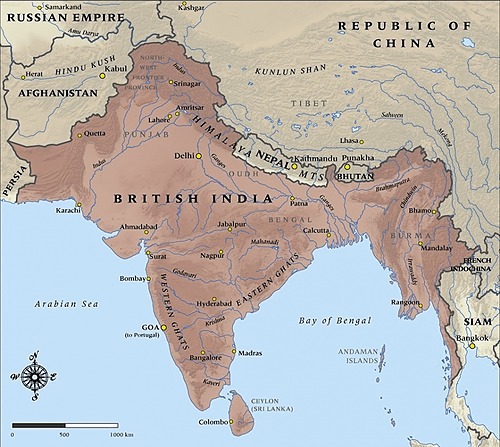 -1857: The Great Mutiny
British guns were greased with pork and beef fat- offensive to Muslims and Hindus

-British tried to divide Hindu and Muslim communities
“the division of religious feelings is greatly to our advantage…”
- Lord Dufferin, British Viceroy of India (1884-88) 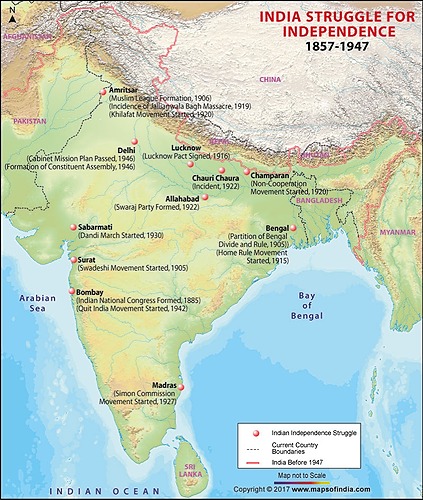 -Assassinated by a Hindu who thought he was sympathetic to Muslims

Salt March to end the British monopoly on salt, which is necessary for
people in tropical locations to consume 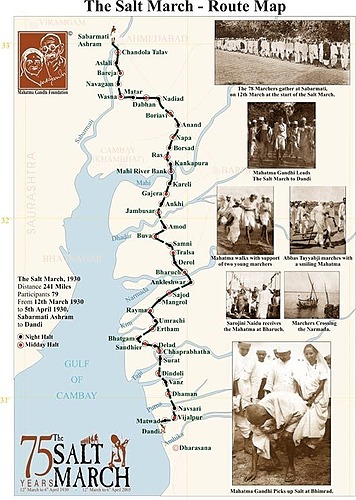 -Millions migrated to the country of their religion

-Today, India and Pakistan are intense rivals (with nuclear weapons!) 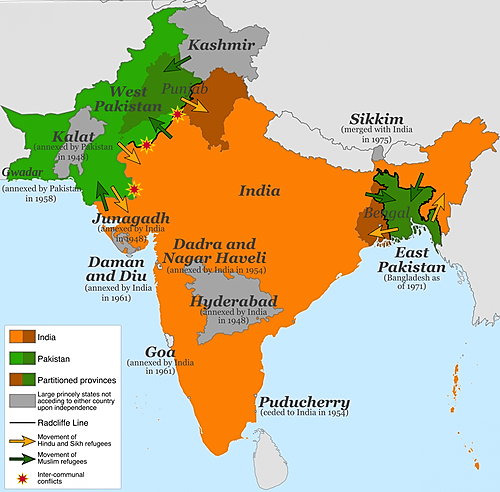 The Problem: Both India and Pakistan wish to control Kashmir.

Why do both India and Pakistan believe control of Kashmir is so important?
The people of Kashmir are still tribal in nature. The geography is mostly rural, with fierce mountains, deserts, and valleys. Industry is undeveloped. If this region has natural resources such as oil or gold or silver in any quantity, this has not yet been discovered. Why the fuss?

**CONTROL OF THE INDUS RIVER: The headwaters of the Indus River are located in Kashmir. Whomever controls the headwaters, controls the river. The Indus is vital. It brings green fertile life wherever it flows. The Indus begins in Kashmir, then flows through Pakistan, then flows into mainland India. If India chose, since Kashmir is part of India, they could dam the Indus and change the flow of the river. Without fertile land to grow crops, Pakistan would become a desert and its people would starve. Pakistan does not trust India, nor does India trust Pakistan. They will not share control of the Indus. They both want total control.

**STRATEGIC LOCATION: For India, Kashmir acts as a buffer. For Pakistan, Kashmir offers a fertile roadway into India for possible invasion.

Who controls Kashmir today, and why?

Approximately seventy years ago, Kashmir was offered a choice by the UN of becoming part of India, part of Pakistan, or becoming independent. To secure Kashmir for Pakistan, in what Muslim forces perceived to be a holy war, Pakistan invaded Kashmir. The ruler of Kashmir fled to India and agreed to place Kashmir under Indian rule if India would protect Kashmir from invasion. If there had been a vote in Kashmir, a vote by the people, the majority probably would have voted to become part of Pakistan for religious reasons. Since there was no vote, Pakistan has never accepted India's control of Kashmir. Pakistan believed then and still believes today that Kashmir should be part of Pakistan.

War & Terrorism: Both India and Pakistan are convinced that they are right and that they will prevail if they continue their fight as they are doing, although this plan has not worked in seven decades. In the past 70 years, Pakistan and India have fought three wars over ownership of Kashmir. India won all three. Today, the fight continues with acts of terrorism.

Why doesn't the US lend a helping hand with the Kashmir conflict?

The US wants to be friends with both Pakistan and India. That makes US involvement in this problem very difficult. On one hand, we have a treaty with Pakistan that says if they go to war with anyone, we will help them. We will honor that treaty. Pakistan shares a border with Afganistan. In our fight on terrorism, that border is most important, and Pakistan's help is critical. On the other hand, we don't want India mad at us. We do a great deal of trade with India that is mutually advantageous. But mostly, India is our friend. If Pakistan goes to war with India, we would have a really tough time with that. So, we try very hard not to get involved. 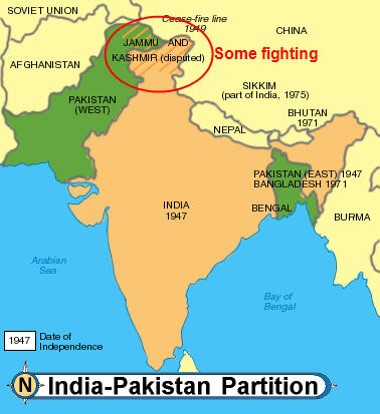 India declared it's independence from the British on August 15, 1947. It then split into 2 countries based on religion- India (Hindu) and Pakistan (Muslim). Pakistan was made up of East and West Pakistan- East Pakistan is present day Bangladesh. 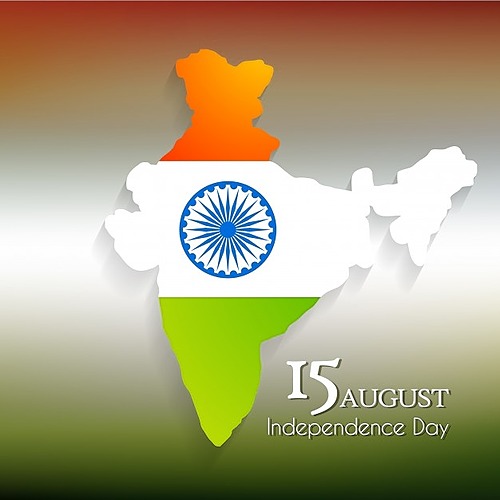