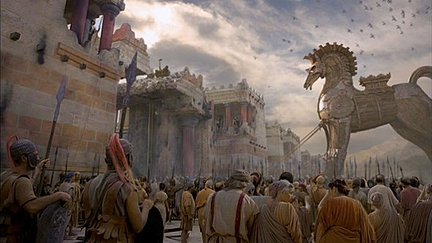 The Trojan war began after the abduction of Queen Helen of Sparta by the Trojan prince Paris. Helen's jilted husband Menelaus convinced his brother Agamemnon, king of Mycenae, to lead an expedition to retrieve her.

The Greeks, When night fell, the wooden horse opened up and a group of Greek warriors, led by Odysseus, climbed out and sacked the Troy from within.

Troy was destroyed, and Sparta got Queen Helen back. 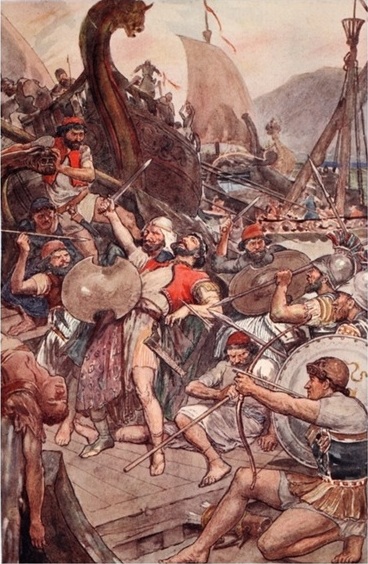 The Persian fleet landed at the Bay of Marathon, about 25 miles from the city of Athens. The Persians had a lot more soldiers, but they underestimated the fighting capability of the Greeks. The army of Athens routed the Persian army killing around 6,000 Persians and only losing 192 Greeks. After the battle, the Athenian army ran the 25 miles back to Athens in order to prevent the Persians from attacking the city.

The Greeks put together a small force, led by the Spartan King Leonidas I and 300 Spartans. They decided to meet the Persians at a narrow pass in the mountains called Thermopylae. The Greeks held off the Persians killing thousands, until the Persians found a way around the mountains and got behind the Greeks. King Leonidas told most of his troops to run away, but stayed behind with a small force including his 300 Spartans in order to allow the rest of the Greek army to escape. The Spartans fought to the death, killing as many Persians as they could. 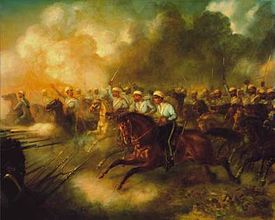 The Battle of Salamis was a naval battle fought between an alliance of Greek city-states under Themistocles and the Persian Empire under King Xerxes in 480 BC which resulted in a decisive victory for the outnumbered Greeks.

The Battle of Plataea was the final land battle during the second Persian invasion of Greece. It took place in 479 BC near the city of Plataea in Boeotia, and was fought between an alliance of the Greek city-states. In the summer of 479 BC the Greeks assembled a huge army and marched out of the Peloponnesus. The Persians retreated to Boeotia and built a fortified camp near Plataea. The Greeks, however, refused to be drawn into the prime cavalry terrain around the Persian camp, resulting in a stalemate that lasted 11 days. While attempting a retreat after their supply lines were disrupted, the Greek battle line fragmented. Thinking the Greeks in full retreat, Mardonius ordered his forces to pursue them, but the Greeks (particularly the Spartans, Tegeans and Athenians) halted and gave battle, routing the lightly armed Persian infantry and killing Mardonius. 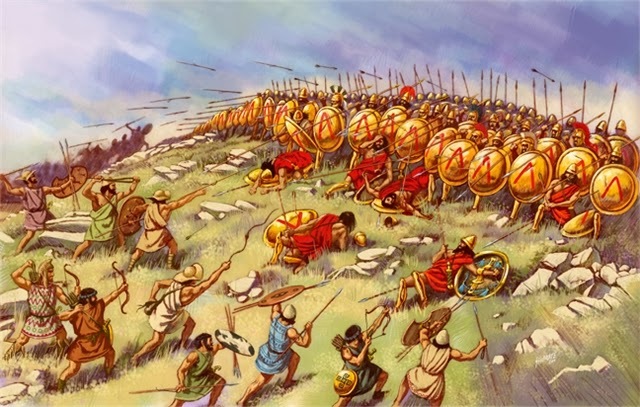