This in Russia at (Who would've guessed) Stalingrad was fought by the Nazi's and their allies against Soviet Russia for control of the city of Stalingrad. Russia won this battle with the assistance of the harsh winter climate Russia is known for using to their advantage. This was one of the key battles where morale of Nazi troops were at an all time low, because of their orders to fight or die. If they deserted they would be shot, if they stayed they'd either starve or freeze to death. It was a lose-lose situation for the Germans, and this loss lowered Hitlers sense of invulnerability and made the rest of the world think it was possible to stop him. This was one of the bloodiest battles in history, due to the blatant disregard for military and civilian casualties and constant Close-Quarters-Combat. 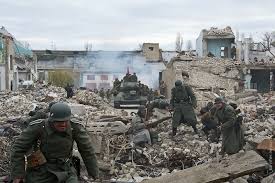 The Cold War does not have a specific start or end date, however we would assume its safe to say the Nuclear tension between the U.S. and the Soviet Union started after WW2 and ended at the fall of the Soviet Union. 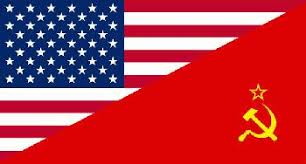 The 7 years war was between the French and the Native Americans. The most great powers of the time were involved in this war, and is also known as the French and Indian war. Affected Europe, North America, West African Coastlines, Central America, India, And the Philippines. It was driven by the competing interests of world powers in Europe, mainly the interest of economic growth through trade. Britain was the primary benefactor of this war, in which they gained massive amounts of territory in the new world. GG. No re. 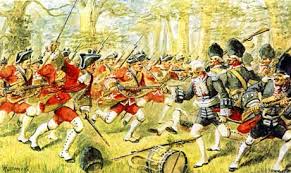 The main causes of the transfer from civil unrest to complete revolutionary war were the Intolerable Acts that the British imposed onto their colonies.

The American Revolution was a political upheaval that took place between 1775 (First battle) and 1783 during which the Thirteen American Colonies broke from the British Empire and formed an independent nation, the United States of America.

The Cuban Missile Crisis of October 1962 was a direct and dangerous confrontation between the United States and the Soviet Union during the Cold War and was the moment when the two superpowers came closest to nuclear conflict.

Attack on the Twin Towers

This attack flung the U.S. into the War on Terror. The attack on our territory gave us rightful permission to invade the Middle East on suspicion that the people who were involved with the attack were in hiding within terrorist cells in those countries.

Hitler invaded Poland in autumn, 1939, which revealed his true intentions of dominating all of Europe, and shortly after the rest of the world. This Coincided with the invasion of the Japanese into China, making this a multi-continental war.

On June 6th, 1944 , General Dwight Eisenhower led U.S. and Allied troops in an invasion of Normandy, France. The armies fought their way through France and Belgium and into Germany while Russian troops fought from the east. On May 7, 1945, Germany surrendered. 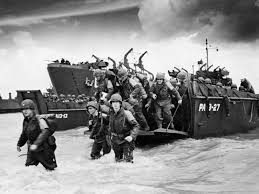 A battle between the Normans and the English that began in October 1066, the background to this battle was the death of Heir-less King Edward The Confessor. His death and the lack of an heir started a power-struggle between the possible successors between English and Norman candidates. The Normans won the battle through the adopted false retreat strategy, and William of Normandy was pronounced king on Christmas day, 1066.

Pope Urban II calls for the 1st Crusade, Council of Clermont, France, November 27, 1095. This speech has been called the most influential one in the Middle Ages. It calls on the Christian princes in Europe to go on a crusade to rescue the Holy Land from the Turks. 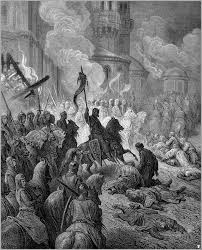 Defeat at the Battle of Hattin incited the idea of this crusade. By March 1188, Henry II of England, Richard (Henry's son), Philip II of France, and the Holy Roman Emperor Frederick I had sworn crusade vows.

The Fourth Crusade (1202–1204) was originally intended to conquer Muslim-controlled Jerusalem by means of an invasion through Egypt. Instead, in April 1204, the Crusaders of Western Europe invaded and sacked the Orthodox Christian city of Constantinople, capital of the Byzantine Empire.

Long power struggle between England and France over the succession of the French throne. 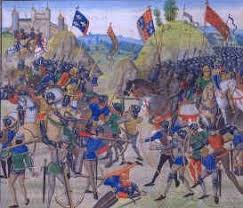 This was the first major battle in The Hundred Years War, and ended as a decisive victory, after attack-for-attack fighting, for the English.

A Fierce Naval battle between the English and the French, which ended as a victory for France in which they regained control of the English Channel, making it impossible for England to reinforce troops and deliver armaments.

The Holocaust was the systematic persecution and murder of approximately six million Jews by the Nazi regime. The Nazis, who came to power in Germany in January 1933, believed that Germans were "racially superior" and that the Jews, deemed "inferior," were "unworthy of life." During the era of the Holocaust, the Nazis also targeted other groups because of their perceived "racial inferiority": Roma (Gypsies), the handicapped, and some of the Slavic peoples (Poles, Russians, and others).
In 1933, the Jewish population of Europe stood at over nine million. By 1945, close to two out of every three European Jews had been killed as part of the "Final Solution", the Nazi policy to murder the Jews of Europe.

We chose to signify the start of The Holocaust At the point where Hitler became the Chancellor of Germany instead of the Attack on Poland. 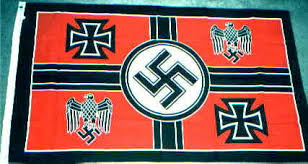 Attack on China / Start of WW2

According to AP World History standards, this attack on a Manchurian China Railroad started the second World War, not their attack on Pearl Harbor. Japan spoofed an attack on themselves and blamed China for it, so they would have a legitimate excuse to invade China for their resources. Japan needed raw materials because they were beginning to rapidly industrialize, so instead of importing machinery and processed goods, and exporting raw materials, they now wanted raw materials imported to manufacture themselves, and exported those manufactured goods for economic profit. 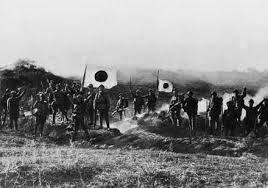 President Franklin Roosevelt called December 7, 1941, "a date which will live in infamy." On that day, Japanese planes attacked the United States Naval Base at Pearl Harbor, Hawaii Territory. The bombing killed more than 2,300 Americans. It completely destroyed the American battleship U.S.S. 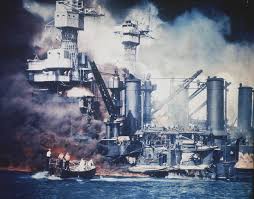 After Pearl Harbor, The Japanese were continuing their conquest of Southeast Asia. The Turning point of the war in the pacific was the Battle of Midway in June 1942. In a four day battle fought between aircraft based on giant aircraft carriers, the U.S. destroyed hundreds of Japanese planes and regained control of the Pacific. 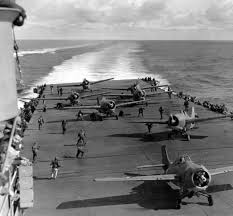 The Japanese fought on even after the war in Europe ended. Truman decided to use the newly developed atomic bomb to end the war quickly and prevent more U.S. casualties. The Enola Gay dropped an atomic bomb on Hiroshima, Japan on August 6, 1945, killing about 78,000 people and injuring 100,000 more. On August 9, a second bomb was dropped on Nagasaki, Japan, killing another 40,000 people. 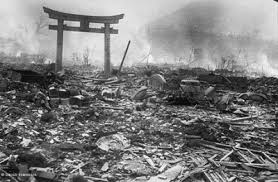