Created by Thomas Jefferson and James Madison, the Democratic-Republicans were formed initially to oppose Alexander Hamilton's Bank Plan. The party supported limited government, favoring the states relative to the federal government. They believed that agriculture was the future of the U.S. economy, were pro-French, and were based primarily in the South. Jefferson was the first Democratic-Republican President, winning the Election fo 1800. He was followed by Madison and Monroe, before the party broke up in 1825 following the contested election between John Quincy Adams and Andrew Jackson. 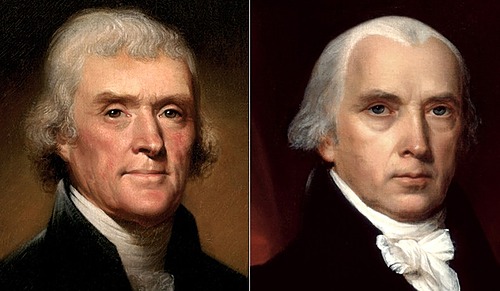 The Federalist Party was created in 1791 by Alexander Hamilton. Hamilton was Secretary of the Treasury under George Washington. Hamilton believed in a strong central government, foreign policy characterized by neutrality, and the future of America as an industrial power. He created the Bank of the United States to help fashion a national economy. He was bitterly opposed by fellow Cabinet member Thomas Jefferson. Their rivalry would dominate Washington's presidency. The party fell into decline following Jefferson's presidential victory in 1800. It would eventually collapse after the War of 1812 following the Hartford Convention, where some Federalists proposed seceding from the union. 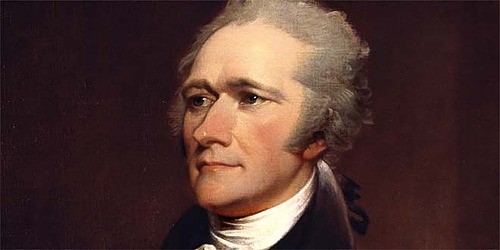 During this time period, Democratic-Republican James Monroe was president and faced very little political opposition. The Federalist Party had collapsed and the country was characterized by a one party system. Monroe won the presidential elections of 1816 and 1820 in landslides. It would not be till the election of 1824 that the party would split in two. 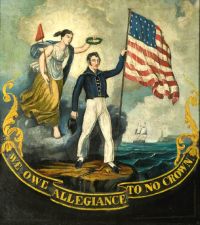 The Democratic Party was created in 1825, made up of the supporters of Andrew Jackson. Jackson had been defeated in the 1824 presidential election by John Quincy Adams in what his supporters called a "Corrupt Bargain". Jackson would form the Democratic Party, which branded itself as the party of common men. It oversaw the expansion of voting rights to all white men. Jackson would become the first Democratic President by winning the election in 1828. The party would be the primary defender of slavery and Jim Crow laws until the 1930s, when the party became to become more liberal during the presidency of Franklin D. Roosevelt. 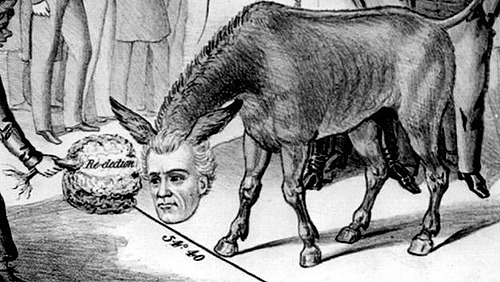 In 1824, the Era of Good Feelings came to an end due to the divisive presidential election. In a contested election, John Quincy Adams would emerge victorious after gaining the support of Henry Clay and the House of Representatives, in what his opponents called a "Corrupt Bargain". In response, his opponent Andrew Jackson formed his own political party called the Democratic Party. Adams and his supporters came to be known as the National Republicans. Adams would lose reelection to Jackson in 1828 and his short-lived party would rapidly decline, collapsing in 1832 and being succeeded by the Whig Party. 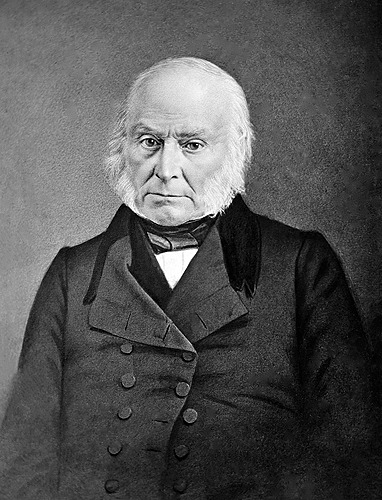 The Whig Party was created in 1832 by Henry Clay as a successor to the National Republicans. They were opposed to the policies of Andrew Jackson. Whig's were supporters of the American System, including a protective tariff, the Bank of the United States, and internal improvements. They also opposed the annexation of Texas, rightly believing it would lead to a war with Mexico and the expansion of slavery. The Whigs had very little electoral success, with Henry Clay running for president 4 times but losing each time. They did win two presidential elections in 1840 and 1848, but in both cases the President died early in his term leaving the party rudderless. The party would collapse in 1854 and be succeeded by the Republican Party. 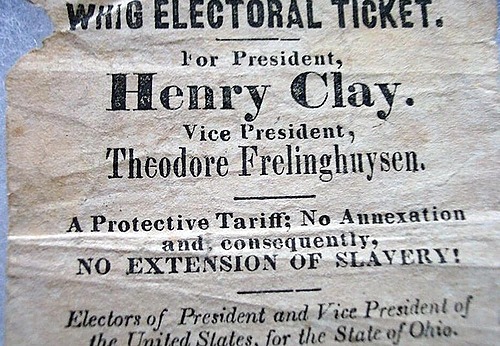 The Republican Party officially formed in 1854 in the aftermath of the Kansas-Nebraska Act being passed. It was initially created as a free soil party, to oppose the expansion of slavery to the western territories. It was made up of former Whigs and northern Democrats. It was not initially associated with the Abolitionist Movement, instead focusing on containing slavery. The first Republican President was Abraham Lincoln, elected in 1860. His election would serve as the catalyst for southern secession and the Civil War. The party still exists today. 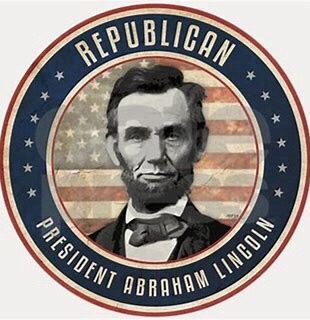 Democratic Franklin D. Roosevelt won the presidential election of 1932, forging a new electoral coalition that would change party politics. He won by winning southern whites, African Americans, and northern liberals. In the past, the Democratic Party had primarily been dominated by southern whites and conservatives. Roosevelt's coalition was decidedly more liberal and ideologically diverse. Over time, the Democratic Party would continue to gain strength among African Americans and liberal voters, while losing southern whites to an increasingly conservative Republican Party. 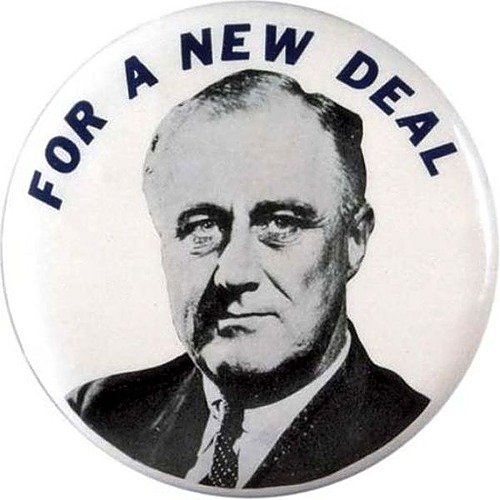 In 1964, Lyndon B. Johnson signed the Civil Rights Act into law, outlawing segregation in the South. Johnson, a Democrat, did so even though southern white Democrats opposed him. Johnson knew that by signing the bill he risked losing southern whites for good. Following its signing, southern whites completed their shift to the Republican Party, while African Americans completed their's to the Democratic Party. The party coalitions had been realigned by Democratic support for civil rights. 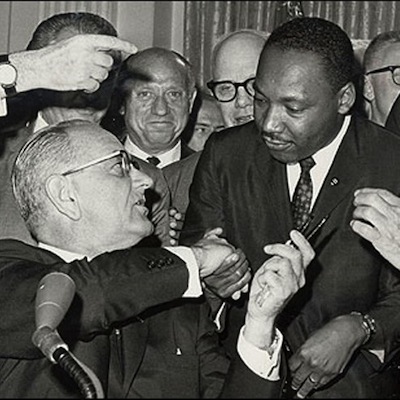