Time before written history, (prehistoric). In the west writing was invented in ancient Mesopotamia just before 3000 B.C.E, this period includes visual culture (Paintings, sculpture, and architecture) made before that date. The Neolithic Revolution, occurred during this era, this was when our ancestors learned to farm and domesticate animals, allowing them to give up their nomadic ways, and settle down to cities and civilizations. Lascaux cave paintings, and Paleolithic era were influential works during this time. This image is a cave image made by our ancestors. 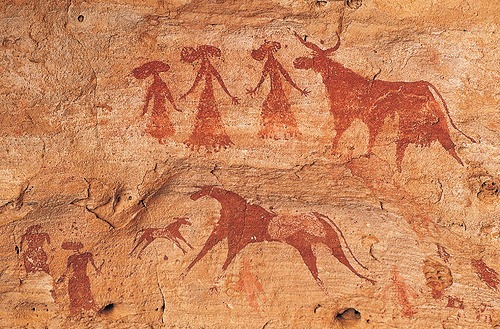 Religious and symbolic imagery, decorations for utilitarian objects, mythological stories. One influential work was the Code of Hammurabi 1792 B.C.(around) This work was from ancient Mesopotamia, it was the piece bears a Babylonian set of laws carved in stone, adorned by an image of King Hammurabi. Art in this era was produced by advanced civilizations, Mesopotamia, Egypt, Greece, and the Americas. The point of this art was to tell stores, display religious and symbolic imagery, and demonstrate social status, works depicted stories of rulers, gods, goddesses. 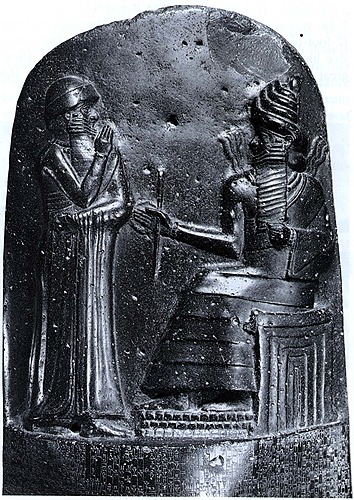 The middle ages, or the dark ages. The fall of the Roman Empire occurred during this time, 476 A.D. Much of the artwork reflects darkness, with grotesque images and brutal scenery. Art was centered around the church, as time passed more sophisticated churches were established and new designs were added such as biblical subjects and scenes from mythology. This era was responsible for the Illuminated Manuscript and Gothic architecture style. Influential art from this period include, the catacombs in Rome, Hagia Sophia in Istanbul, the Indiscipline gospels, and Notre Dame. These all were examples of those two types of new art style. This image is Jesus. 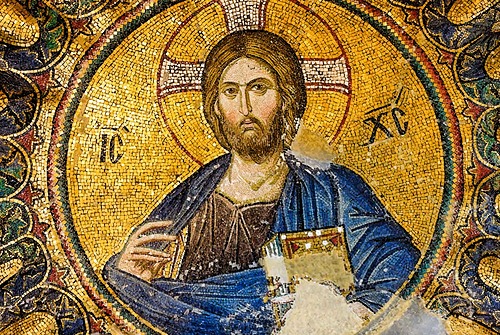 This art was focused on nature and individualism, the thought of man as self independent. They flourished during this time, and led to economic changes such as secularization. The Renaissance reached it's height in Florence. This was due to the Medici, wealthy merchant family who adapted to arts and humanism. Italian designer Filippo Brunelleschi and his sculptor Donatello were key innovators during this time period. The high Renaissance, 1490 to 1527, consisted of artists such as Da Vinci, Michelangelo, and Raphael. The artwork consisted of realism and human anatomy, they would precisely make these works of art based of real human bodies sometimes! This picture is called Mona Lisa and was created by Leonardo Da Vinci during the Renaissance. 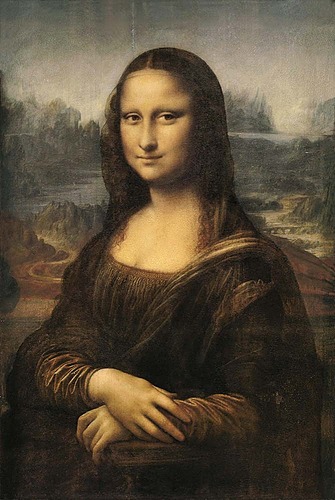 Mannerist artists emerged from the ideals of Michelangelo, Raphael, and other Renaissance artists, but their focus on style and technique outweighed the meaning of the subject matter. This art had more complex compositions rather than focusing on classical ideals like in the Renaissance. Some of the most celebrated Mannerist artists include, Giorgio Vasari, Francesco Salviati, Domenico Beccafumi, and Bronzino, who is widely considered the most important one of them all. This image is called the Holy Family, by Bronzino.

This period was filled with architecture and over the top visual arts. This was all characterized by richness and grandeur, punctuated by the interest of global discovery and human intellect growth. The painting were characterized by drama, they used an intense contrast between light and dark and had energetic compositions matched by rich colors. Two iconic artists in this time were Caravaggio and Rembrandt. This painting is called Bacchus and was made by Caravaggio. 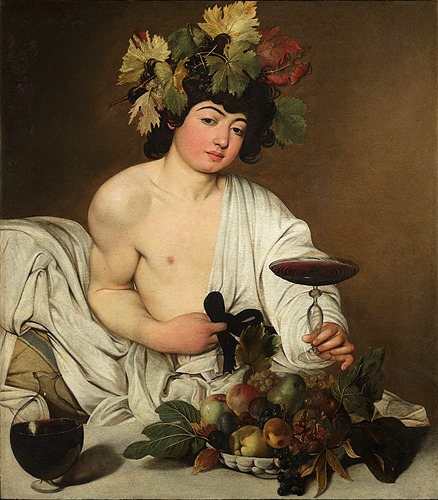 Rococo originated in Paris, it consisted of decorative art, painting, architecture, and sculpture. The aesthetic was a softer style compared to Baroque. Rococo is characterized by lightness and elegance, focusing on the use of natural forms, asymmetrical design and subtle colors. Painters like Antoine Watteau and Francois Boucher were the biggest names for this period. The Rococo style also transferred to silver, porcelain, and French furniture. Many chairs and armoires were made with this style. This painting was called The Italian Comedians and was made by Antoine Watteau. 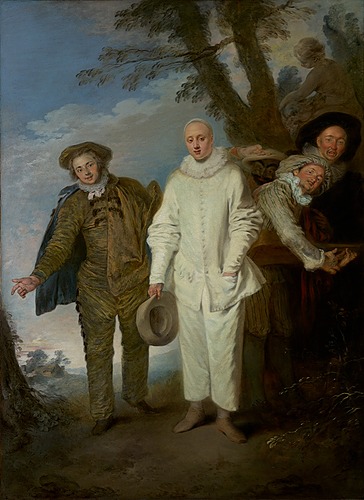 Neoclassical Artists were influenced by classical elements, in particular, a focus on idealism. They also included modern, historically relevant depictions in their works. For example, Antonio Canova drew upon classical elements in his marble sculptures, but avoided the cold artificiality that was represented in early creations. Agricultural ruins of ancient civilizations were discovered in Athens and Naples which ignited a passion for things in the past. Harmony, simplicity, and proportion mattered. This sculpture is called the Three Graces by Antonio Canova 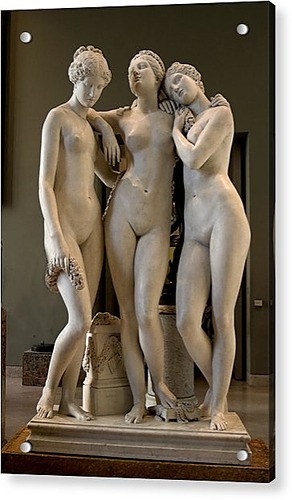