Title IX states that: No person in the United States shall, on the basis of sex, be excluded from participation in, be denied the benefits of, or be subjected to discrimination under any education program or activity receiving Federal financial assistance

Roe v. Wade, 410 U.S. 113, was a landmark decision of the U.S. Supreme Court in which the Court ruled that the Constitution of the United States protects a pregnant woman's liberty to choose to have an abortion without excessive government restriction. 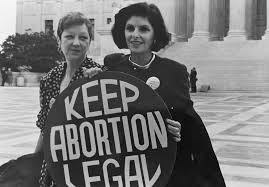 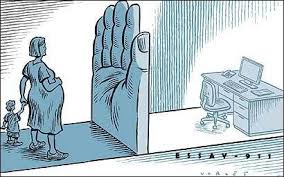 Ratification Deadline of the ERA

A proposed amendment to the United States Constitution designed to guarantee equal legal rights for all American citizens regardless of sex. It seeks to end the legal distinctions between men and women in matters of divorce, property, employment, and other matters. 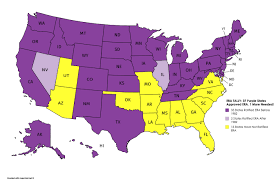 The Senate confirmed the appointment on September 22, 1981, making O'Connor the first female Associate Justice in the history of the Court. Justice O'Connor served on the Supreme Court for twenty-four years and retired on January 31, 2006. 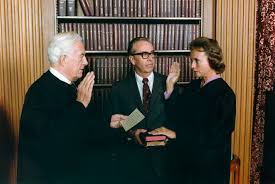 Sally Kristen Ride was an American astronaut and physicist. Born in Los Angeles, she joined NASA in 1978 and became the first American woman in space in 1983. Ride was the third woman in space overall, after USSR cosmonauts Valentina Tereshkova and Svetlana Savitskaya.

Meritor Savings Bank v. Vinson, 477 U.S. 57, is a US labor law case, where the United States Supreme Court, in a 9-0 decision, recognized sexual harassment as a violation of Title VII of the Civil Rights Act of 1964. 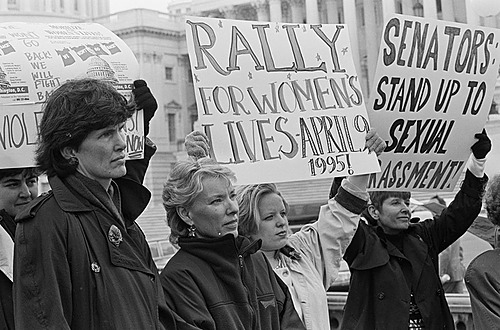 Toward the end of the confirmation process, sexual harassment allegations against Thomas by Anita Hill, a law professor who had previously worked under Thomas at the United States Department of Education and then at the Equal Employment Opportunity Commission, were leaked to the media from a confidential FBI report. The allegations led to a media frenzy about sexual harassment, and further investigations. Televised hearings were re-opened and held by the Senate Judiciary Committee before the nomination was moved to the full, Democratic-controlled, Senate for a vote. Thomas was confirmed by a narrow majority of 52 to 48. 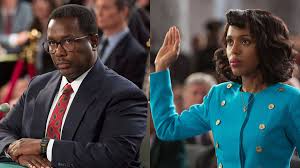 The Violence Against Women Act of 1994 was a United States federal law signed as Pub.L. 103–322 by President Bill Clinton on September 13, 1994. The Act provided $1.6 billion toward investigation and prosecution of violent crimes against women, imposed automatic and mandatory restitution on those convicted, and allowed civil redress in cases prosecutors chose to leave un-prosecuted.

Madeline Albright is sworn in as Secretary of State

Madeleine Jana Korbel Albright is an American politician and diplomat. She is the first female United States Secretary of State in U.S. history, having served from 1997 to 2001 under President Bill Clinton. 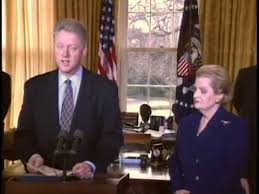