Scientists who contributed to the Atomic Model Timeline

Democritus's model stated that matter consists of invisible particles called atoms and a void (empty space). His atomic model was solid and stated all atoms differ in size, shape, mass, position and arrangement, with a void exists between them.
To Democritus, atoms were small, hard particles that were all made of the same material but were different shapes and sizes.
Atoms were infinite in number, always moving and capable of joining together 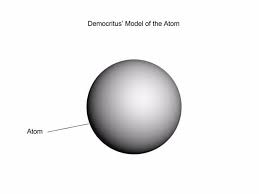 He proposed that all matter is composed of very small things which he called atoms.
He deduced that all elements are composed of atoms. Atoms are indivisible and indestructible particles.
Atoms of the same element are exactly alike.
Atoms of different elements are different.
Compounds are formed by the joining of atoms of two or more elements.

Provided the first hint that an atom is made of even smaller particles.
He proposed a model of the atom that is sometimes called the “Plum Pudding” model.
Atoms were made from a positively charged substance with negatively charged electrons scattered about, like raisins in a pudding.
Thomson studied the passage of an electric current through a gas.
As the current passed through the gas, it gave off rays of negatively charged particles 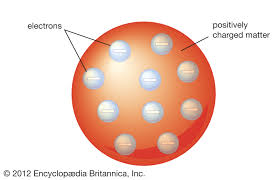 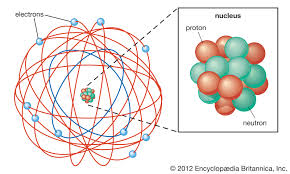 According to Bohr’s atomic model, electrons move in definite orbits around the nucleus, much like planets circle the sun. These orbits, or energy levels, are located at certain distances from the nucleus.
In his model, he placed each electron in a specific energy level. 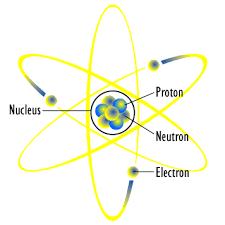 Conducted an investigation involving radiation and discovered the presence of the neutron. 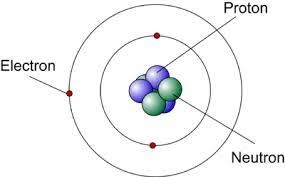