Following the offering of the first day classes for deaf students at the Horace Mann School for the Deaf (i.e., a specialized school), various public schools began to offer special classes to students with various disabilities (Winzer, 1993). These were primarily "ungraded classes" that focused on remedial academic skills (Winzer, 1993). Although these classes were segregated and students were not mainstreamed, it was during this time that we began to see students with disabilities receiving an education in American public schools. 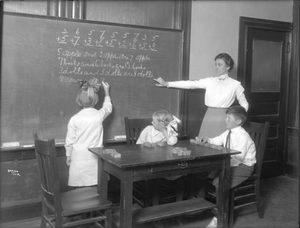 In 1914, J.E. Wallace Wallin wrote about the drawbacks of children being educated in segregated classes in his work The Mental Health of the School Child: The Psycho-Educational Clinic in Relation to Child Welfare. The arguments he made against segregated classes, such as segregated learning environments making students feel more inferior, would be echoed in later arguments against segregating students with disabilities (Winzer, 1993). 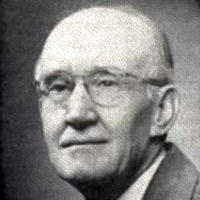 Although this case did not pertain directly to special education, the case of Brown versus the Topeka, Kansas Board of Education found that segregating schools on the basis of race was unconstitutional. This brought to light the notion that separate, segregated learning environments are not equal learning environments. 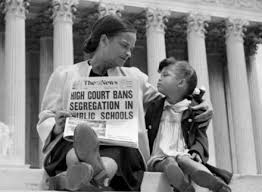 The Division of Handicapped Children and Youth is Formed

In 1963, the Division of Handicapped Children and Youth President is formed under then president John F. Kennedy. It was also at this time that the Bureau of Education for the Handicapped was overhauled. Both entities would provide a governmental platform for which the education of individuals with disabilities could be better addressed (Winzer, 1993). 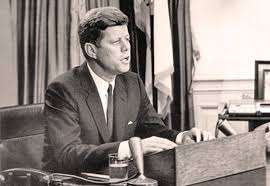 Publications from the President's Committee on Mental Retardation

In 1968, The President's Committee on Mental Retardation (PCMR) released a study titled "Changing Patterns in Residential Services for the Mentally Retarded", which presented the theoretical and practical underpinnings of the normalization (mainstreaming/inclusion) of individuals with disabilities into society (Krause, 1986). This monograph echoed practices implemented into law in Denmark in 1959 (Winzer, 1993). In 1969, the PCMR released another report titled "The Six-Hour Retarded Child", which further called for an overhaul of the American education system in regards to how it educated students with disabilities. 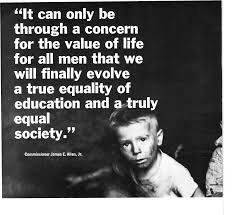 The case of Pennsylvania Association For Retarded Citizens (PARC) v. Commonwealth of Pennsylvania marked the first major legal case that would lead to mainstreaming of students with disabilities into public schools. In this case, 14 children with developmental disabilities were denied access to Pennsylvania public education under a state law that allowed schools to exclude students who had not reached a mental age of at least 5 years by the time they were to enter first-grade (The Right to Education, n.d.). The court's decision was in favor of the students, requiring students be provided with access to an appropriate public education, and helped pave the way to the notion of a free and appropriate public education for students with disabilities. 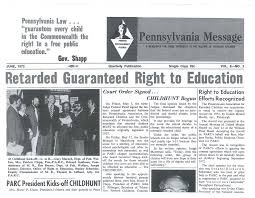 Mills v. the Board of Education of the District of Columbia

Mills v. the Board of Education of the District of Columbia was a class action lawsuit that represented seven children who were denied access to a public education in Washington D.C. on the basis of the students having various disabilities. The case ended favorably for the students, with the courts ruling that the Washington D.C. school system was responsible for providing students with an education, despite any disabilities they may have (The Right to Education, n.d.). 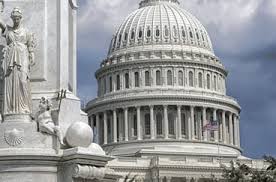 Passage of the Education for All Handicapped Children Act, Public Law 94-142

On November 29, 1975, the Education for All Handicapped Children Act, Public Law 94-142 was passed by then president Gerald Ford. It was the passage of this legislation that mandated school systems provide students with disabilities with a free and appropriate education in the least restrictive environment, as well as required schools to provide students with various educational services, specified in an Individualized Education Program (IEP) (Winzer, 1993). 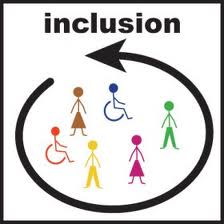