Summary: The Missouri Compromise was a law that helped determine which states would be free states of slave states. The Missouri compromise stated that states who were formed under the the latitude 36 degrees 31' (Missouri's southern border) would be slave states while any formed above would states without slavery.

Northern Perspective: The Northerners would agree with this law because a lot of states are above the 36 degrees line.

Southern Perspective: Southerners would disagree with this law because their not much room under the 36th parallel and their would be a lot more free states than slave states. 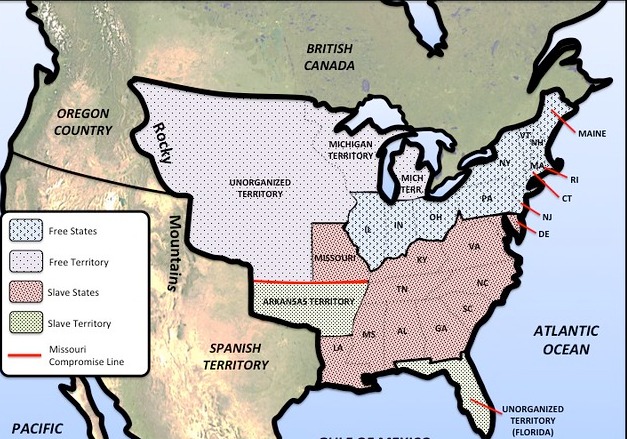 Summary: Texas and Mexico used to be one colony living under the rule of Spain. After Mexico revolted against Spain they became their own country . What happened after is Americans started moving slowly into Texas territory. This population raised and raised until at one point their were so many Americans that Texas wanted to become it's own country. Later on President James Polk annexed Texas when Texas president pretended that It might become annexed to Great Britain.

Northern perspective: Northerners liked the fact that America was extending it's land to the Pacific Ocean but when there was slavery in Texas Northerners weren't happy because they were outnumbered by the number of slave states

Southern Perspective: The southerners were happy with the fact that Texas was slave state because their was another state where they could own slaves but it also outnumbered the number of free states. 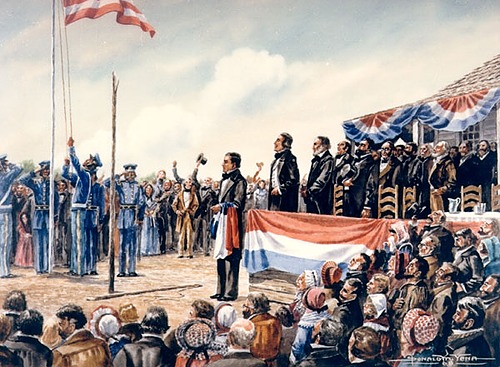 Summary: The compromise of 1850 was compromise that covered but mainly covered what happened to the land won in the Mexican war. the main points of the compromise was 1) California would enter a free state 2) Slave trade was abolished in District of Columbia (D.C.) 3) The rest of the land form the Mexican war was split into two states New Mexico and Utah both which were free and finally 4) The fugitive slave was made requiring Northerners to return slaves to their owners.

Northern Perspective: Northerners liked the facts that California entered as a free state and that slave trade was eliminated in Washington D.C. the nation's capital. The also liked the fact that slavery was rare in New Mexico.

Southern Perspective: While southerners weren't happy with the no slavery in California and no slave trade in Washington D.C. ,they were happy it wasn't outlawed in Utah and Texas and also like the Fugitive Slave law.

Summary: Uncle Tom's Cabin was book made by Harriet Beecher Stowe . Stowe was abolitionist and her book talked about true horrors slaves had to suffer.
Northern Perspective : Northerners were shocked about what they read. They were surprised to hear how slaves were treated and didn't like slavery at all.
Southern Perspective:the southerners were not very happy when the book published because they tried to keep it a secret and they pretended that slaves were happy being slaves. 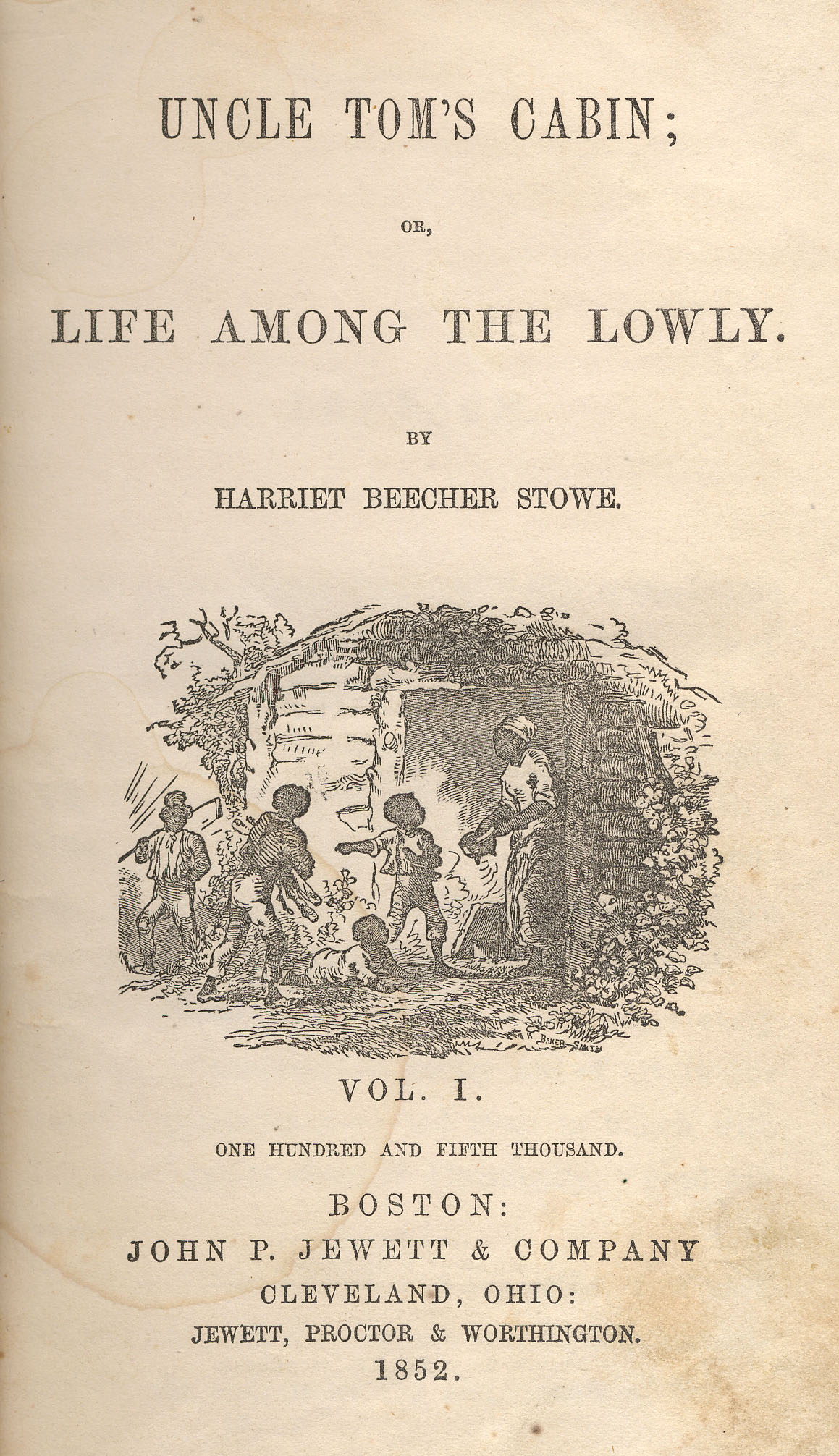 Summary: The Kansas-Nebraska was a very disputed topic because it went against the Missouri Compromise. Senator Douglas decided to make the states Nebraska and Kansas should chose weather they were slave or free states through popular sovereignty .

Northern Perspective : Northerners disliked the law because the states were both already above 36 degrees latitude line which by the Missouri Compromise meant they were already free states.

Southern Perspective: Southerners liked this law because it gave them more of a chance to make more slave states rather than free states. 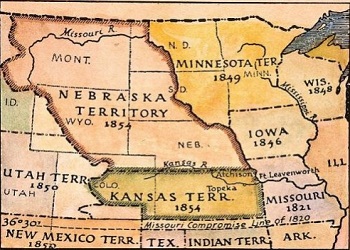 Summary: Dred Scott was a African American who was sold to surgeon . During his time with the surgeon Scott traveled to Illinois and to Wisconsin territory and because he went to the North he thought he could sue for his freedom. The result of the case was that Dred wasn't able to sue in the first place because he was a slave and they were property.

Northerners Perspective: Northerners disliked this law very much because they thought that Dred should have become free as soon as he went to Illinois because otherwise it should have been illegal. They disagreed a lot with the court's ruling.

Southerners Perspective : Southerners agreed with this ruling because they also believed that slaves were property and they thought this would make slave not want to escape to the north. 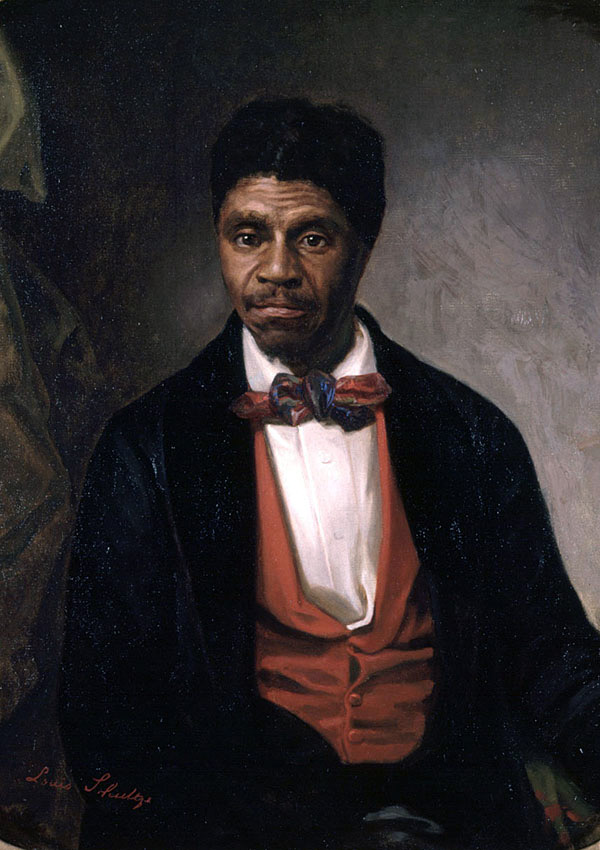 Summary : John Brown's raid was a very dangerous and horrific event . John Brown was a extreme anti-slavery supporter and had already made his name in Kansas where he killed 5 pro slavery people in one night. He decided to take hold of America's weapon arsenal in Harper's Ferry, Virginia so that he could arm run away slaves so they had a chance of getting to Canada. Once he took over the arsenal he was arrested by the army in two days. He was tried and hanged to death.

Northern Perspective: Northerners praised Brown's actions because they thought John Brown was fighting for the right cause freeing slaves.

Southern Perspective: They completely hated what John Brown because they thought this encouraged slaves to escape. They also also disliked when northerners approved acts as they they thought this was equivalent to supporting an act of terrorism against their livelihood 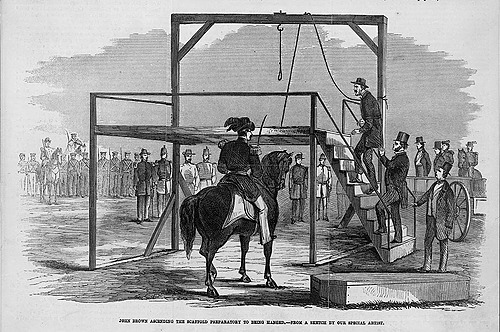 Summary : In the election of 1860 their was four candidates which was more than usual. The Republican party was founded in the name of making sure that slavery wasn't spread and Abraham had joined the party. The other candidates were part of different sectors of the democratic party. People in the south didn't like the republican party and mostly divided their votes on the different democratic candidates . Abraham Lincoln ended up winning the election.

Northern Perspective: The Northerners liked this happening because they wanted they prevention and elimination of slaves and they know that Abraham wanted the same thing.

Southern Perspective : The Southerners disliked Lincoln because they knew he was against slavery but also the fact that he wasn't on any of the southern states ballots yet he still won the election . This made people in the south think that the North would outvote them in any law and this made him angry. 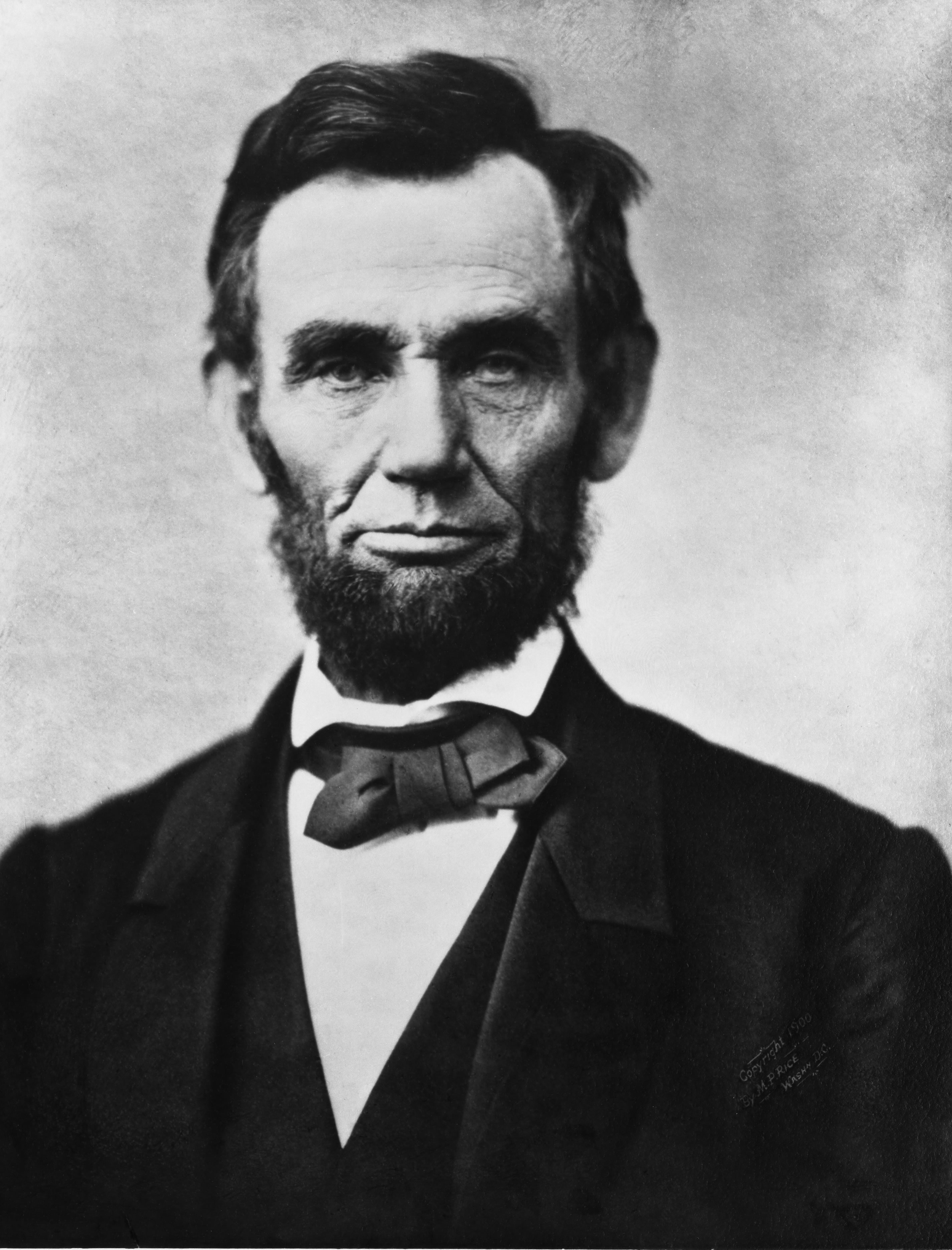 Summary: After Abraham Lincoln won the election of 1860 South Carolina was one of the first states to feel as if the Northerners were going to overrule them in every sense therefore they decided to secede and create their own nation the Confederates States of America.

Northern perspective: Northerners were shocked for little about what happened. Nobody actually expected for states to start seceding. They considered it treason to do such a thing. However they were not shocked for long because they would fight if they needed to keep this Union together.

Southern Perspective: Soon after most southern states followed in the steps of South Carolina. This would soon start a the great struggle to preserve the union. 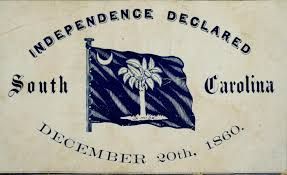