Slavery arrived in North America with the Spanish and English colonists of the 17th and 18th centuries, with an estimated 645,000 Africans brought during the more than 250 years the institution was legal. But slavery never existed without disagreement. The British colony of Georgia actually banned slavery from 1735 to 1750, but it remained legal in the other 12 colonies. After the American Revolution, northern states passed emancipation laws, and the divide began to open as the South became committed to slavery. Once called a “necessary evil” by Thomas Jefferson, supporters of slavery increasingly switched their speech to one that described slavery as a kind Christian institution that benefited all parties involved: slaves, slave owners, and non-slave holding whites. The number of slaves compared to number of free blacks varied greatly from state to state in the southern states. In 1860, for example, both Virginia and Mississippi had in excess of 400,000 slaves, but the Virginia population also included more than 58,000 free blacks, as opposed to only 773 in Mississippi. In 1860, South Carolina was the only state to have the most of the slave population, yet in all southern states slavery served as the foundation for their concerns and political order. 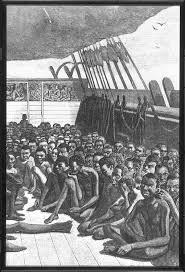 Congress was compelled to establish a policy to guide the growing of slavery into the new western territory. Missouri’s application for being recognized as a slave state sparked a bitter national discussion. In addition to the deeper issue constitute by the growth of slavery, the addition of pro-slavery Missouri legislators would give the pro-slavery faction a Congressional majority.

Congress reached a series of agreements that became known as the Missouri Compromise. Missouri was admitted as a slave state and Maine was admitted as a free state, maintaining the Congressional balance. A line was also drawn through the unincorporated western territories along the 36°30' parallel, dividing north and south as free and slave.

Thomas Jefferson, hearing the deal, “considered it at once as the knell of the Union. It is hushed indeed for the moment. But this is a reprieve only, not a final sentence. A geographical line, coinciding with a marked principle, moral and political, once conceived and held up to the angry passions of men, will never be destroyed; and every new irritation will mark it deeper and deeper.” 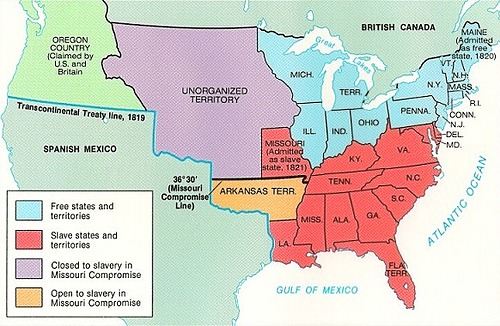 The Wilmot Proviso was a piece of laws nominated by David Wilmot at the end of the Mexican-American War. If passed, the condition would have outlawed slavery in territory acquired by the United States as a result of the war, which included most of the Southwest and extended all the way to California.

Wilmot spent two years fighting for his plan. He offered it as a rider on existing bills, introduced it to Congress on its own, and even tried to attach it to the Treaty of Guadalupe Hidalgo. All attempts failed. In spite of the intensity of the discussion surrounding the Proviso caused the first serious discussions of the separation. 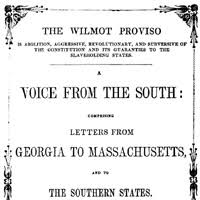 With national relations became difficult by the discussion over the Wilmot condition, the members Henry Clay and Stephen Douglas managed to organize a shaky accord with the Compromise of 1850. The compromise admitted California as a free state and did not control slavery in the remainder of the Mexican surrender all while strengthening the Fugitive Slave Act, a law which compelled Northerners to return escaped slaves to the South.

While the agreement succeeded in delaying outright hostilities between the North and South, it did little to address, and in some ways even reinforced, the structural split that divided the United States. The new Fugitive Slave Act, by forcing non-slaveholders to participate in the institution, also led to increased breaking up among centrist citizens. 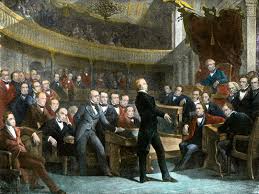 Harriet Beecher Stowe’s fictional exploration of slave life was a cultural feeling. Northerners felt as if their eyes had been opened to the horrors of slavery, while Southerners claimed that Stowe’s work was false.

Uncle Tom’s Cabin was the second-best-selling book in America in the 19th century, second only to the Bible. Its popularity brought the issue of slavery to life for those few who remained unaffected after decades of legislative conflict and widened the separation between North and South. 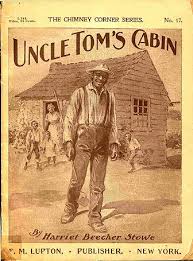 The Kansas-Nebraska Act established Kansas and Nebraska as territories and set the public viewing “Bleeding Kansas” by getting used to the popular sovereignty. Under popular sovereignty, it is the residents of the territories who decide by popular referendum if the state is to be a free or enslaved. Settlers from the North and the South moved into Kansas, hoping to fill the numbers on their side of the discussion. Passions were angry and violence raged. In the fall of 1855, abolitionist John Brown came to Kansas to fight the forces of slavery. In response to get rid of Lawrence by border ruffians from Missouri whose sole victim was an abolitionist printing press, Brown and his supporters killed five pro-slavery settlers in the Pottawatomie Creek Massacre in Kansas in May, 1856. Violence existed in the territory as early as 1855 but the getting rid of Lawrence and the Pottawatomie Creek Massacre launched a freedom fighter war between pro-slavery and anti-slavery forces. Although the violence was often sporadic and unorganized, mass feelings of terror existed in the territory. Although President Buchanan tried to calm down the violence by supporting the Lecompton Constition, his relentless support for this constant created a political crisis among the Democratic Party and only further aggravated sectional tensions. The violence subsided in 1859, the warring parties forged a fragile peace, but not before more than 50 settlers had been killed. 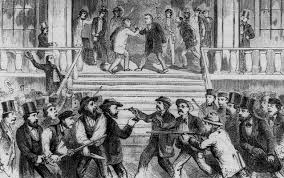 Dred Scott was a Virginia slave who tried to sue for his freedom in court. The case eventually rose to the level of the Supreme Court, where the judge found that, as a slave, Dred Scott was a piece of property that had none of the legal rights or recognition afforded to a human being.

The Dred Scott Decision threatened to entirely give the political landscape that had far managed to prevent civil war. The classification of slaves as beggary made the federal government’s authority to control the institution much more arguable.

Southerners renewed their challenges to the agreed-upon the ownership limitations on slavery and separation. 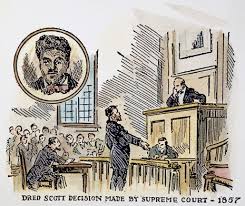 Elected Senator Stephen Douglas faced a challenge for his seat from a comparison unknown one term former congressmen and “prairie lawyer” Abraham Lincoln. In the campaign that followed Lincoln and Douglas engaged in seven public discussion across the state of Illinois where they discussed the most at issue of the occurring, slavery. Although Douglas won the senate race, these discussions moved Lincoln to the national spotlight and enabled his nomination for president in 1860. In contrast, these discussions further experiencing Douglas from the southern wing of the Democratic Party and the arguments Douglas made in these discussions come back to him in 1860 destroying his presidential chances. 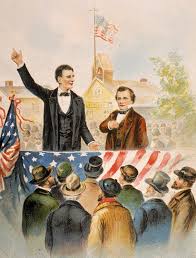 Abraham Lincoln was elected by a considerable majority in 1860 despite not being included on many Southern votes. As a Republican, his party’s anti-slavery outlook struck fear into many Southerners.

On December 20, 1860, a little over a month after the election closed, South Carolina broke away from the Union. Six more states followed by the spring of 1861. 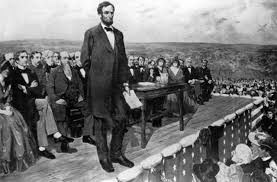 The Battle of Fort Sumter

With breaking, several federal forts, including Fort Sumter in South Carolina, suddenly became a small military camp in a foreign land. Abraham Lincoln made the decision to send fresh supplies to the surrounded troops.

On April 12, 1861, federal warships turned back the supply group to Fort Sumter and opened a 34-hour bombing on the stronghold. The troops surrendered on April 14.

The Civil War has now started. On April 15, Lincoln called for 75,000 volunteers to join the Northern army. Unwilling to give troops, Virginia, Arkansas, North Carolina, and Tennessee disbanded their ties to the federal government. 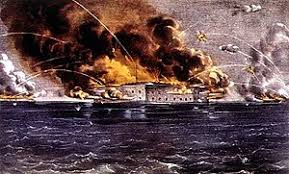