It highlighted over two millennia in numerous sociocultural aspects such as his hieroglyphic writing, one of the few fully developed writing systems of the pre-Columbian American continent, his art, architecture and his remarkable numbering systems, as well as astronomy, mathematics and understanding of ecology.

In the Mayan cities, the city center was occupied by ceremonial and administrative complexes, surrounded by an irregular expansion of residential neighborhoods.

The main architecture of the city is composed of palaces, pyramidal temples, ceremonial ball games, and aligned structures for astronomical observation. 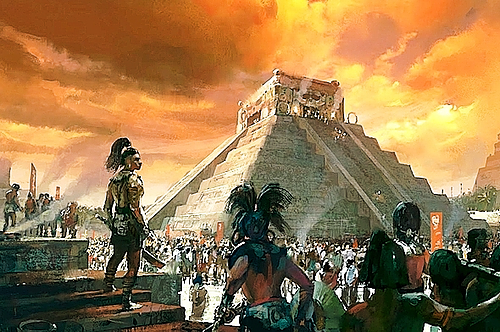 The Olmec were the first major civilization in Mexico. They lived in the tropical lowlands on the Gulf of Mexico in the present-day Mexican states of Veracruz and Tabasco.

There are no written accounts of Olmec beliefs, but their notable artwork provide clues about their life and religion.

The Olmec culture was defined and unified by a specific art style. Crafted in a variety of materials (jade, clay, basalt, and greenstone) much Olmec art is naturalistic.

The most striking art left behind by this culture are the Olmec colossal—very big—heads.
None of the heads are alike, and each boasts a unique headdress, which suggests they represent specific individuals.

There are no written records of Olmec commerce, beliefs, or customs, but from the archaeological evidence, it appears they were not economically confined. 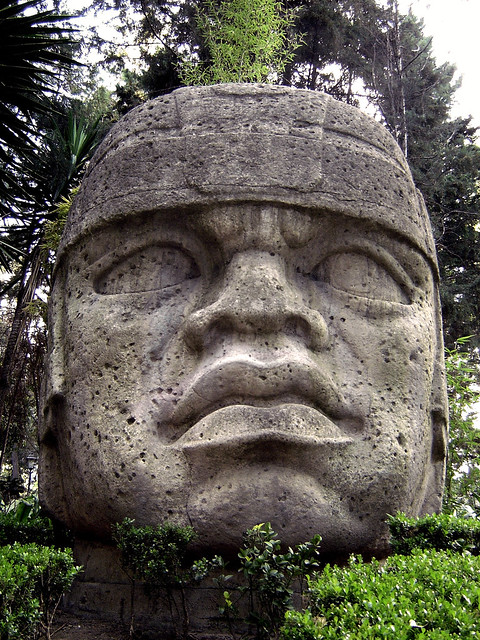 It was one of the first and most important ceremonial centers in the Valley of Mexico.

Cuicuilco comes to acquire the character of an urban regional center with a population, as he said, estimated at about 20,000 inhabitants.

From their location, inhabitants had access to natural resources.
In addition there were water springs and streams. Prehispanic groups managed to produce food. The economic base was centered on agriculture, probably supplemented by hunting, fishing and gathering. 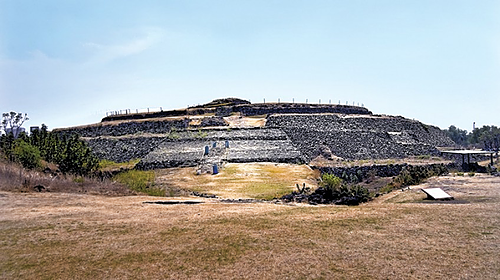 The Teotihuacan civilization occupied the northeast area of the current Mexican valley, specifically between the municipalities of Teotihuacán and San Martín de las Pirámides.

The Teotihuacan economy was fundamentally agricultural, with much commercial exchange with neighboring cultures during its peak (beans, corn, amaranth, peppers, tomatoes and cereals).

The society of this culture was elitist: it was hierarchized through distinct classes, with the military nobility at the top, followed by a caste of officials and priests, lastly there was the strata of farmers, artisans and merchants.

Ceramics and wall painting were very frequent artistic manifestations in this culture, in which mythological scenes were commonly shown. 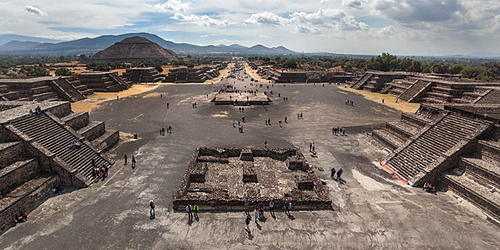 The Totonaca Civilization was a Mesoamerican indigenous people who lived mainly in the State of Veracruz and northern Puebla and the coastal region.

The most relevant of the Totonac culture was reached during the late classic when they built ceremonial centers such as El Tajín, Yohualichán, Nepatecuhtlán, Las Higueras, Nopiloa and Zapotal.

The Totonacas, like all the civilizations of Mesoamerica, were polytheists. The main cult surrendered to the Sun, with human sacrifices; They also worshiped the Goddess of Corn.

They made their clothes with natural textile fibers. The traditional garment of the totancas women was the "quechquémetl", an embroidered dress, wide and long, which is still worn among today's totonaca women. The men wore only a loincloth and plumes. 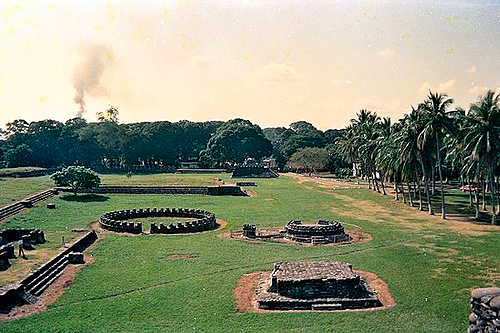 The Toltec was a culture that managed to transcend its time and be considered a model for the Mesoamerican societies that succeeded it.

It was located in the city of Tula, Hidalgo, it was one of the most important groups in Mesoamerica, so it is possible to find characteristic elements of that culture - such as ceramics and architecture - in different regions, and mainly ritual practices.

The most important ruler of Tula was Ce Ácatl-Topiltzin-Quetzalcóatl, and the traditions about his acts and his reign show him with an interesting mixture of human and divine attributes. Faced with a series of problems, which eventually led to the fall of the city, he left Tula to go to the Gulf coast, where he disappeared and where, according to tradition, he would one day return. 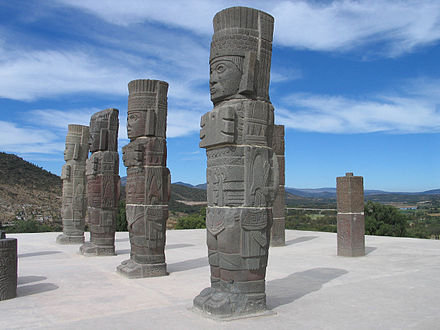 The Mexicas were the society that dominated most of the Mesoamerican territory at the time of the Spanish conquest.

Like the societies that preceded it, the Mexica was made up of several groups: peasants, artisans, merchants, warriors, priests and rulers, largely united by a common origin and culture, in which religion played a fundamental role.

In addition to a characteristic architectural style, based on their religious beliefs, the best known artistic expression of Mexican culture is the stone sculptures dedicated to representing either their gods or other aspects of their rich and complicated religious worldview, much fed by that of previous cultures and even that of the conquered peoples themselves. 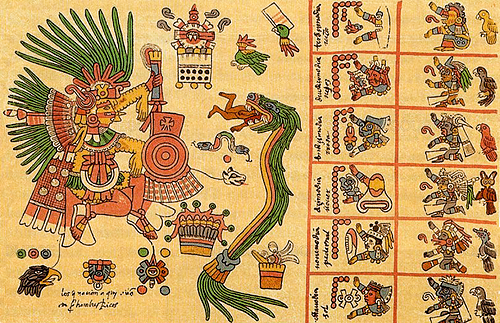