Phillip the Fair moved the papacy closer to France so he could monitor the Pope's actions better, leaving all the Popes to reside in Avignon. Eventually, Pope Urban VI would end Babylonian Captivity by going back to Rome after being usurped by Pope Clements VII, leading to the Great Schism. 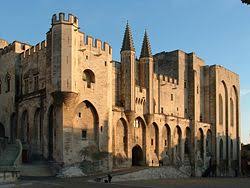 A period of time where population outpaced food growth due to irregular weather patterns despite all arable land being used. 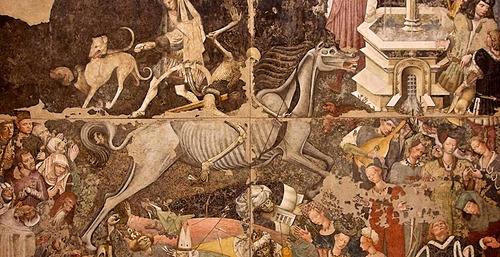 After dispute over the official French throne and the territory of Aquitaine, France and England enter a war. While England initially has the upper hand, factors like Joan of Arc and the British Parliament cutting off funding eventually allows France to win. Because the war was fought on French territory, French land was devastated, but both sides experienced major casualty loss. Finally, both countries had increased technology and the British Parliament consolidated their power. 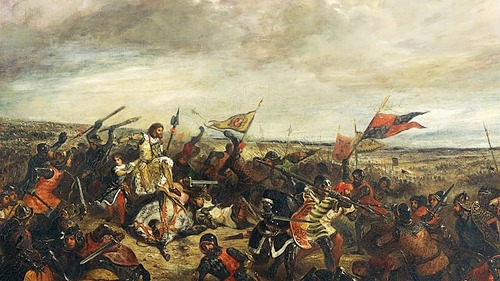 The Black Plague came from Asia to Europe, wiping out nearly half the European population. The faithful believed that it was because of God punishing them and repented through flagellants and pogroms, but others became skeptic of the Church due to priests escaping their countries. 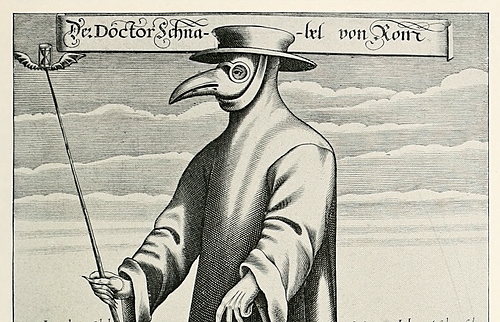 A peasant revolt in response to heavy taxes disproportionately affecting the peasants and the poor. Nobles were assassinated and castles were burned until the upper class ended it with force. 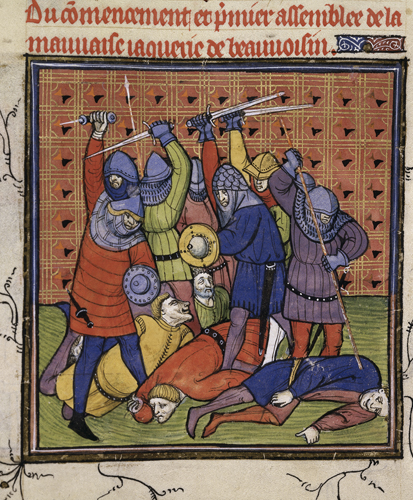 During Babylonian Captivity, many of the Popes tended to reside in Avignon rather than Rome. After a new Pope, Urban VI, is elected, backlash causes the Cardinals to elect Pope Clement VII. Urban VI moves back to Rome and claims himself to be the true Pope, causing Europe to become split over which Pope they support (their decisions were usually influenced by politics). The Council of Pisa tries to resolve this, but ends up adding a new Pope. Heretics call out the illegitimacy of the Church during this time, until the Council of Constance revolves the Schism by electing a new official Pope (Pope Martin V), executes heretics, and attempts to long-term reform the Church (but they were dissolved before they could). 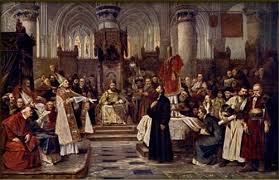 A revolt by the English peasants in 1381 involving both artisans and peasants, leaving devastation and Nobles to be murdered. This was caused by the British Parliament collecting unpaid taxes by force and in response to changing economic conditions. 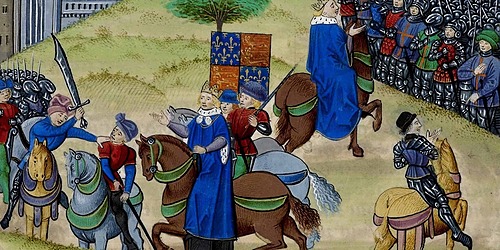