The Sugar act of 1764 replaced the Molasses act of 1733, which the tax rate for molasses at the time was 6 pence per gallon. It was so high that it was unprofitable, publicly the merchants claimed that the Sugar act would ruin their distilling industry, but behind doors they vowed to evade the duty by smuggling or by bribing the officials. 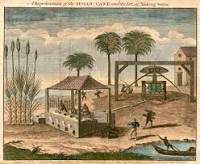 When the stamp act went into effect on November 1, 1965 several influential Americans at that time favored active but peaceful resistance and so they organized a boycott. Popular opposition went to violence quickly though, and mobs started to arise out of anger. 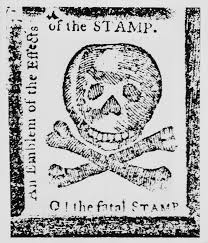 A group of 9 redcoats that march night fired into a crowd of people and killed 5 townspeople, a trial exonerated the 9 soldiers. Boston's Radical Whigs labeled the incident a massacre and used it to rally people against imperial power. 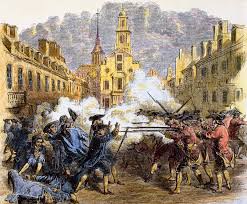 In 1773 the sons of liberty prevented East Indian Company ships from landing in New York, Philadelphia, and Charleston. So Royal Governor Hutchinson wanted to land the tea and collect taxes in Massachusetts and was determined. At that time unknown to him artisans and laborers were planning to board three ships disguised as Indians, they made it aboard and broke open 342 chests of tea and threw them into the harbor. 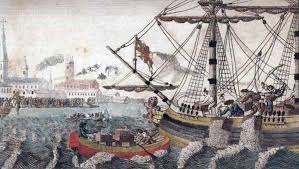 Dunmore's war against the Shawnees

When the British pulled out their funding at Fort Pitt the army tore down its walls and Virginia and Pennsylvania took over. Even though Pennsylvania had a better claim on paper, because of its Quaker roots it did not organize a militia. So Virginia's royal governor the Earl of Dunmore saw it as an opportunity, in the summer he called out Virginia's militia and led a force of 2,400 men against the Ohio Shawnees. They fought a single battle and the Shawnees were defeated. 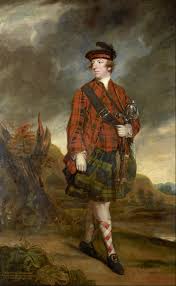 Starting during Dunmores war, independent parties started to explore and make claims on Kentucky land. Daniel Boone led one group to where they established Boonesborough, the Shawnees and other Ohio Indians opposed the settlers. The colonists made tiny towns to protect themselves groups of cabins connected by palisades to form small forts. The western settlers had confused political royalties, some marching under Dunmore and others Patriots. As the rebellion unfolded though most recognized that the Patriots love for liberty and equality squared with their view on the world. They soon petitioned Virginia's rebel government asking it to create a new country that would include the Kentucky settlements. They had fought for the land in Dunmore's War and wanted to fight against the crown and it's Indian allies in Ohio. Virginia agreed and made 6 new colonies and sent supplies to Kentucky such as ammunition. In July Continental Congress followed dispatching troops and arms to the Ohio River too. 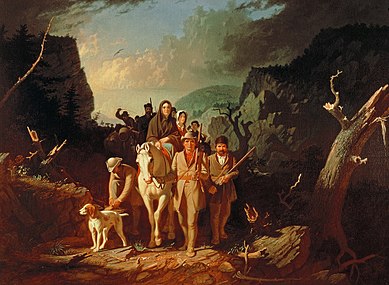 In May, patriot leaders gathered in Philadelphia for the second Continental Congress. As the Congress opened, 3,000 British troops attacked fortifications on Breed's Hill overlooking Boston. Inspired by all the casualties John Adams exhorted the congress to rise to the "defense of American liberty" by making a continental army. 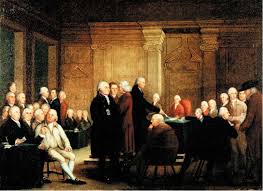 Patriots skirmish with loyalists in south

Skirmishes broke out in the south between Patriot and Loyalists forces, in Virginia Patriots forced Governor Dunmore to take refuge on a British warship in Chesapeake bay. He was now considering the rebels "traitors" and organized two military forces. He made a promise saying that if black slaves and white indentured servants joined the loyalist cause they would be freed. A rebellion from the slaves and servants seemed possible after hearing this, the white planters denounced the "Scheme" saying it was pointing a dagger at their throats. Frightened by Dunmore's tactics Patriot yeoman and tenants called for a final break with Britain. In North Carolina military clashes made demands for Independence, Josiah Martin their royal governor raised a loyalists force of Scottish highlanders. Patriots then mobilized low country militia and defeated Martins army. Following this victory Patriots in North Carolina told its representatives to the continental congress to join the other colonies in declaring independence. Virginia followed and the Patriots met in convention resolving unanimously to support independence. 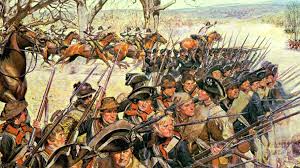 With military conflicts escalating, Americans felt divided about their opinions of the current king, King George III. With all this division a pamphlet helped sway people, it was released in January of 1776 the author Thomas Paine released the pamphlet calling it "Common sense". Which became a great call for independence, Paine in the past had served as a small customs official in England until he was let go because he joined a protest wanting higher wages. He then moved to Philadelphia and met other Patriots who shared similar views. In "Common Sense" he assaults the monarchy also leveling a personal attack of King George III. He urged for independence and within 6 months Common Sense had reached thousands of people. 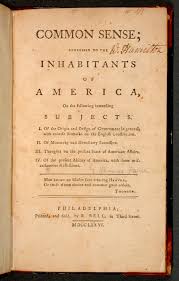 Inspired by Paine's pamphlet Patriots urged a break from Britain. Richard Henry Lee then went on to represent Virginia and tell the Continental Congress why the colonies ought to be free and independent states. The Loyalists knew they didn't stand a chance and withdrew from congress, leaving Patriots to make the step that was inevitable. The Congress went on to approve the Declaration of Independence, it then sparked support in France and Germany and at home they celebrated their freedom. 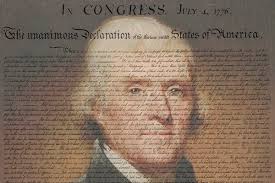