Ancient Greek democracy is known as one of the first known democratic systems to be set up. For about 100 years Athens had a direct democracy. In began in the year 507 B.C., when the Athenian leader Cleisthenes introduced political system which he named demokratia, meaning “rule by the people”. This system was divided into three institutions : the ekklesia, the boule and the dikasteria. Not everyone was allowed to participate in this democracy, in fact, only male citizens who were part of the demos, had the right to vote and participate.

This was considered as one of Greece’s largest contributions to the world as we know it today. This system set up the future representative democracies all over the world. Because of the restriction on the voting process, this is not a truly accurate representation of classical liberalism, although it was a step towards the right direction.

The Magna Carta is deemed to be one of the most important documents in history. It is a document that was published in June 1215, in Runnymede, and was signed by King John. This document stated that everyone, including the king, is subject to the law. Included was the guaranteed the rights of the individual and the right to justice and a fair trial. King John signed this document after the uprising of a group of rebel barons in England. This charter was considered something like a compromise between the King and the rebel group. King John was a highly unpopular king who ruled with tyrannical monarchy. The Magna Carta strived to reach the end of this absolute power by making everyone accountable under the law.
Although this treaty was annulled by the Pope Innocent III, contributed to the ideas of classical liberalism we have today; the idea of protection of individuals, and the rule of law. Today, only three of the original clauses in Magna Carta are still in use. One defends the freedom and rights of the English church, another confirms the liberties and customs of London and other towns, and the third created a pathway for trial by jury by stating that no man could be arrested, imprisoned or have their possessions taken away except by “the lawful judgment of his equals or by the law of the land”. 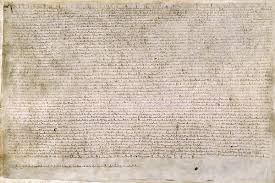 The Renaissance was a time period in Europe where there was larges changes to European culture and society. The word “renaissance” is French, and directly translated means “rebirth” in English. This was a period of time where there was cultural, artistic, political and economical rebirth. Many of the greatest thinkers, authors, statesmen, scientists and artists in human history were created during this period. Some of them included Leonardo da Vinci: an Italian painter, architect, and inventor as well as Galieo who used telescopes to describe the moons of Jupiter and the Rings of Saturn. The communication of these ideas and many others were made possible by Gutenberg, who invented the printing press. This allowed for the public to get their hands on these ideas communicated through the press. With the help of these Renaissance thinkers and many others, the world was being viewed in new ways no one thought possible.

The invention of the printing press allowed for people to become educated, along with the liberty of being educated. As these ideas were spread, people began to understand that all humans could do great things, which created a push for equal opportunities and education.

This confederacy is one of the oldest known democracy systems made up of the Mohawks, Oneidas, Onondagas, Cayugas and Senecas. After these nations had been at war with each other for many years, the confederacy was created to unite the nations and create a peaceful way of making decisions. When Tuscarora joined in the 18th century, it became known as the Six Nations. This confederacy is united by the Great Law of Peace,

There is much evidence that leads many to believe that the Haudenosaunee Confederacy was strong influencer in the creation of the United States Constitution, which was created by Benjamin Franklin and Thomas Jefferson. Both the Constitution and the Confederacy stressed the importance of unity, peace, and the freedom to seek ones own success. 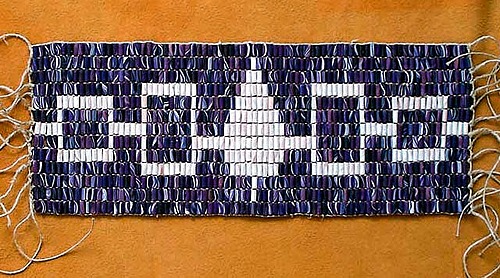 The Reformation was a major European movement that aimed to reform the beliefs and practices of the Roman Catholic Church. It is said to have singled the beginning of a new era. In 1517, Martin Luther posted 95 theses on the church door in the town of Wittenberg. These theses communicated the idea that the Bible was what communicated God’s word, not the pope. Luther was expressing how the Church had become corrupt. He believed that people couldn’t “buy the remission of their sins”, which is what the Church was communicating to the people. He was not happy that the people’s relationship with God was being controlled through the Church.

These theses enforced the idea of human rights and freedoms, specifically religious freedom. This created the idea that people should be able to practice their religion in a way they feel connected to their beliefs.

The Enlightenment was a time where Enlightenment thinkers started to question the traditional, accepted ways of their society. They believed in the power of reason. These thinkers communicated their ideas through books, essays, inventions, scientific discoveries, laws, wars and revolutions. Thinkers such as German philosopher Immanuel Kant pushed the idea of self discovery by stating “Dare to know! Have courage to use your own reason!”. This was pushing people to question what they were living with. People of that time started believing in science, and wanted explanations as to how things worked. They started to reject the idea of absolute monarchies and wanted to move towards liberal and equal societies. This was a very large step towards the ideas of classical liberalism. 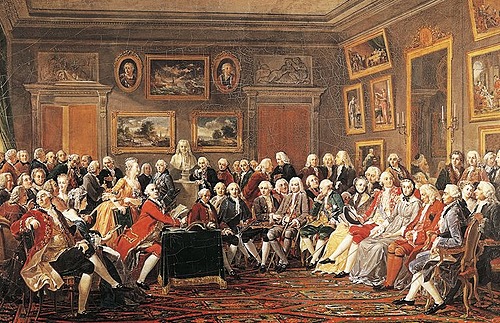 The Industrial Revolution brought light to the invention of many new machines and new ways of running factories. These new machines were working faster than people and more efficiently. The people were having their man made jobs replaced, and people from all over were coming to work with these machines. It transformed rural societies to industrialized, urban ones. This began in Britain and spread to the rest of the world by the 1840’s. With faster production of products, Britain could meet its high demand for goods, from home and from abroad. Steam power, communication, and banking were elements that were soon after introduced into this revolution. Competition between businesses began to heighten.

With this Revolution, self interest began to augment. Economic freedom became a concept, but unfortunately along with that, the treatment and conditions of the factory workers worsened. This is an issue that is dealt with in the future. This revolution brought on competition as people pursued their own self interest. 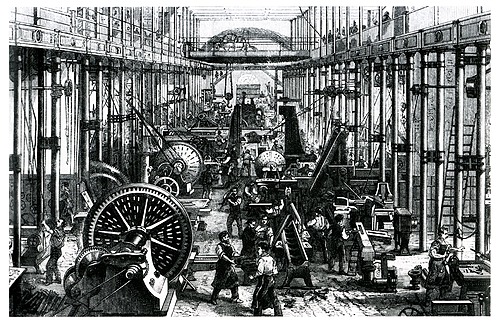 The American Revolution arose from tension between residents of Great Britain’s 13 North American colonies and the colonial government, which was under the rule of the Crown. Armed fighting began in Lexington and Concord in April of 1775 between British troops and colonial militia, and by the following summer, the colonies were in a full out war, fighting for their independence. When France entered the war on the side of the colonies, in 1778, a conflict that had originally been a civil war, turned international. With the help of France, the colonies earned their freedom as Britain was forced to surrender.

Once the colonies were separate from Britain, they formed their own democracy with ideas taken from the Enlightenment. With this, they gained their rights, freedom and property. 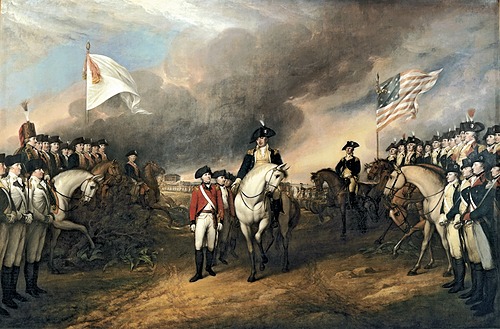 French citizens had decided they had had enough of the feudal system and the absolute monarchy that they were living beneath. Under the rule of King Louis XVI, the people were not happy. He ruled with monarchy and poor economic policies. The third estate were looking for equality, rights and freedoms. This revolution brought many revolts on France and its ruler, who ended up being sentenced to guillotine, along with his wife, Marie Antoinette. This revolution consisted of events such as the Tennis Court Oath, the storming of the Bastille, and the Great Fear. Eventually, the Declaration of the Rights of Men was produced in hope to solidify the ideas of democracy and political ideas of the Enlightenment thinkers. This was then followed by the Reign of Terror, where the citizens of France were thrown into a violent and brutal society. Finally, with the rise of Napoleon, the French Revolution is put to an end.

The promotion of individual rights and freedoms was communicated through the Declaration of the Rights of Men contributed to the idea of classical liberalism. 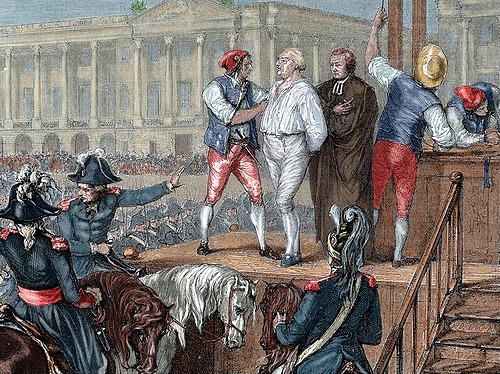 With the ideas of classical liberalism embedding itself in society, the social classes began to change. Instead of being organized into social classes, classes were now being developed based off of wealth. Now people were all able to seize opportunities to pursue their self interest and success, those who wanted to work to become wealthy were now able to do what they wanted. There was freedom to buy and sell what one wanted. Economic freedom was evident in the society. People could buy and sell private property, as that was a large principal of classical liberalism.