Migration of the Mycenaeans

The Mycenaeans, a group of Indo-Europeans, settled in Greece and built a city known as Mycenae in southern Greece. They interacted with the Minoans, who lived on the island of Crete, and adopted their culture.

The Dark Ages of Greece

During this period, the Dorians, a nomadic tribe, invaded Greece. They had no writing system, so government and trade were affected. Epics and myths, which were forms of oral storytelling, were popular at this time.

This war was fought between Persia, led by Darius the Great, and various city states in Greece and Anatolia. Persia wanted to conquer land to build their empire, but Athens defeated Persia. Persia wanted revenge against Athens. 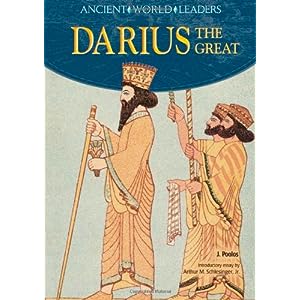 Pheidippides ran 26.2 miles from Marathon to Athens to deliver the message that Persia is coming towards Athens and to prepare themselves for war. He immediately died afterwards, and Athens defeated the Persians because of this.

A total of seven thousand Greeks held a narrow mountain pass in Thermopylae and kept the Persians from getting through. The Spartans realized that the Greeks were not going to win, so they stayed behind and ultimately sacrificed themselves. This allowed the Athenians to prepare themselves for battle.

Xerxes, the commander of the Persians, returned to Athens in order to avenge his father, who was Darius the Great. He rebuilt the army and entered Greece by land in the north. Athens defeats the Persians, and they become very wealthy and powerful.

After the Persian Wars, Athens became very powerful and wealthy. They became the leader of the Delian League, which was a group of Greek city-states who promised to join forces if any invading empire threatened them. They even built a mini empire in Greece.

At this time, the Olympics were running well. Some athletic events included long-distance running, javelin, discus, and wrestling. The Olympics took place in Olympia and were meant to honor Zeus, the supreme god of the heavens. Olympians would demonstrate arete, the ultimate Greek ideal of virtue and excellence.

After Athens won the Persian Wars, they received glory and power. The other city-states became jealous, especially Sparta. Sparta declared war on Athens, which was led by Pericles, and they fought for about ten years. Then, a truce was made between Sparta and Athens, but they began fighting again after six years. Finally, Athens surrendered to Sparta.

After the Peloponnesian War, the Athenians started to question themselves because they lost faith in their democracy. Philosophy was developed in order to answer specific questions about the universe. The three main philosophers of ancient Athens were Socrates, Plato, and Aristotle. Socrates wanted people to question themselves, and Plato believed that leaders should question themselves, but problems that occur are not entirely their fault. Aristotle applied logic to science and developed the scientific method.

The Greek city-states were separated due to the Peloponnesian War. Philip II of Macedonia, which was a kingdom to the north of Greece, invaded these city-states. They eventually gave in to Philip II, and they were unified for the first time in Greek history.

Alexander the Great, who was the son of Philp II, invaded Persia and Egypt after his father's death. The Egyptians welcomed him as a liberator from their past pharaohs, but Persia did not like him. He tried to conquer the Indus Valley; however, he was unsuccessful. He died of a fever while traveling home.