Macau was lent to the Portugese at first as a trading post, but remained under Chinese authority. Portugese settlers also settled in Macau around this time period. Macau would later become a colony of the Portuguese empire in 1887.

The Spanish Formosa was a small colony established in the north of Taiwan from 1626 to 1642. In 1642, the last fortress of the Spanish was attacked by Dutch forces, where it eventually fell, giving the Dutch most of the control over the island of Taiwan (also called Formosa).

Beijing becomes the Capital of China

Kublai Khan (grandson of Genghis Khan) made Beijing the Capital of China during the Yuan Dynasty. However, between the reigns of the first and second emperors of the Ming Dynasty, the capital was moved to Nanjing. It was the third emperor of the Ming dynasty that moved the capital back to Beijing (and it still is the capital to this day).

This border treaty was called the Treaty of Nerchinsk. It was a peace settlement between Russia and the Manchu Chinese empire that checked Russia's rapid eastward expansion.

The British open a trading post in Canton (Guangzhou)

Chinese tea became very popular in Britain, and the British also liked to import other goods from China like spices and silk. However, the Chinese were not very interested in what the British offered them for trade, and this became a problem when the British had to compensate for the large amount of Chinese tea they kept exporting. The First Opium War between China and Britain

This war was fought over the conflicting viewpoints on diplomatic relations, trade and the administration of justice. Chinese officials wished to control the spread of opium, and seized supplies of opium from British traders.The British government, didn't officially deny China's right to control imports, but objected to this seizure and used its military power to violently to sort out this problem.
http://t3.gstatic.com/images?q=tbn:ANd9GcQO4pf6CFZal25xRUaEcv6ltnFZHLKByoeH1j8ci7qeDKpkY6ALDA

The unequal treaty was signed between England, Ireland and the Qing Dynasty. This treaty marked the end of the Opium war. The main purpose for this treaty was to change the framework of foreign trade which had been in force since 1760. The Qing Dynasty agreed to make the island of Hongkong a crown colony, ceding to it to the British Queen,in order to provide British traders with a harbour where they could unload their goods. 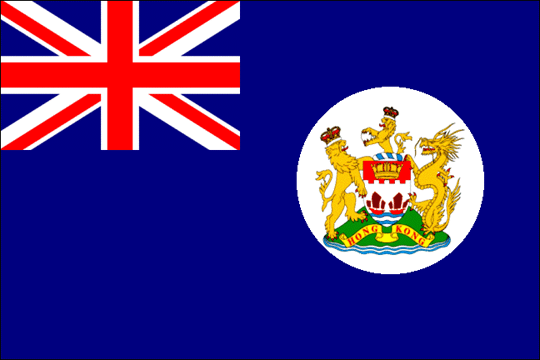 This was a massive civil war in Southern China against the ruling Manchu-led Qing Dynasty. This rebellion was led Hong Xiquan as Hong's vision convinced him that he was the younger brother of Jesus Christ, therefore he saw it as his duty to free China from Manchu rule. His army captured Nanjing and they renamed it as Tainjing ( Heavenly Capital). Their attempts to capture Beijing failed. Overall, 20 million people died during this rebellion, mainly civilians. This was one of the deadliest military conflicts in history.
http://www.sacu.org/art/gs678.jpg

The second Opium war was fought by the Qing Dynasty on one side and the French and British forces on the other. The direct cause of the war was when Chinese officials boarded a Chinese owned ship, named the Arrow and arrested 12 Chinese subjects for piracy. The British claimed that the ship was recently registered by the British and was under the treaty of Nanjing, and so they objected to the move. The British also claimed that the vessel was flying the Union Jack and that this move by the Qing had offended British supremacy.The British asked for help from both the French and the United States.

After the Arrow ship incident, the French and the Britsh tried to go to Beijing, but the Qing dynasty Emperor denied access. A battle ensued, which forced the retreat of Western forces from near Beijing. In 1860, a mass of British and French forces captured Yantai, Dalian and Teinstin. Afterward, they proceeded to march to Beijing again, which they captured on October 6. The Chinese ratified the Treaty of Tianjin in 1860, which effectively ended the war.

Macau becomes a part of the Portuguese Colony

Macau was a colony of the Portuguese empire until 1999, when it was the last remaining European colony in China.

This war was fought between Qing Dynasty and Meihi Japan, primarily over control of Korea. After more than 6 months of continuous successes by the Japenese army and naval forces and after the loss of the Chinese post of Weihai, the Qing leadership sued for peace in Feburary 1895. By 1895 British had gained control of two-third of Chinese trade.

The end of Qing Dynasty

The rule of Qing Dynasty ended proclamation of nationalist china. After the Qing Dynasty dissolved in 1912, it put an end to over 2,000 years of Imperial rule. The republic was nominally unified under the Chinese Nationalist Party.
http://t3.gstatic.com/images?q=tbn:ANd9GcTFxx8VqAUZ7FgxbfIivFsIo-f_9Z-yI1sfKuoOkfcFoIlXbBXolQ

China joins world war I on the side of Britain, France and The states, the first ever that Chinese soldier walk into another continent.

Formation of the PLA

People's Liberation army was formed as the army of the Communist party of china.
http://t2.gstatic.com/images?q=tbn:ANd9GcQLwBbSEXtIIq9dnAxAyDIxRm8pHxCg8t0v6V5S1t8nNwk-fa7c

Proclamation of the republic of China

Mao Zedong, having led the Communists to victory against the Nationalists after more than 20 years of civil war, proclaims the founding of the People's Republic of China.
http://t0.gstatic.com/images?q=tbn:ANd9GcSMgWoHCcxtGL84-raoja-pkEi5E8Y9sX0S-h2FdWf_TkeetrYTZg