U.S Army officer in the War of 1812. At the onslaught of the Mexican-American War, Kearny was sent to seize Mexico and California. 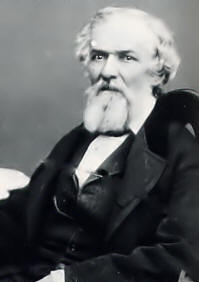 American Presbyterian minister, journalist, newspaper editor, and abolitionist. He was murdered in 1837 by a pro-slavery mob.

Delany was an African-American Abolitionist. journalist, and early black nationalist. In 1843, he began publication of a black-controlled newspaper called The Mystery, a response to Garrison's Liberator. In May of 1859, Delany sailed from New York to Liberia to investigate the possible finding of a new black nation. From 1859-1862, Delany published parts of Blake: Or the Huts of America. 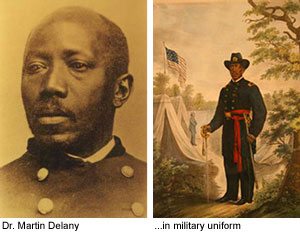 Douglas was an American politician from Illinois. Created an uproar with the Kansas-Nebraska Act of 1854, which provided territorial organization for the region. Douglas also believed in the idea of popular sovereignty, which gave the people the right to decide on slavery.

Prominent American abolitionist, author, and orator. Born a slave, Douglass escaped at 20 and became a renowned anti-slavery activist, For 16 years, he edited an influential black newspaper. Well known revivalist, author, pastor, college professor, and reformer. Ordained a Presbyterian minister in 1824 and in 1835 he began work at Oberlin College. From 1851 -1866 Finney was president of Oberlin College. Finney wrote In Lectures of Revival in 1835, where it was later published in book form but rejected for its theological differences.

Migratory trend that began in the 1830s.

Began with the idea of purchasing and transporting slaves to Free African States, which had little success. Movement split into two sides - radical followers and those who petitioned Congress. Liberty Party called for no expansion of slavery into new western territories

1831, Created the Liberator = slaves should be emancipated immediately. 'Hard Headed' approach meant he came across a lot of opposition from abolitionist groups. Between 1836 and 1844, the U.S. House of Representatives adopted a series of resolutions and rules that banned petitions calling for the Abolition of Slavery. Known as gag rules, these measures effectively tabled antislavery petitions without submitting them to usual House procedures.

Known as one of the most forceful temperance orators in the Western States. From 1836-1840, Weld worked as an editor for The Emancipator. In 1839 he and his wife co-wrote the book: American Slavery as it is: Testimony of a Thousand Witnesses.

Bloodless conflict over the disputed boundary between the US State of Maine and the British-Canadian Province of New Brunswick. Minor political party in the United States in the 1840s. The party was an early advocate of the abolitionist cause.

10th President of the U.S, served 1 term in office

Signed August 9, 1842, this treaty resolved boundary disputes between the United States and the British-Notrh American Colonies.

On June 1, 1843 Truth changed her name to Sojourner Truth, she became a Methodist. She gave many speeches such as the ones at the Mob Convention, American Equal Rights Association and the Eighth Anniversary of Negro Freedom. Her most notable speech given at the Ohio Women's Rights Convention was called "Ain't I a Women?" During the Civil War, Truth helped recruit black troops for the Union Army.

Coined by James K. Polk in the Election of 1844, it described the boundary between California and the Oregon Territory.

11th President of the U.S, served 1 term in office

One of the major events leading to the American Civil War. It proposed to ban slavery in any territory to be acquired by Mexico in the Mexican-American War or in the future.

Short-lived political party that consisted of former anti-slavery members of the Whig Party. The Party opposed the expansion of slavery into the Western Territory arguing that "free men on free soil comprised a morally and economically superior system to slavery."

Treaty that officially ended the Mexican-American War. Nicholas Trist negotiated with Mexico to cede upper California and New Mexico, this was known as the Mexico Cession.

12th President of the U.S, served 1 term. Died in office from gastroenteritis.

Package of five bills passed in the United States in September 1850, which diffused a four-year confrontation between the slave states of the South and the free states of the North regarding the status of territories acquired during the Mexican-American War.

The Fugitive Slave Law or Fugitive Slave Act was passed by the United States Congress on September 18, 1850, as part of the Compromise of 1850 between Southern slave-holding interests and Northern Free-Soilers.

13th President of the U.S and the last member of the Whig Party to be in office as President, served 1 term.

Supported by people like Stephen Douglas, Popular Sovereignty was the right of residents of territories to decide by voting whether or not slavery would be allowed in the territory.

The Underground Railroad was a network of secret routes and safe houses used by 19th-century black slaves in the United States to escape to free states and Canada with the aid of abolitionists and allies who were sympathetic to their cause.

Stowe wrote Uncle Tom's Cabin, an anti-slavery novel. After the start Civil War, Stowe traveled to D.C where she met with President Lincoln in November of 1862. 14th President of the United States, served 1 term in office.

Walker made an expedition to Mexico where he petitioned that a colony be created that would serve as a fortified frontier for the U.S. Mexico turned down the colony idea, but Walker wouldn't go down without a fight. On October 15, 1853, Walker set out with 45 men to conquer the territories of Baja and Sonora. This 'illegal war' landed Walker on trial under the Neutrality Act of 1794.

Series of violent political confrontations involving anti-slavery Free-Staters and pro-slavery "Border Ruffians" that took place in the Kansas Territory and the neighboring towns of Missouri between 1854 and 1861. Also called Perry Convention, this treaty was Japan's first treaty with a Western region. It marked the end of Japan's period of seclusion. The treaty was signed as a result of pressure from U.S. Commodore Matthew C. Perry, who sailed into Tokyo Bay with a fleet of warships in July 1853 and demanded that the Japanese open their ports to U.S. ships for supplies.

American military officer, explorer, and in 1856 Fremont was nominated as the first candidate of the anti-slavery Republican Party.

Sumner gave a speech in front of the House called "The Crime Against Kansas." While sitting at his desk, he was approached by Preston Brooks, who said, "You've libeled my state and slandered my white-haired old relative, Senator Butler, and I've come to punish you for it." After he said this, Brooks assaulted Sumner with his cane repeatedly, he was sentenced to jail and Sumner spent years recovering.

15th President of the U.S, served 1 term in office.

Mass financial panic caused by declining economy worldwide and the expansion of the domestic economy.

The Impending Crisis of the South

Properly known as The Impending Crisis of the South: How to Meet it was a book written by Hinton Rowan Helper in New York in 1857.

Tubman was an African-American abolitionist, humanitarian, and Union spy during the American Civil War. Tubman was born into slavery, she eventually escaped and made it her mission to rescue more than 70 slaves via the Underground Railroad. In 1858 she was introduced to John Brown, who would later carry out an unsuccessful raid on Harpers Ferry. Before the raid, Tubman helped Brown recruit troops.

was an American abolitionist who believed armed insurrection was the only way to overthrow the violent system of slavery in the United States. In October of 1859, Brown led a raid on the Harpers Ferry Armory with 18 men.

Famed U.S Army general during the War of 1812, Mexican-American War, Aroostook War, and Civil War. As the Civil War came around, Scott was 74 years and in bad health. After coming to terms with his ailments, Scott handed command over to General Robert E. Lee.