Initial Jomon (ca. 8000–5000 B.C.).
By this period, the gradual climatic warming that had begun around 10,000 B.C. sufficiently raised sea levels, so that the southern islands of Shikoku and Kyushu were separated from the main island of Honshu. The rise in temperature also increased the food supply, which was derived from the sea as well as by hunting animals and gathering plants, fruits, and seeds. Evidence of this diet is found in shell mounds, or ancient refuse heaps. Food and other necessities of life were acquired and processed with the use of stone tools such as grinding rocks, knives, and axes.

Japanese culture began known as Jomon at the time

Change:
- Emperor became just a figurehead and Japan became run by shoguns
- Feudal system was established
- Social hierarchy was changed
- Friendly interaction with Korea began
- Arts and literature thrived.
Continuity:
- China continued to have influence on Japan.
- Women were still not equal to men.
- The Japanese state was still unified under the figurehead. Early Jomon (ca. 5000–2500 B.C.).
The contents of huge shell mounds show that a high percentage of people’s daily diet continued to come from the oceans. Similarities between pottery produced in Kyushu and contemporary Korea suggest that regular commerce existed between the Japanese islands and Korean peninsula. The inhabitants of the Japanese islands lived in square-shaped pithouses that were clustered in small villages. A variety of handicrafts, including cord-marked earthenware cooking and storage vessels, woven baskets, bone needles, and stone tools, were produced for daily use.

Middle Jomon (ca. 2500–1500 B.C.).
This period marked the high point of the Jomon culture in terms of increased population and production of handicrafts. The warming climate peaked in temperature during this era, causing a movement of communities into the mountain regions. Refuse heaps indicate that the people were sedentary for longer periods and lived in larger communities; they fished, hunted animals such as deer, bear, rabbit, and duck, and gathered nuts, berries, mushrooms, and parsley. Early attempts at plant cultivation may date to this period. The increased production of female figurines and phallic images of stone, as well as the practice of burying the deceased in shell mounds, suggest a rise in ritual practices.

Late Jomon (ca. 1500–1000 B.C.).
As the climate began to cool, the population migrated out of the mountains and settled closer to the coast, especially along Honshu’s eastern shores. Greater reliance on seafood inspired innovations in fishing technology, such as the development of the toggle harpoon and deep-sea fishing techniques. This process brought communities into closer contact, as indicated by greater similarity among artifacts. Circular ceremonial sites comprised of assembled stones, in some cases numbering in the thousands, and larger numbers of figurines show a continued increase in the importance and enactment of rituals.

Final Jomon (ca. 1000–300 B.C.).
As the climate cooled and food became less abundant, the population declined dramatically. Because people were assembled in smaller groups, regional differences became more pronounced. As part of the transition to the Yayoi culture, it is believed that domesticated rice, grown in dry beds or swamps, was introduced into Japan at this time.

-In the year 710, the first permanent Japanese capital was established in Nara, a city modelled after the Chinese capital.
-Large Buddhist monasteries were built in the new capital. The monasteries quickly gained such strong political influence that, in order to protect the position of the emperor and central government.
-The capital was moved to Nagaoka in 784, and finally to Heian (Kyoto) in 794 where it would remain for over one thousand years.

-Pitted two of these great clans–the dominant Taira and the Minamoto–against each other in a struggle for control of the Japanese state. This war led all political power to go into the hands of the Samurai -During this time period the power of the emperor shifted him into becoming a political figurehead. One that was only there to seem to the public that they were in charge.
-Started in this time period and goes on for hundreds of years. 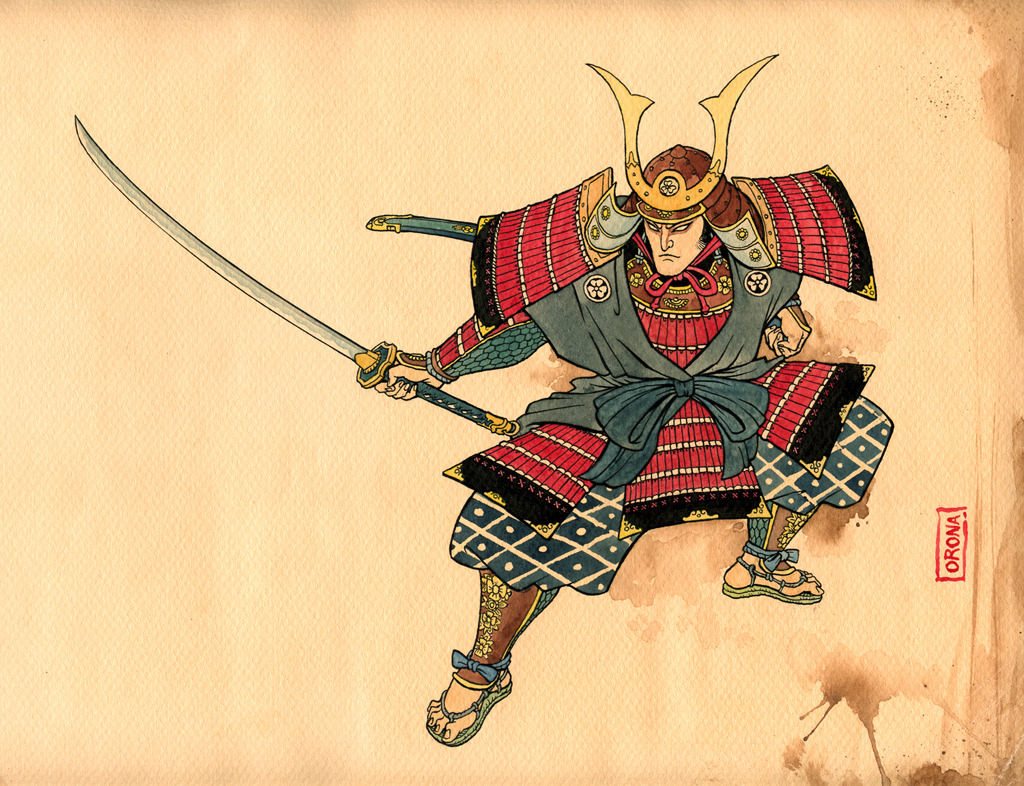 -Originated during the era of the Samurai. The name Bushidō was not used until the 16th century, but the idea of the code developed during the Kamakura period (1192–1333), as did the practice of seppuku (ritual disembowelment).
- The idea of bushido has been around for centuries, yet the name was not coined until the 16th century. Carrying on well into the later years.