First issue of The Shorthorn

Bylines used for the first time

First headline to go more than one column

Picture of Shorthorn bull used at top of masthead for first time.

First issue printed in a color other than black.

"The publication's annual promotion issue preceding the Tarleton football game was printed in blue and a cartoon dressed page one."
Whitt, p. 43.

First effort to set aside page for sports.

Prints the word "damn" in a story.

Story about the robbery of a coffee shop.
Whitt, p. 60.

First time the nameplate was "floated."

Floated means run anywhere other than the top of the page.
Whitt, p. 69.

"At the beginning of the school year, Professor Richards conducted an auction of lost articles found on the campus, and the Shorthorn shared the $72.65 proceeds with the Junior Aggie. Shorthorn, Oct. 6, 1942."
Whitt, po. 85.

Financial problems and resource shortages because of war

Reactions to financial problems and resource shortages because of the war. Sevel-column format is cut to five, body type reduced from 10 to 8 point, film and flashbulbs become scarce.
Page 7, 92nd Anniversary Edition.

"If they [the students] were not the best we've ever had, they were because of their year and their hearts, the bravest."

Was 16 years old when she became editor.

Photographers given credit for published photos.

Editor Bob Wright lobbied hard for money to build a new stadium. He also suggested the school needed a new name since the focus was no longer on agriculture.

Under editor Bob Wright, The Shorthorn suggests the school needed
a new name over the objections of adviser Duncan Robinson. The Shorthorn did not start the movement to call the school ASC, just supported it.
Page 8, 92nd Anniversary Edition.

Staff posed with the gold loving cup award in the May 16, 1950, issue of The Shorthorn.

Texas Intercollegiate Press Associaiton judges comment that The Shorthorn has too much flair and deny it an award.
Page 8, 92nd Anniversary Edition.

Legislature outlaws compulsory student activity fees and make them voluntary. The Shorthorn was unprepared for the loss of $1 per student it received.
Page 9, 92nd Anniversary Edition.

Shorthorn does not weigh in on mascot change to Rebels

Paul Blakney becomes adviser, English instructor, and public relations professional. He is credited with The Shorthorn's professional appearance during the 1950s and 1960s. Blackney died in his office in Carlisls Hall in 1974.
Page 10, 92nd Anniversary Edition.

Shorthorn creates story about a protest.

A photo on the front page showed someone holding an effigy in support of four-year status. Copies of the issue were taken up, then replaced by order of President E.H. Hereford. Staff were reprimanded for staging the demonstration for photographic purposes and reporting that "a torch-bearing flock of students flowed out of dormitories."
Page 11, 92nd Anniversary Edition.

Olga Rabon, first African American to work at The Shorthorn.

Shorthorn editorial declares this was probably the first divorce in history where everybody concerned lived happily ever after.
Page 14, 92nd Anniversary Edition.

Editorial publishes on "two kinds of protestors: those who fight for a cause and those who cause a fight."
Page 15, 92nd Anniversary Edition.

Black students give a list of demands to administrators. Shorthorn replies by reprinting Star-Telegram editorial: Why must our youth be such hell-raisers? Students try to remove Confederate motif pictures from the student center, deface a painting of a Confederate soldier and steal undistributed copies of The Shorthorn.
Page 16, 92nd Anniversary Edition.

John Dycus ushers in the computer age at The Shorthorn with a Mac SE30.
Page 22, 92nd Anniversary Edition.

May be only staff photographer to hold editor-in-chief position.
Page 23, 92nd Anniversary Edition.

Student Jeff Shaw worked at The Shorthorn and created the logo. 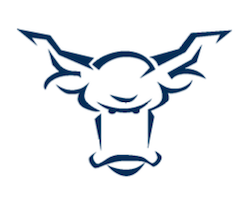 Pulse, an entertainment tabloid, publishes its first issue in the Thursday edition of The Shorthorn.
Page 27, 92nd Anniversary Edition.

Print reduced to once a week on Wednesdays.
http://www.theshorthorn.com/news/campus/the-shorthorn-holds-launch-party-for-digital-first-initiative/article_a0d90a8a-f6da-11e1-945f-001a4bcf6878.html

Grubbworms were never actually the mascot.

Women no longer had to wear uniforms.

This is a newer building than the Science Hall that was renamed Preston Hall in 1950.

Renamed in 1959 to be the E.H. Hereford University Center, the original building has been expanded many times.

The ASC Rebels beat Compton College at the Jr. Rose Bowl with a score of 20-13.

School of Arts and Sciences

Ernest Hooper, Jerry Hanes and Leaston Chase III are denied admission to ASC because of their race.

ASC joins the Southern Conference and allows black players for the first time.

University of Texas at Arlington

The building opened in 1922 as Arlington's first high school. It became Ousley Jr. High in 1956 when a new high school was constructed on Park Row. In 1968, AISD sold the building to UTA.

Rebel theme controversy leads to altercation outside of UC

Special Collections was launched by the generous donation of Texana by Jenkins and Virginia Garrett. Former President Wendell Nedderman said the gift was the greatest in the university's history.

This was the first branch library for UT Arlington. It was originally located on the second floor of the Fine Arts building.

Football is eliminated from UTA

Founding coincident with the appointment of the first dean.

Founding coincident with the appointment of the first dean.

John A. Kooken as Superintendent

In 1892 Mr. Grove served as Mayor of Arlington for one term. The old Grove homestead was located on East Main near where later the Mayfield Lumber yard was located.

At the time of his death, he was survived by two children, Mrs. Ella Elizabeth Grove Finley, who later married John Calvin Roy, and William Lockhart Grove. http://www.arlington-tx.gov/history/hall-mayors/nicholas-kenny-grove/

Received $10/month salary as mayor from 1951 to at least 1970. Probably his whole term. As per 12-06-1970 DMN article. Gave credit to his father who ran Vandergriff Chevy business and allowed Tom to work full time as mayor.
http://www.arlingtontx.gov/history/images/hallofmayors/tomvandergriff_th.jpg

Arlington get its first telephone exchange

Interurban begins running between Dallas and Fort Worth

This sign of friendship started a relationship between the two cities that is still going strong.

The Dallas-Fort Worth Turnpike opens

A committee is formed to study the feasibility of attracting minor league baseball to the DFW Metroplex. The committee is chaired by Tom Vandergriff.

Construction begins on the 10,000-seat Turnpike Stadium in Arlington. It was home to the Dallas/Fort Worth Spurs.

Arlington is awarded the franchise for major league baseball.
Turnpike Stadium is renamed Arlington Stadium and the seating capacity is expanded to 35,000.

The Texas Rangers and City of Arlington announce plans to build a new stadium complex adjacent to Arlington Stadium.

The Ballpark in Arlington opens. The first game is an exhibition contest between the Rangers and the New York Mets on April 1, 1994.

With a win over the New York Yankees, the Texas Rangers advance to their first ever World Series.

Texas Rangers advance to the American League Championship Series for the first time in franchise history and face the New York Yankees.

Texas Rangers sold to Chuck Greenberg and and Nolan Ryan

Baseball owners approve the sale of the Texas Rangers to a group led by Chuck Greenberg and Hall of Fame pitcher Nolan Ryan.

Texas Rangers win their first ever play-off series with a victory over the Tampa Bay Rays in Game 5 of the American League Divisional Series.

World War I starts in Europe

U.S. entry into World War I

Admitted to Perkins School of Theology.

Supreme Court rules that "separate but equal" is unconstitutional.

Although other districts in Texas desegregated quietly that fall, the mayor and police chief of Mansfield did not approve of this measure. When school started on August 30 of 1956, they joined over 300 whites in front of Mansfield High School. Their goal was to prevent the enrollment of the three black students. The town turned into complete turmoil as 3 black effigies were hanged as part of the demonstration.

Centennial of the Civil War