http://i01.i.aliimg.com/photo/v0/330040167/Classical_Wooden_Oars.jpg
Rowing oars have been used since the early Neothilic period; a canoe-shaped pottery and six wooden oars dating from the 6000 BC have been discovered in a Hemudu culture site at Yuyao, Zhejiang

http://sljglobal.wikispaces.com/file/view/ancient_mesopotamia.jpg/164861305/ancient_mesopotamia.jpgBy 1700 BC, symbols were carved on oracle bones and tortoise shells, shown at left. These are thought to be the first true Chinese writing. These picture words underwent a gradual evolution over the centuries until the pictographs changed into "square characters," some simplified by losing certain strokes and others made more complicated but, as a whole, from irregular drawings they became stylized forms 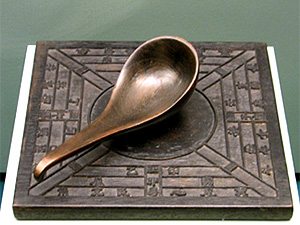 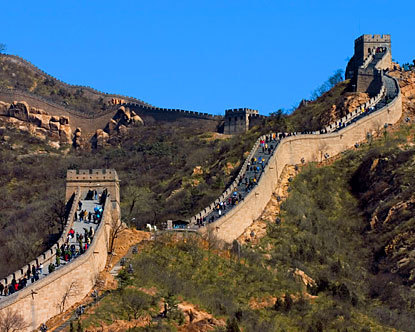 The building of the Great Wall of China, one of the legendary seven wonders of the world, began in 221 BC in an effort to keep Mongol invaders out 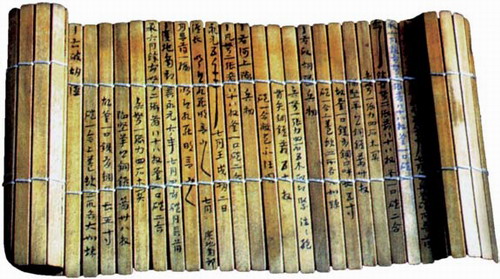 Although it is recorded that the Han Dynasty (202 BC–AD 220) court eunuch Cai Lun (b.c.50–AD 121) invented the pulp papermaking process and established the use of new raw materials used in making paper, ancient padding and wrapping paper artifacts dating to the 2nd century BC have been found in China, the oldest example of pulp papermaking being a map from Fangmatan, Tianshui;[8] by the 3rd century, paper as a writing medium was in widespread use, replacing traditional but more expensive writing mediums such as strips of bamboo rolled into threaded scrolls, and strips of silk, wet clay tablets hardened later in a furnace, and wooden tablets The instrument consisted of a rectangular wooden frame with parallel rods. Each rod holds beads as counters. The rods are separated into upper and lower parts by a crossbar. Each bead above the crosspiece is worth five units, and each below is worth one. The rungs or rods from right to left indicate place value in powers of ten -- ones, tens, hundred, and so on.

http://whoinvented.org/wp-content/uploads/2010/11/gunpowder.jpg
Chinese scientists discovered that an explosive mixture could be produced by combining sulfur, charcoal, and saltpeter (potassium nitrate). The explosive mixture, called huoyao, was used by the military in the 900's during the Tang Dynasty

http://arts.cultural-china.com/chinaWH/upload/upfiles/2009-04/23/a_blue_and_white_porcelain_plate_of_yuan_dynasty649b0bd1911b73ac56e7.jpg
It seems that porcelain was not a sudden invention, although some claim that Tao-Yue in the 600's AD was the legendary inventor of porcelain. He used so-called 'white clay' (kaolin) which he found along the Yangzte river where he was born. He added other types of clay to produce the first white porcelain, which he sold as 'artificial jade' in the capital Chang-an.

http://www.history-of-china.com/img/movable-printing-b.jpg
Woodblock printing: The earliest specimen of woodblock printing is a single-sheet dharani sutra in Sanskrit that was printed on hemp paper between 650 and 670 AD; it was unearthed in 1974 from a Tang tomb near Xi'an.[15] A Korean miniature dharani Buddhist sutra discovered in 1966, bearing extinct Chinese writing characters used only during the reign of China's only self-ruling empress, Wu Zetian (r.690–705), is dated no earlier than 704 and preserved in a Silla Korean temple stupa built in 751

http://open.jorum.ac.uk/xmlui/bitstream/handle/123456789/645/Items/AS208_1_006i.jpg
One of the greatest inventions of the medieval world was the mechanical clock. The difficulty in inventing a mechanical clock was to figure out a way in which a wheel no bigger than a room could turn at the same speed as the Earth, but still be turning more or less continuously. If this could be accomplished, then the wheel became a mini Earth and could tell the time.

Yi Xing, a Buddhist monk, made the first model of a mechanical clock in 725 AD. This clock operated by dripping water that powered a wheel which made one full revolution in 24 hours. An iron and bronze system of wheels and gears made the clock turn. This system caused the chiming of a bell on the hour.